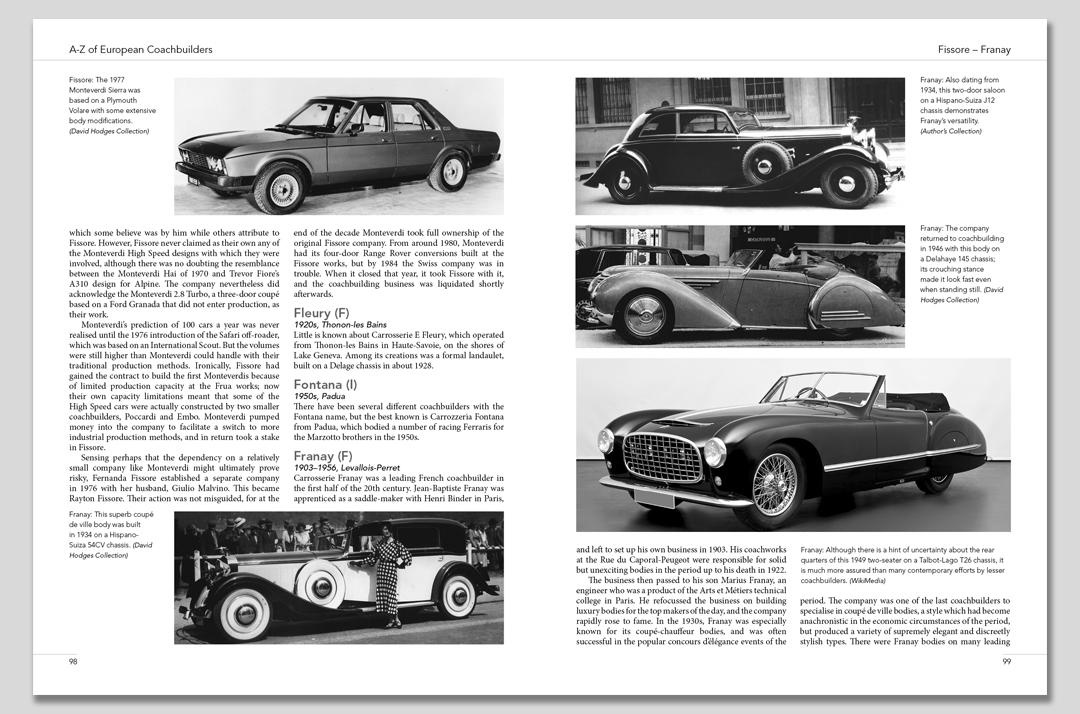 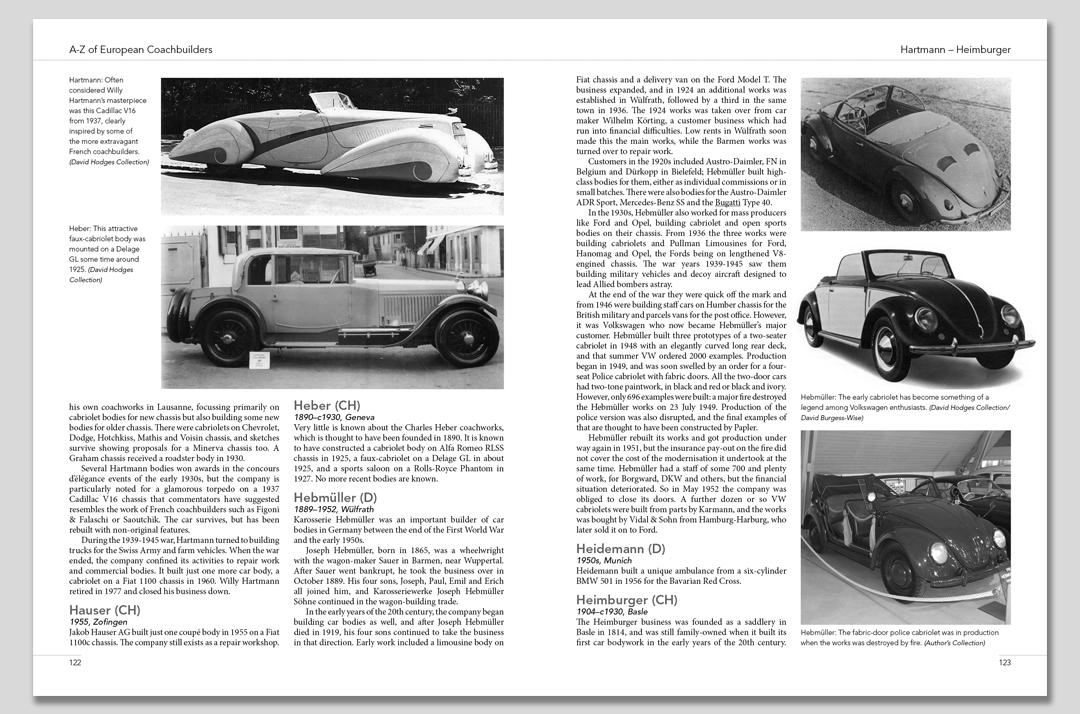 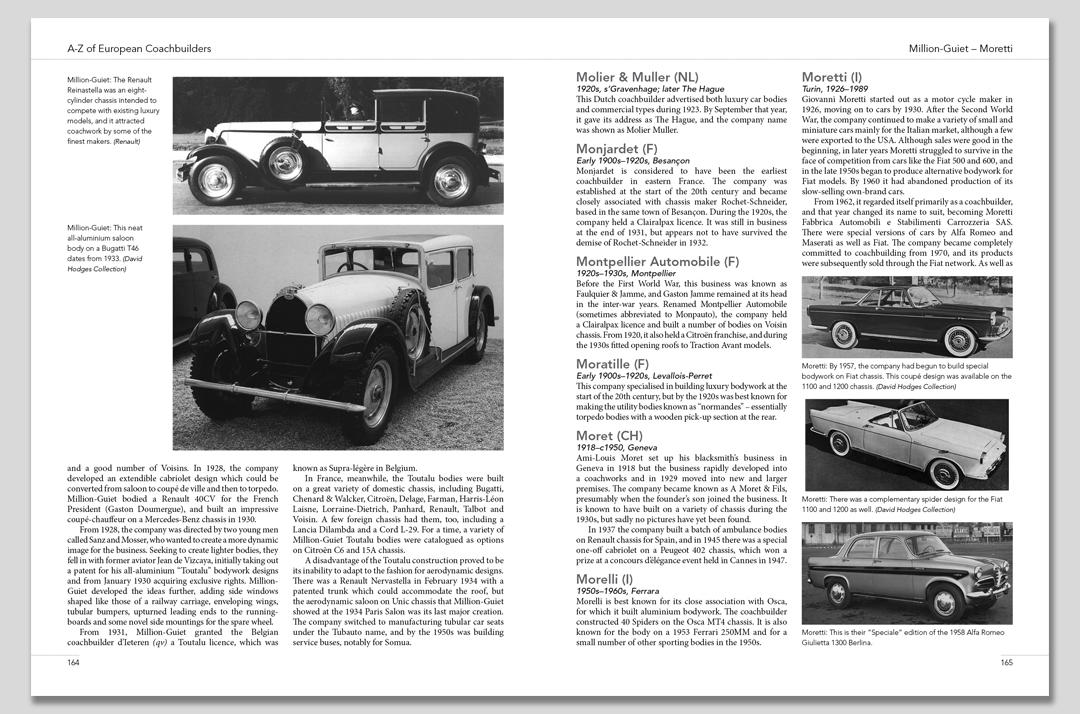 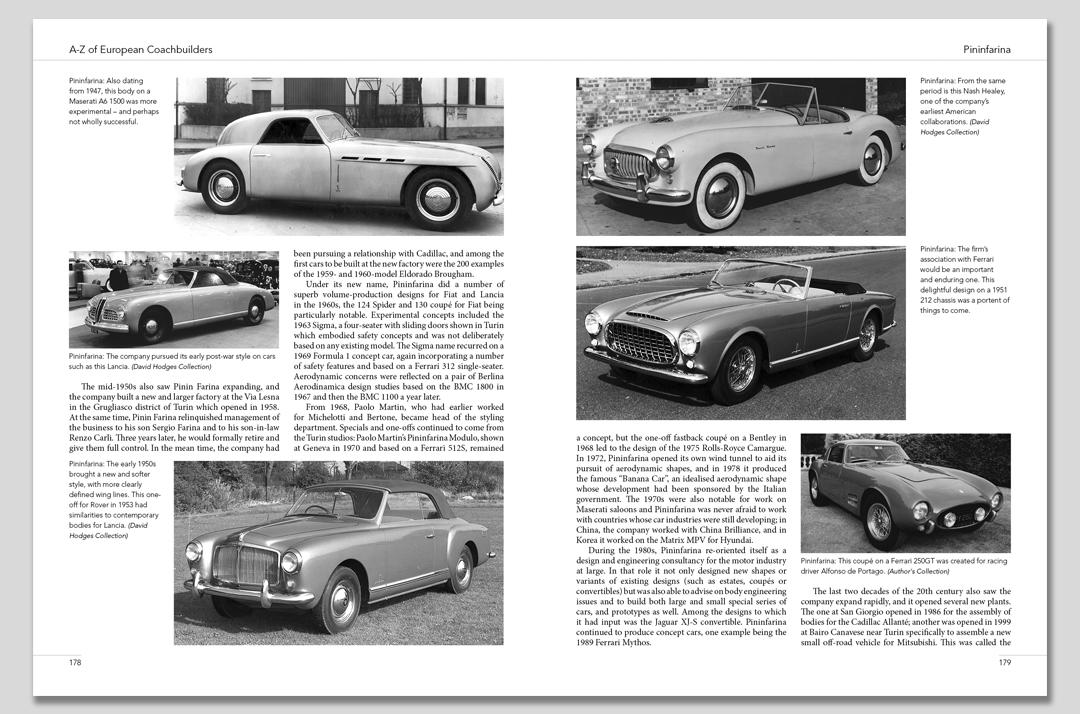 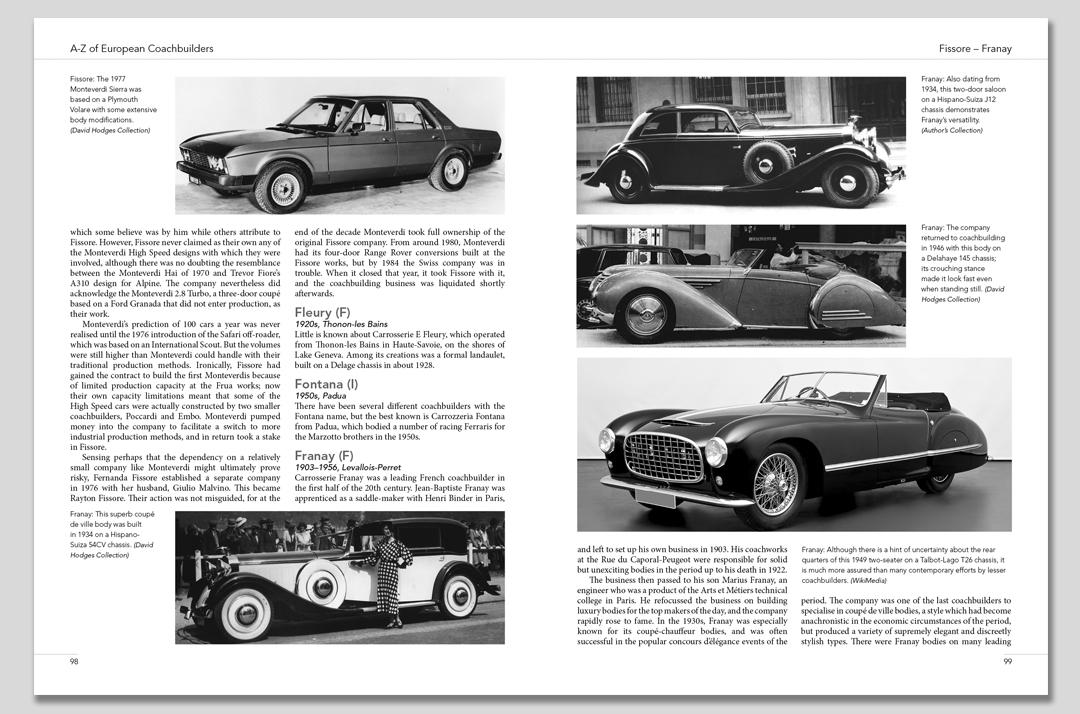 Coachbuilding is a subject of deep interest to many aficionados and students of the motor car and its history, even though the golden age of individually coachbuilt bodies is now long in the past. In the 1920s and ’30s a substantial proportion of car manufacturers around Europe, large and small, relied on coachbuilders to design and produce the bodies on their chassis. When it came to the grand marques such as Hispano-Suiza or Isotta Fraschini, it was the customer, not the factory, who decided which coachbuilder he would select for the task, and he would spend time with the chosen firm’s designers in order to arrive jointly at a design and specification to suit his tastes and requirements. After the Second World War, this type of business was in steep decline, replaced by collaborations between car manufacturers and bodywork design and build companies to produce bodies in numbers, or in volume.

From ACB of Paris (1934-91) to Zschau of Leipzig (1878-1939), by way of great names like Ghia, Erdmann & Rossi, Kellner, Pininfarina, Saoutchik and Zagato, this is an alphabetical reference guide to the major coachbuilders of western continental Europe – Austria, Belgium, France, Germany, Italy, the Netherlands, Spain and Switzerland.

The A-Z entries provide details of the history, activities and specialities of each coachbuilder, including the marques they bodied, while the book’s broad time span encompasses both the great era of hand-crafted bodies and the more recent field of conversions and special bodywork. More than 450 illustrations are included, tracing the evolution of car body design though most of the twentieth century 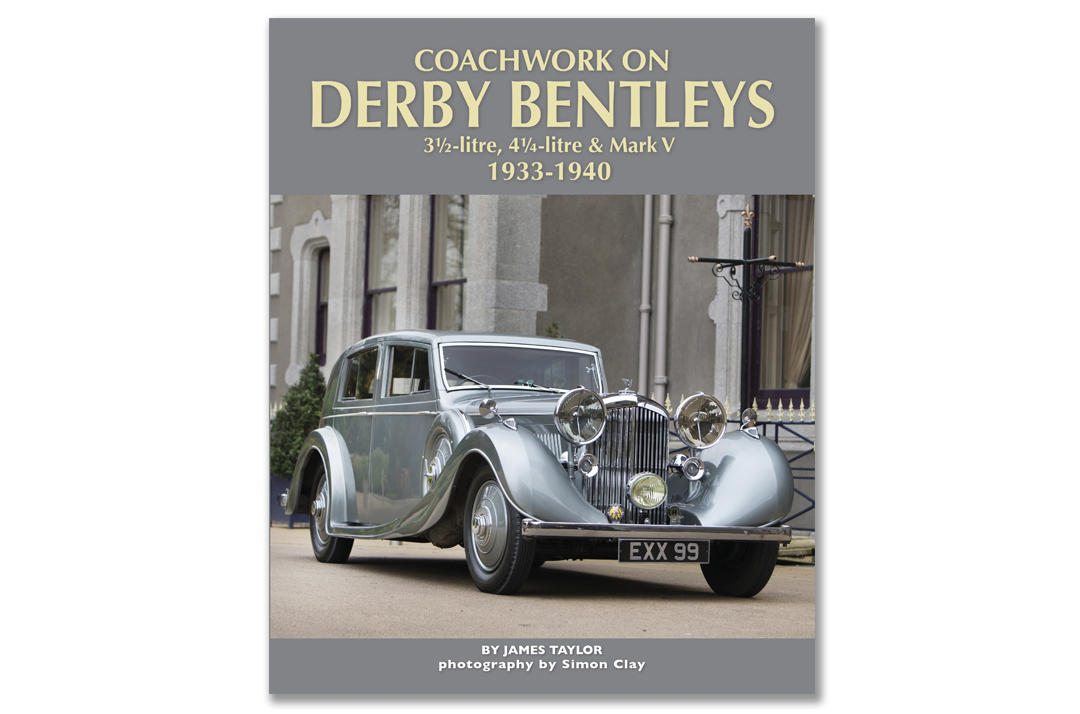