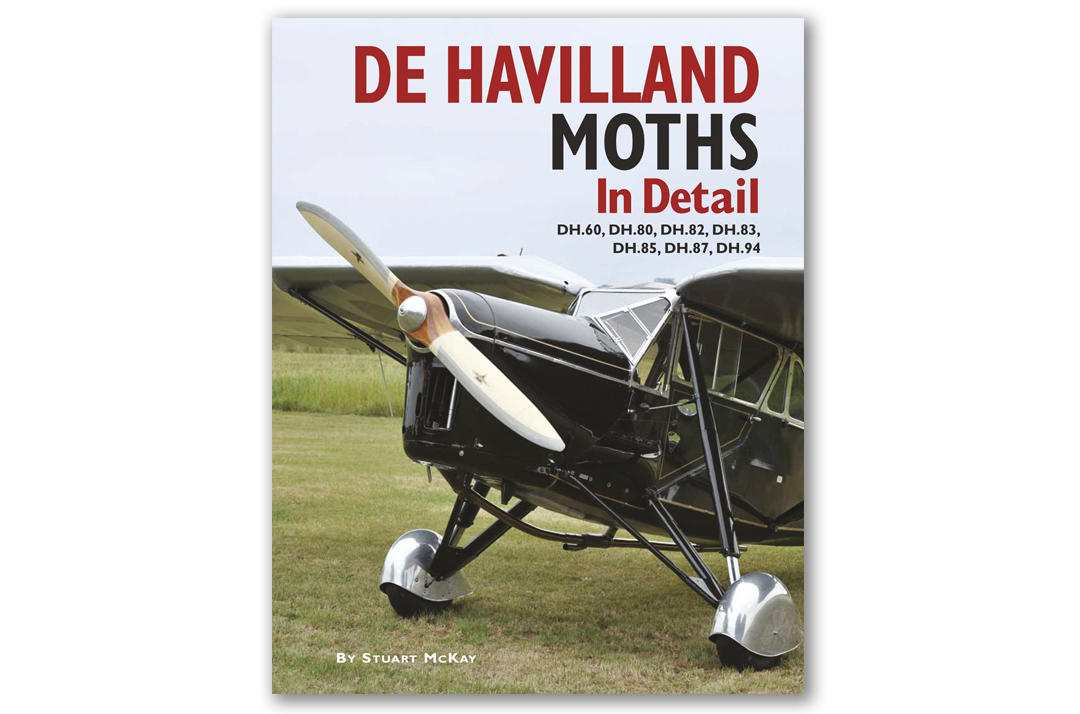 "Anyone interested in light aircraft development will
be fascinated to read this splendid book."Aeroplane

The de Havilland Aircraft Company was set up in September 1920 and was staffed by a small group of experts and enthusiasts handpicked from a declining industry by the company's founder, Captain Geoffrey de Havilland. They started business in the dilapidated premises of the former Royal Flying Corps training base at Stag Lane Aerodrome, north London, and faced the future with little money but high expectation and great optimism.

After four difficult years the company unveiled the DH.60 Moth, a small wooden biplane with a new engine tailored specifically for it. The Moth was designed to be the aeroplane for the man in the street: affordable, simple and safe, and it inspired a worldwide revolution in club flying, civil and military training and private ownership. The DH.60 Moth of 1925 led to a family of light aeroplanes which continued to evolve and sell all over the world until the very eve of the Second World War, when most private flying came to an abrupt end. The DH.82A Tiger Moth, icon of military pilot training throughout the conflict, became the standard aircraft for post-war flying clubs in many countries and effectively invented the new industry of agricultural aviation.

In the heady days of pre-war civil aviation, de Havilland Moth aircraft were supported by a universal network of agents supplying spares and technical assistance. They were used for racing and record breaking, flights of extreme courage and endurance and small airline activities. From such a base the de Havilland Company progressed to world leadership in piston and jet engines, propellers, supersonic fighters, feeder and long-range airliners and space rockets. Inspired management, initiative and technical excellence were the key ingredients of the company’s success right from the beginning.

Here, the author outlines the early days of the company at Stag Lane and minutely examines the evolution between 1925 and 1939 of the Moth family: DH.60 Moth, Puss Moth, Tiger Moth, Fox Moth, Leopard Moth, Hornet Moth and Moth Minor.  This is the first time that such an amalgam of information has been drawn together in one volume.

Fourteen outstanding aircraft, representing all members of the Moth family, have been photographed specially for this book and are featured in more than 250 colour shots, showing them in considerable detail. There are also some 350 black-and-white photographs from archive sources.

With its in-depth examination of these fine aircraft this book provides an unrivalled store of knowledge for the many owners and enthusiasts who care passionately about them, and serves as a tribute to the people who built them.