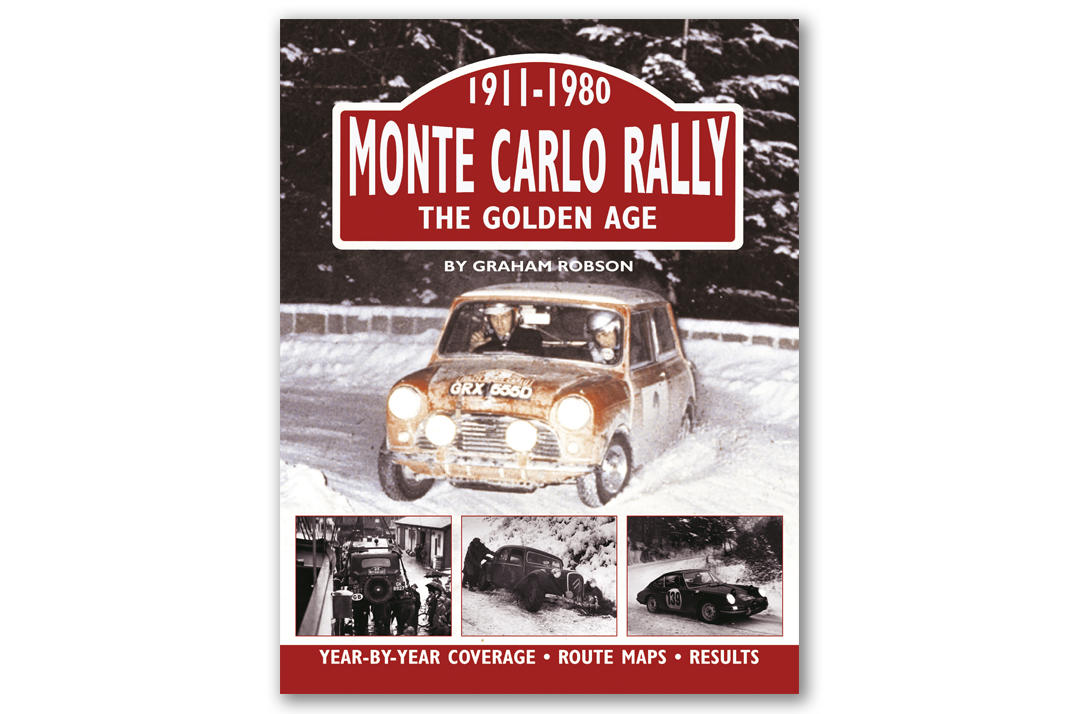 In its heyday the Monte Carlo Rally was the only rally that made the daily papers. Hundreds of entrants, in cars of all shapes and sizes, battled through mid-winter snow, fog, ice and darkness from far-flung starting points towards the magical principality of Monaco. Mishaps, breakdowns and smashes abounded, and competitors had tales to tell of cars teetering on the edge of precipices or rammed into snowbanks, frantically improvised repairs, close encounters and feats of crazy bravado.  The first rally was run in 1911, with just 23 starters. In 1930 there were 115, in 1949 205, and in the peak year, 1953, there were no less than 404.

In this book every Monte Carlo Rally held between 1911 and 1980 is covered individually, with results listings and route maps. As the years unfold we see the successes of Hotchkiss in the late 1940s, Sunbeam-Talbot in the early 1950s, Mini-Cooper in the 1960s, Porsche 911 in the late 1960s, and the dominance of Alpine Renault and Lancia Stratos in the 1970s.

The author also provides essential information on regulations, routes, on what competitors were required to do, on the tests held after arrival in Monaco, on classes of entries, and on the various Concours, including for instance the Concours de Confort, that were there to be won. Thus a complete picture of the aims and nature of the rally as it evolved is formed.

Written by the world's leading rally historian, and featuring more than 300 archive photographs, this book provides both the definitive history of the greatest motor rally of all time and an evocative view of a golden age of motoring history.