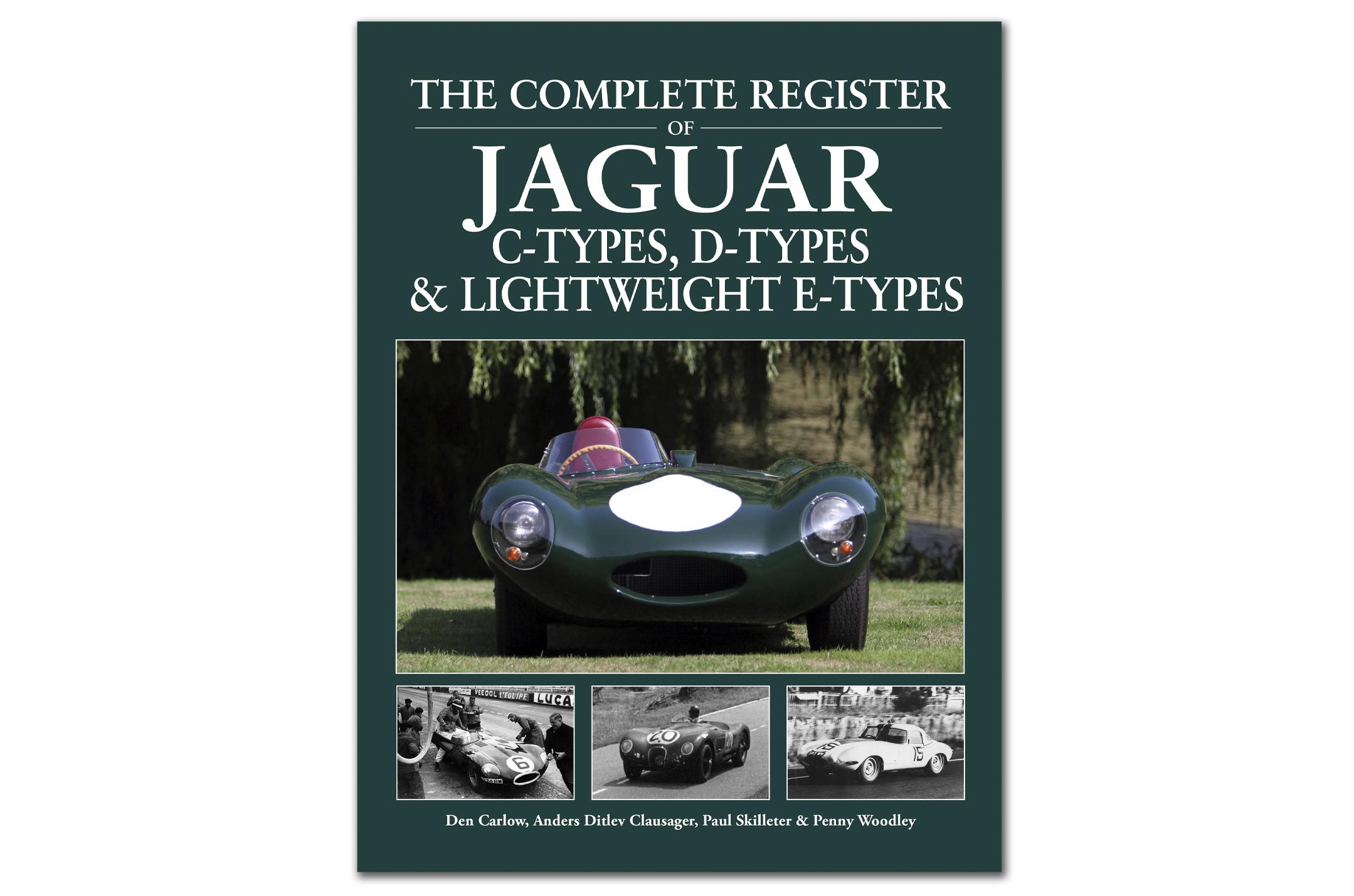 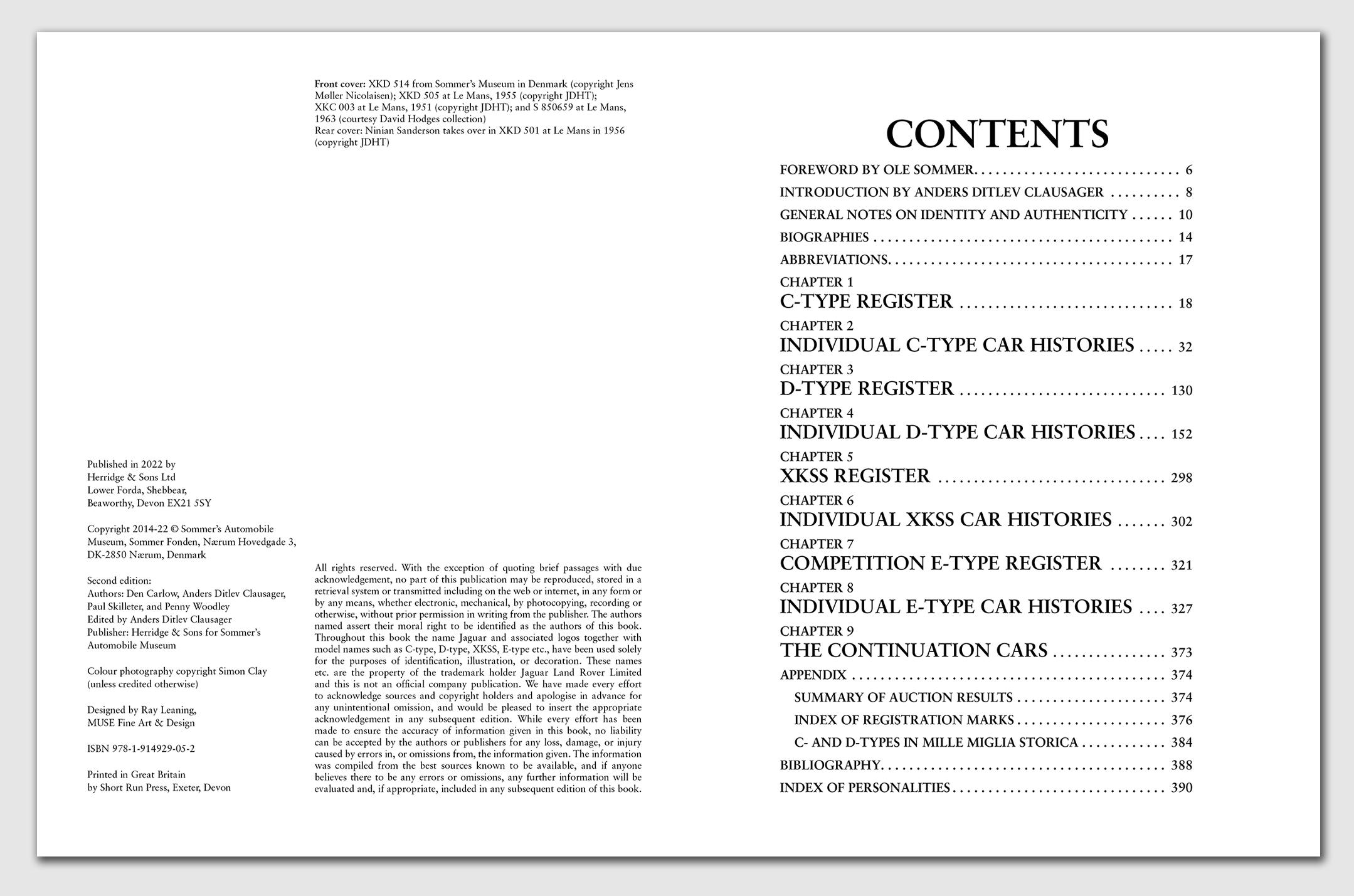 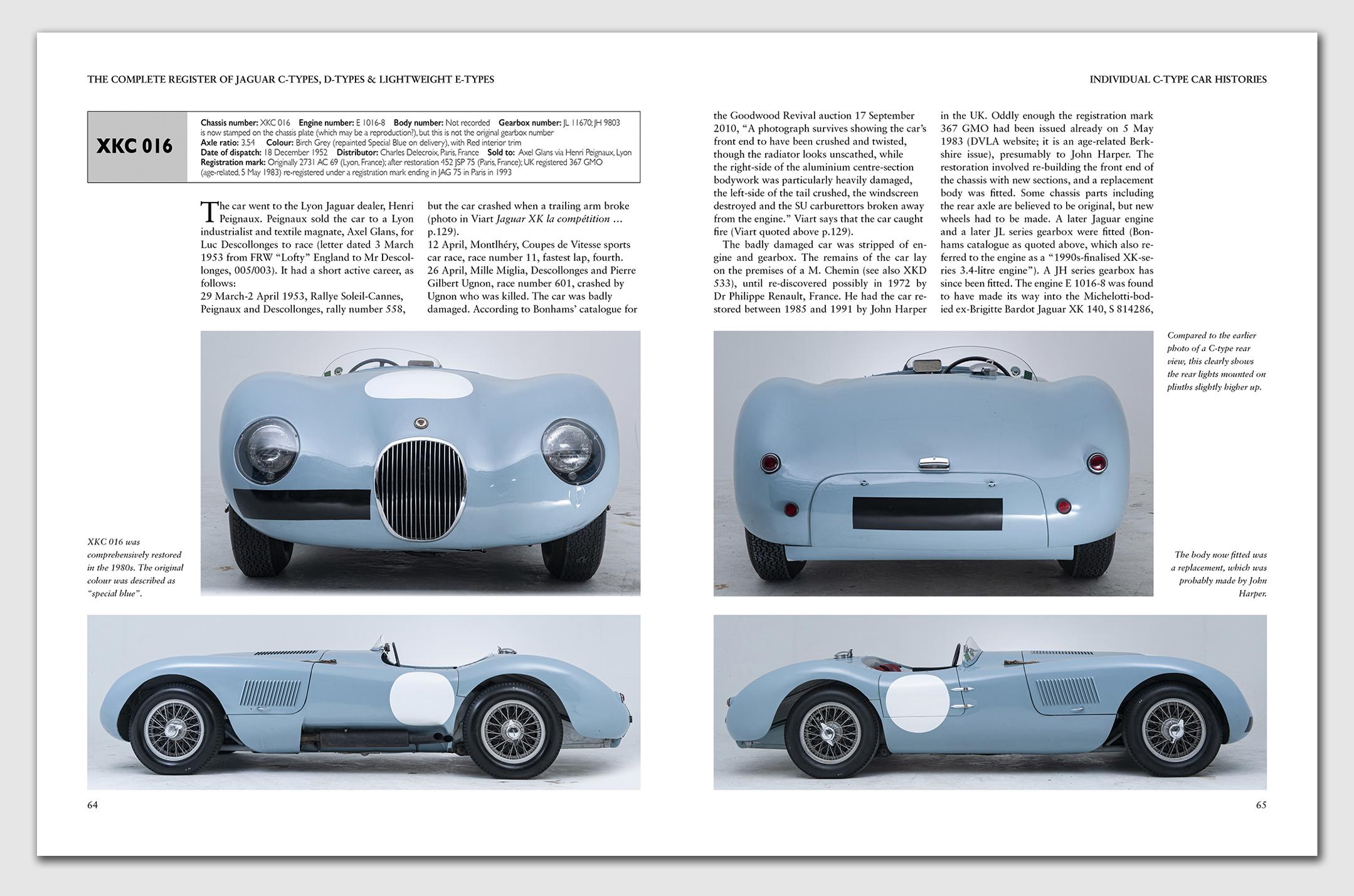 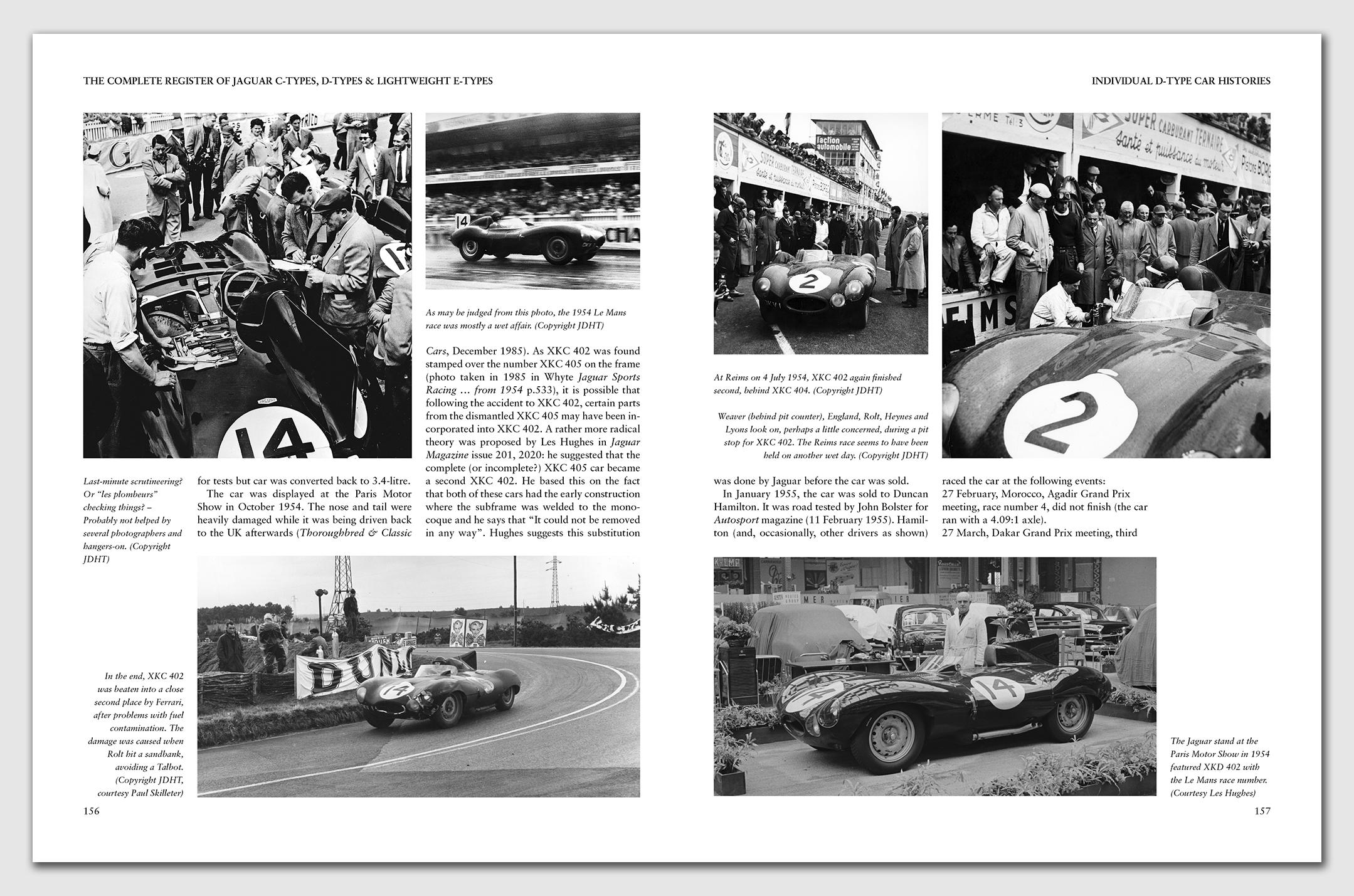 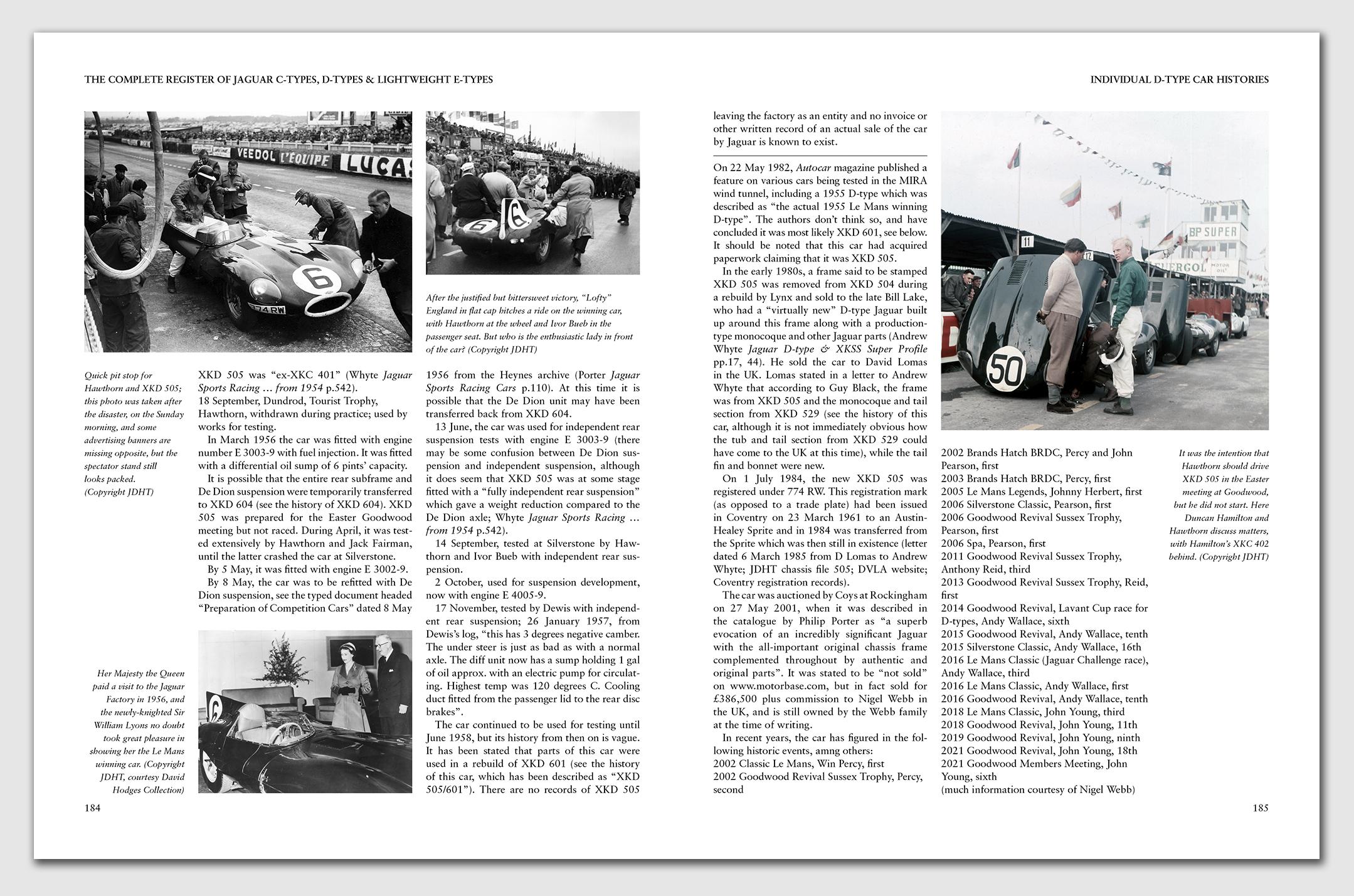 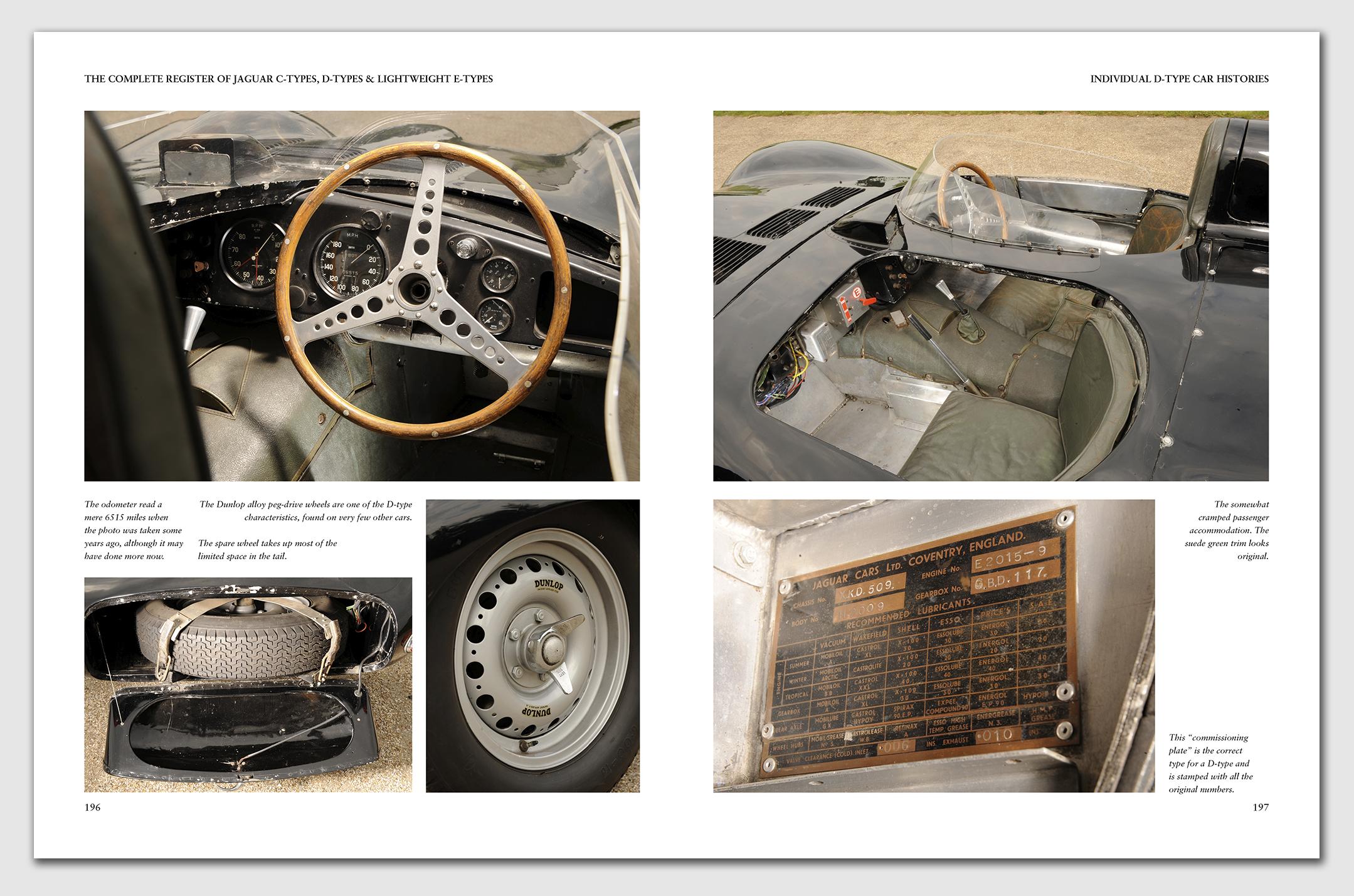 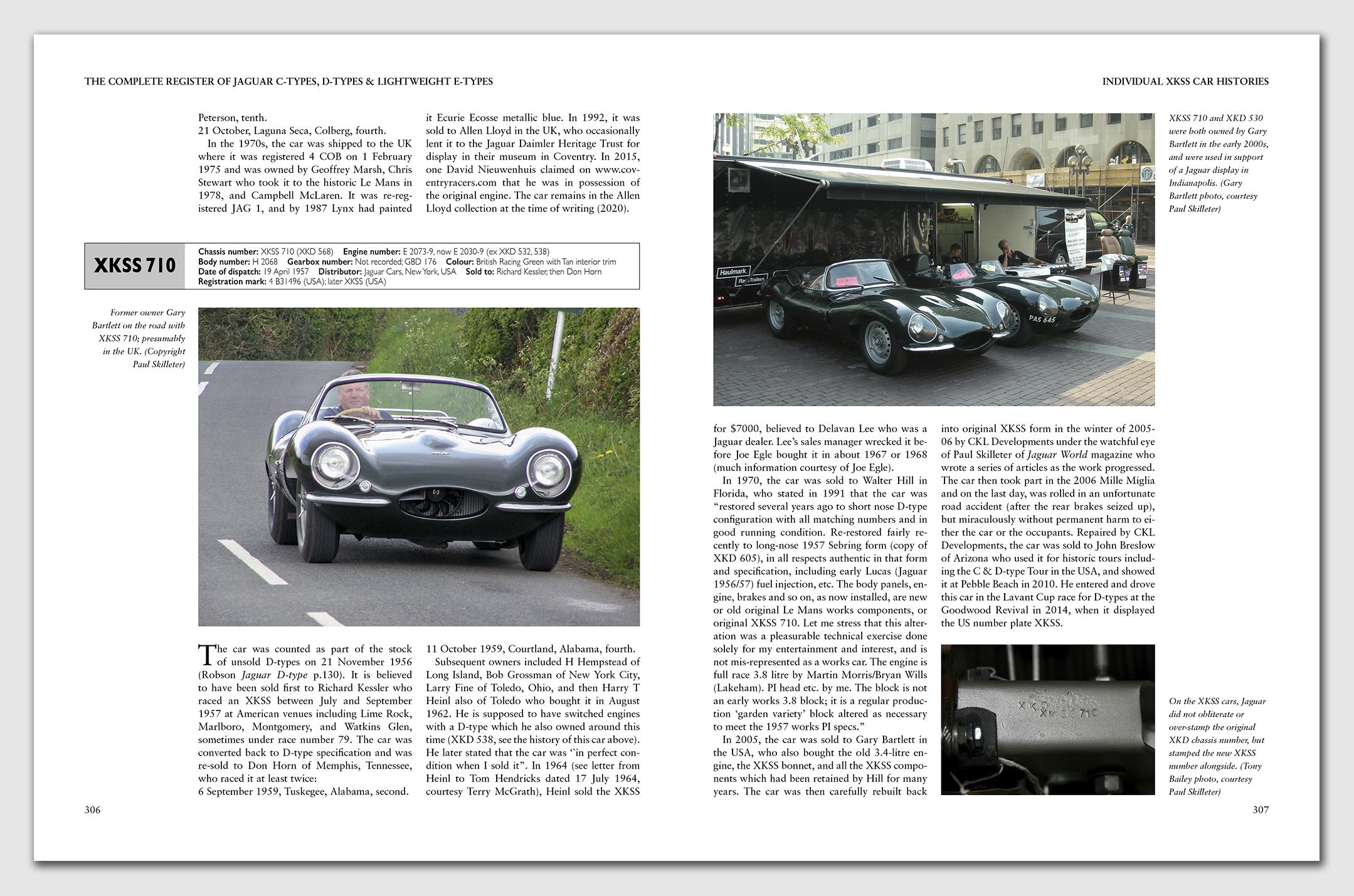 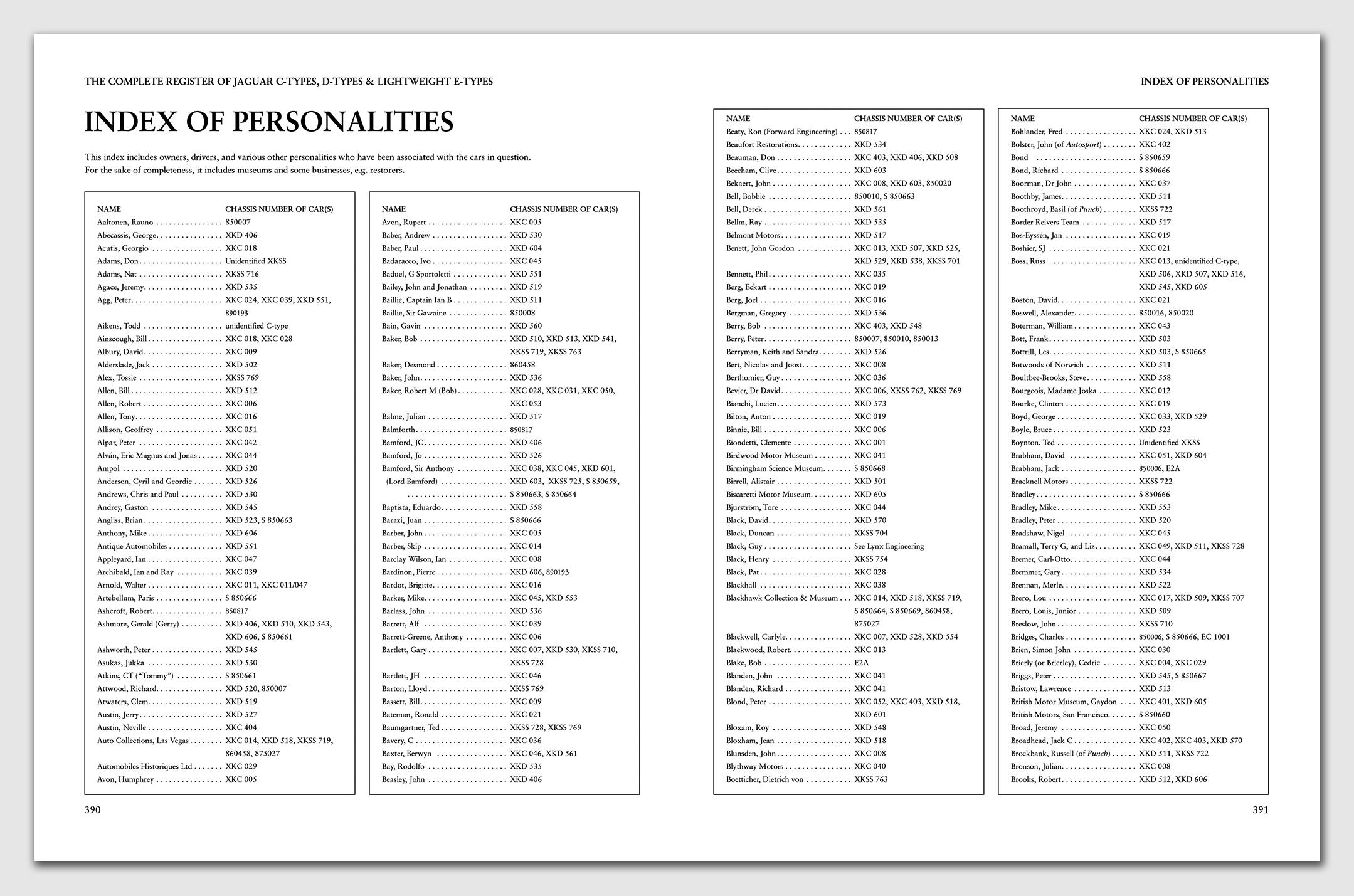 The Complete Register of Jaguar C-types, D-types and Lightweight E-types

"To say this book has been exhaustively researched would be damning it with faint praise, but it is as one would expect from the superhero-like quartet of writers here assembled." Classic Jaguar

The definitive information source for these outstandingly successful sports-racing cars, and the most in-depth study ever published.

The first edition of the present book was published in 2014 and was quickly acclaimed as the bible of these classic Jaguar racers. This greatly expanded new edition runs to more than 400 pages and contains 500 illustrations. It brings the individual stories of over 150 cars up to date, and includes additional useful information and appendices.

Today the name of Jaguar still ranks high in the pantheon of British cars that have won the Le Mans 24-hour race. A mere 20 years since the birth of their first car, Jaguar had become the leading high-performance car in Britain thanks to the revolutionary XK engine, and the XK120 was in its day the fastest production car in the world.
While the company had begun to earn its spurs in motor racing, it was a bold step to build a new car with the specific intention of entering Le Mans, at the time the most famous motor race in the world. Remarkably, the new Jaguar C-type succeeded in winning at Le Mans on the first attempt.

A further four Le Mans victories followed: in 1953 for the C-type again, and then three wins for D-types from 1955 to 1957, by which time the Jaguar works team had been withdrawn from racing. Private entries of Jaguar C- and D-types in other races continued for many years. The E-type was never as successful in racing, since it was conceived as a GT road car rather than a racer, but the small run of lightweight cars and other competition versions added further lustre to Jaguar’s reputation.

C- and D-types were sold in some numbers to private owners on both sides of the Atlantic, many of whom obviously used them for racing, but unlike most later sports-racing cars they could still be used on the road. This was and remains one of their many attractions. Virtually all the cars have survived, and in recent times have seen a steady increase in value.

This updated, enlarged and comprehensive new edition of the Register is a tribute to these glorious cars, to the people who were involved in their design and production, and to the drivers who campaigned them. 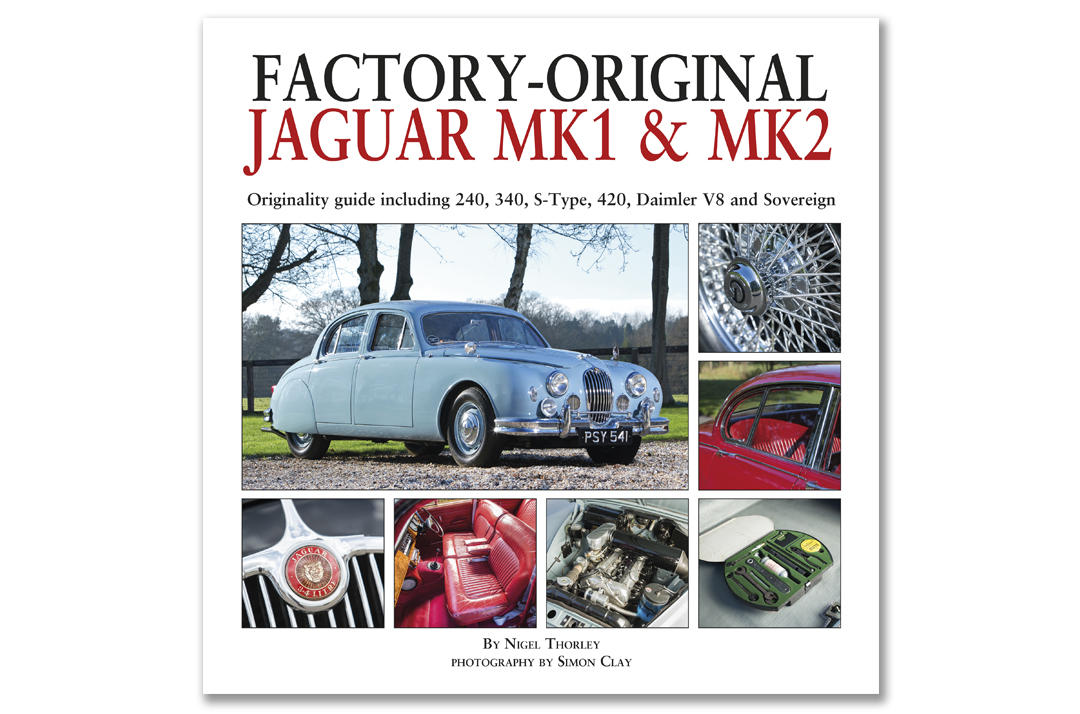 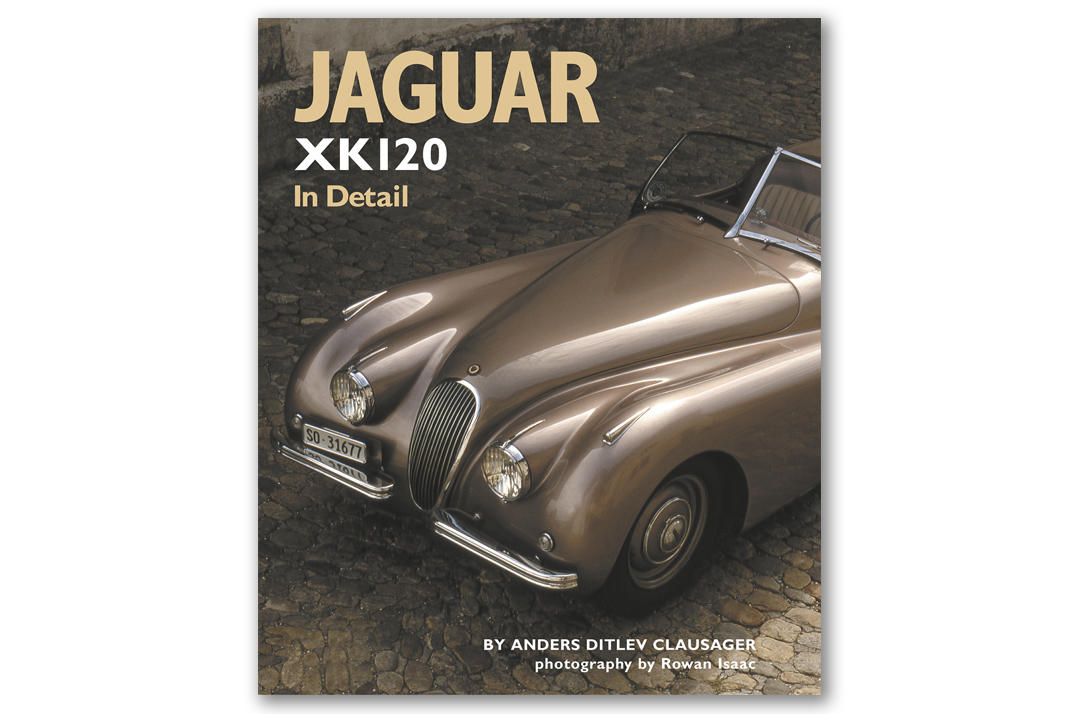 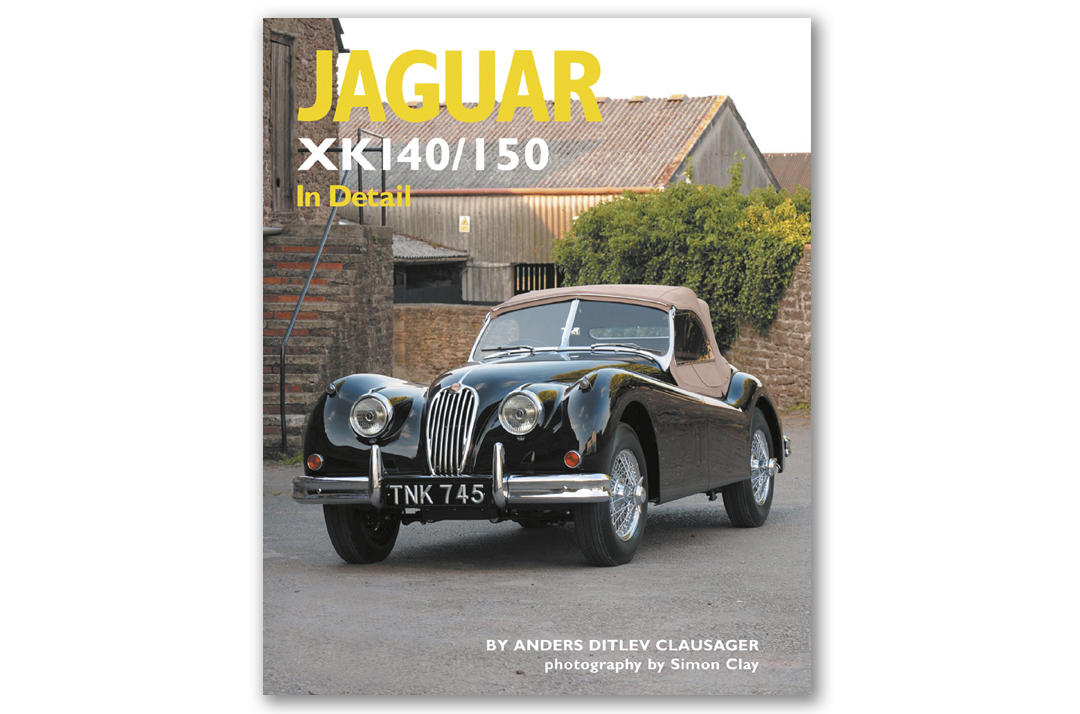 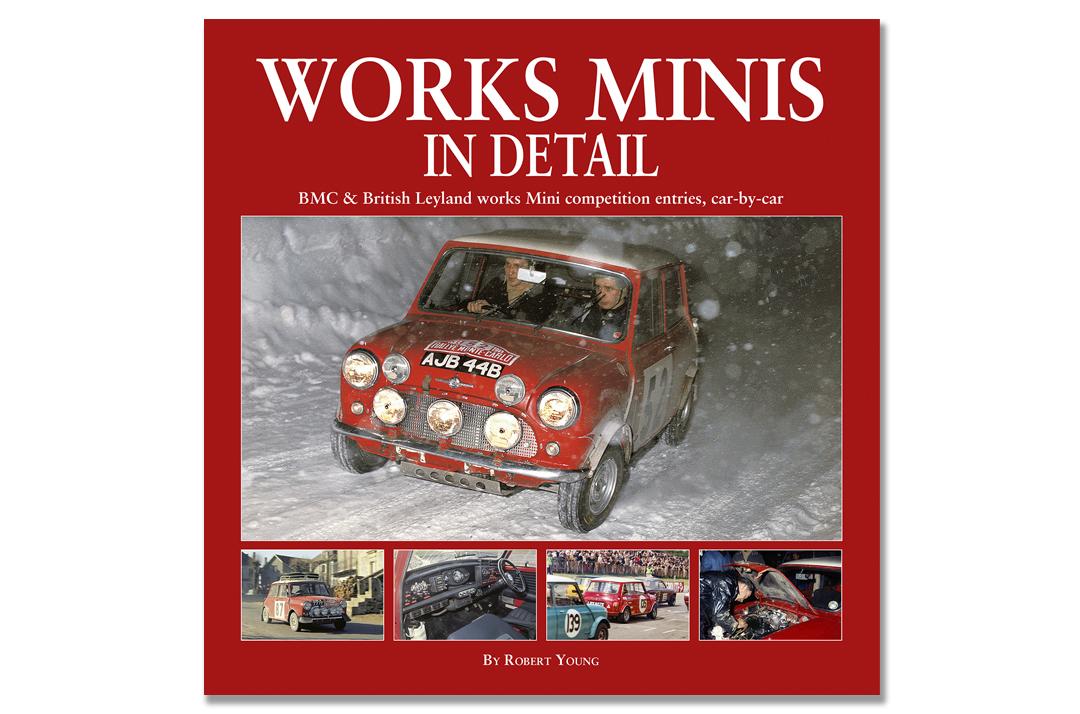