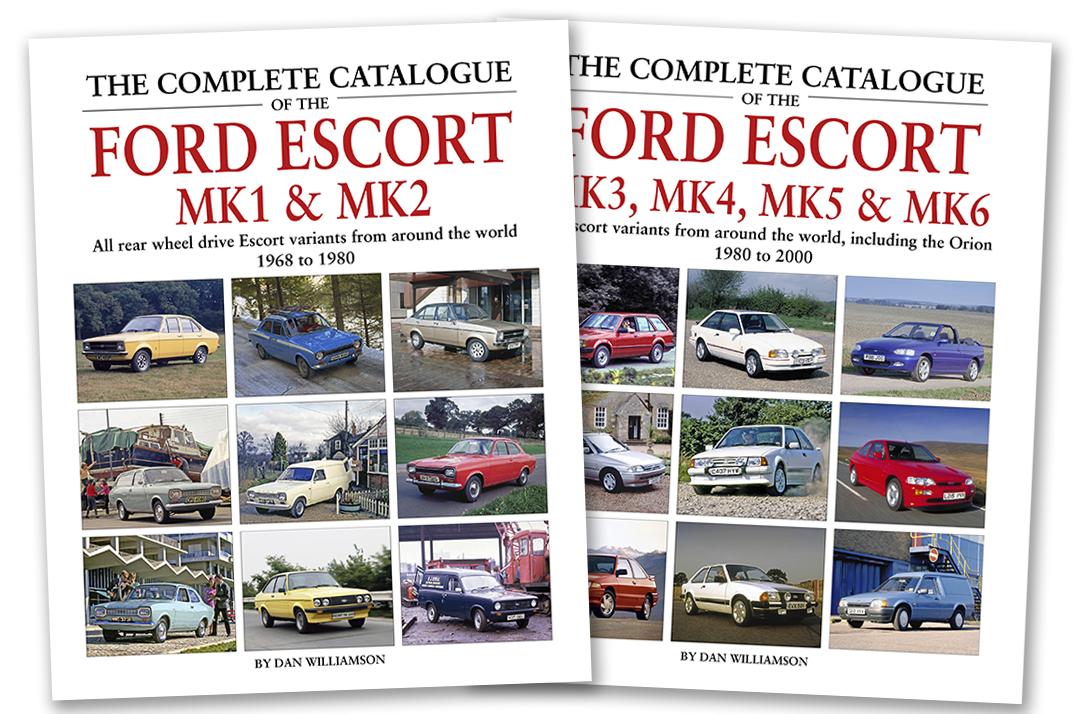 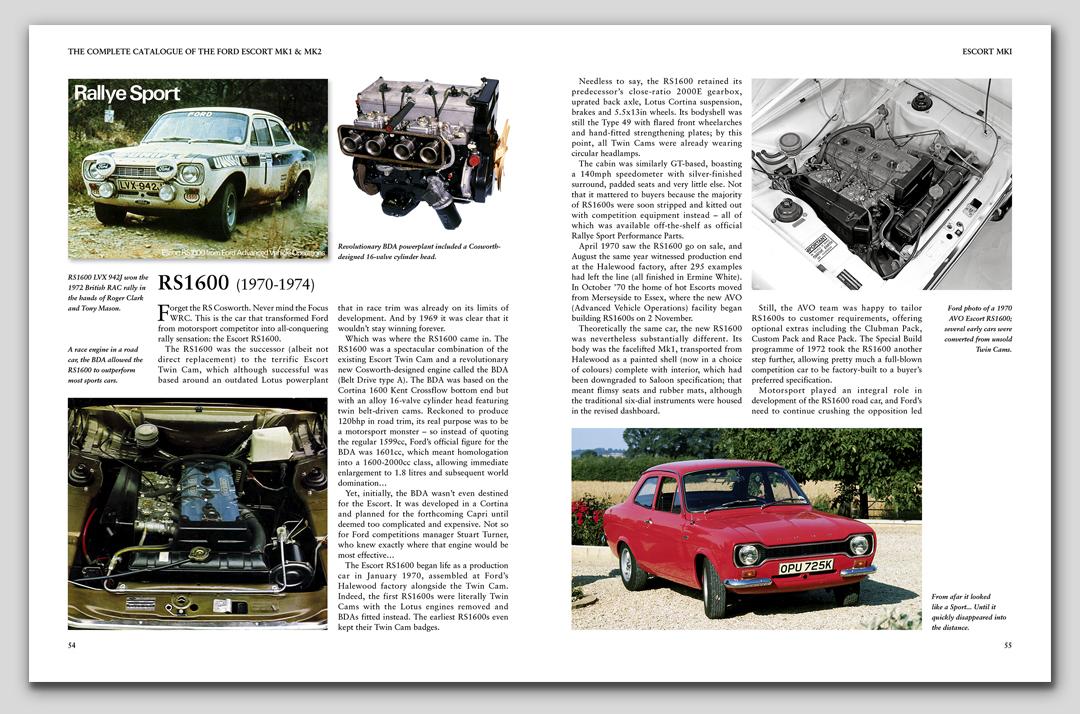 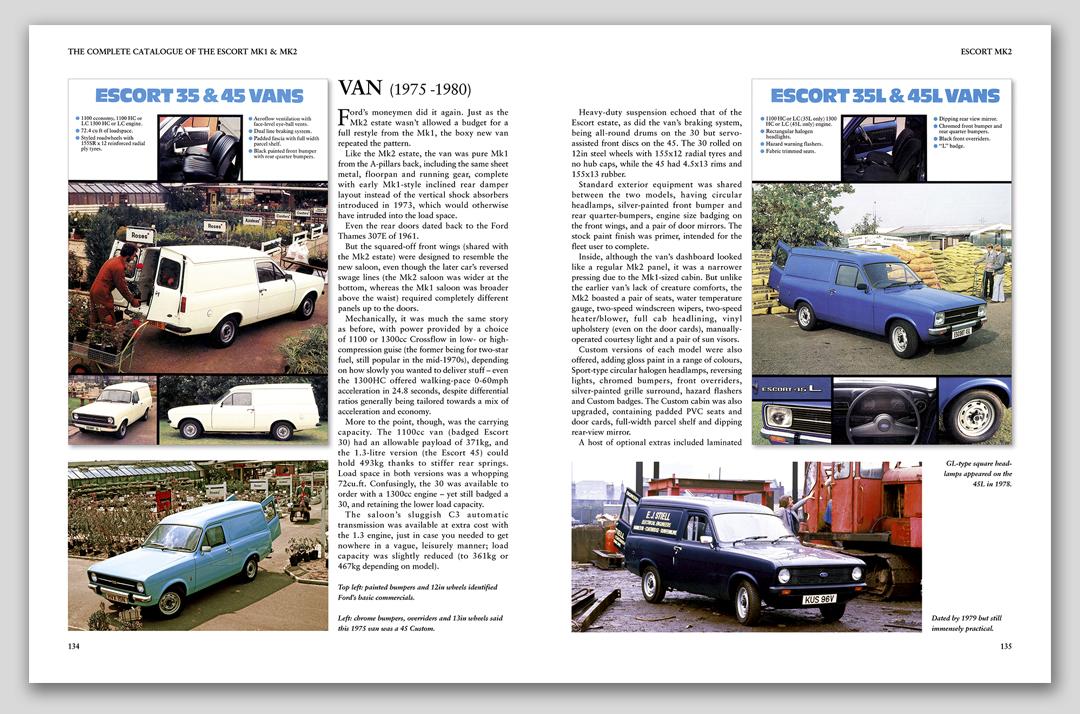 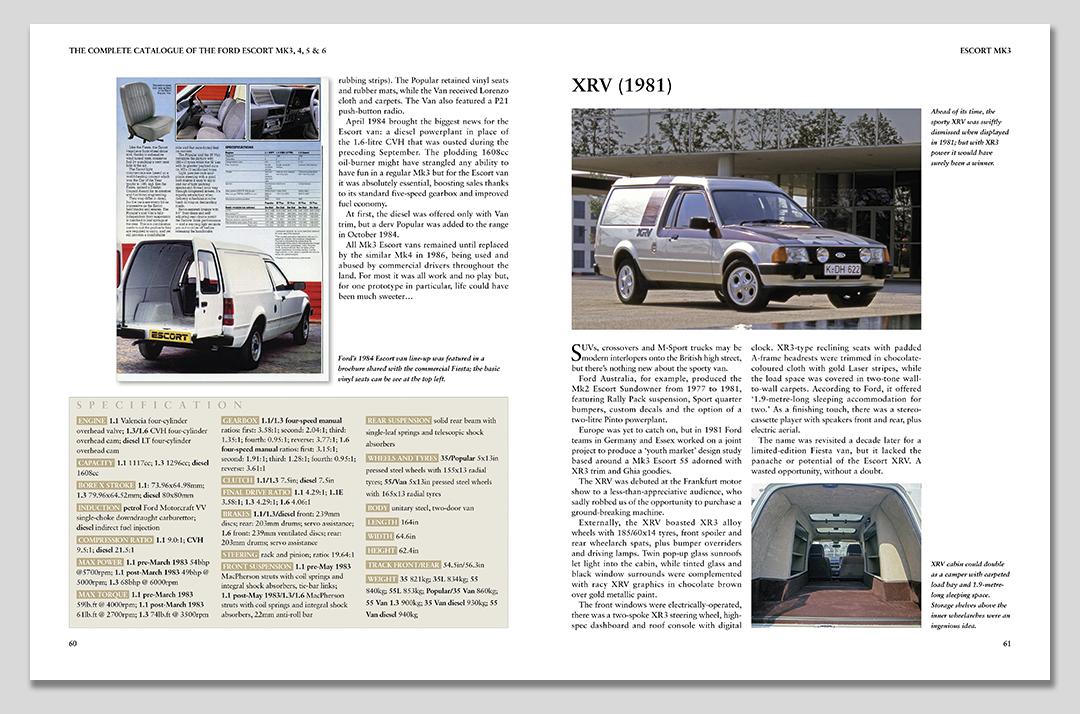 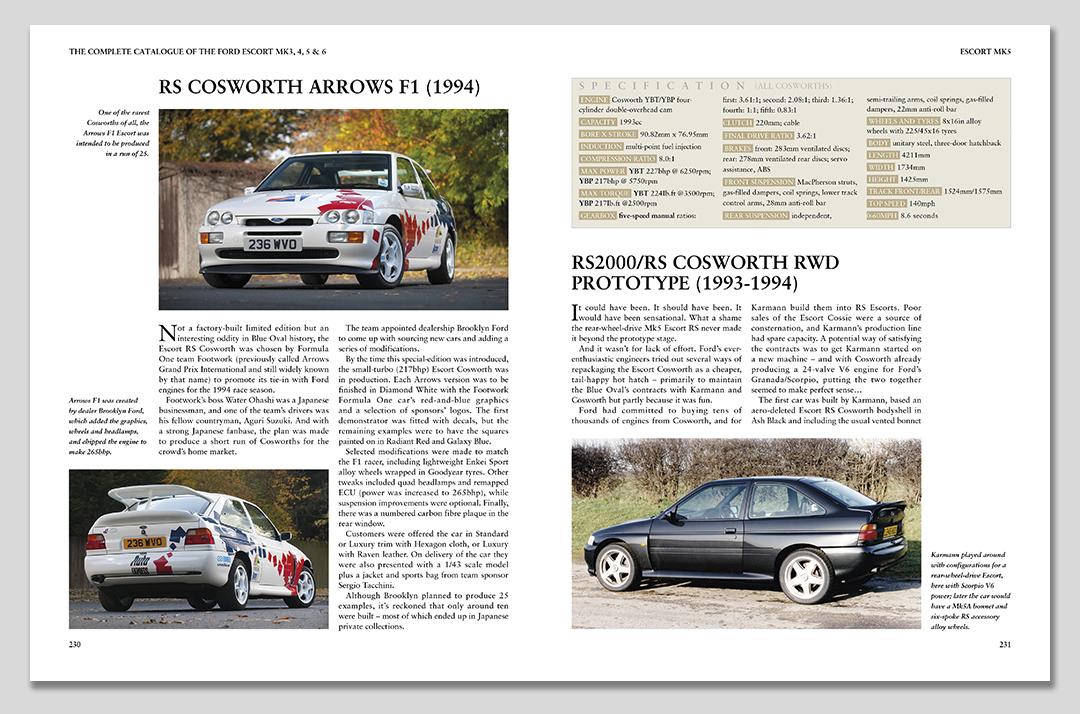 The Complete Catalogues of the Ford Escort – Two-Book Bundle

A two-volume collection of Ford Escort books, signed by the author, totalling 536 pages and almost 1000 images.

“Dan Williamson does it again with a super-detailed and well-written book, once again superbly put together and finished by Herridge & Sons.” Classic Ford

“the definitive guide to the rear-wheel-drive Escort oeuvre.” Fast Ford

Family car. Workhorse. Rally weapon. Load lugger. Street racer. The Ford Escort offered something ideal for everyone, and in its career it’s fair to say it captured the attention of more British buyers than any other model. Even today, the Escort Mk1 and Mk2 continue their role as cherished classics and motorsport legends.

These Escorts were built in huge numbers around the world, in Britain, France, Germany, Spain, Australia, New Zealand and South Africa. During the life of the models no less than 130 different variants were produced, ranging from the lowly two-door base model saloon through four-doors, vans and estates, campers and plush Ghia to the highly desirable sporting versions like the Twin Cam and RS models. In addition there were special editions by companies such as Allard, Crayford, Broadspeed, Lawrencetune, Uren and Willment.

This model-by-model catalogue of all the Escorts from around the world pays tribute to an incredibly successful car in all its different guises, providing assessments of the astonishing, the successful, the fashionable and even the not-so-great machines that wore Ford’s famous Escort badge. For every variant the author provides specifications and a description, and all of them are illustrated.

Can any other car match the Ford Escort’s credentials? Not only is it one of the world’s best-selling vehicles – around one million were produced – but it also achieved that figure in a shorter time than all of its rivals. None of those cars come close to the Escort’s outstanding success in motorsport, and few approach the Ford’s everlasting appeal.

The Ford Escort began as a small car in 1967, with conventional three-box saloon and rear-wheel-drive layout; those now-legendary machines were reviewed in The Complete Catalogue of the Ford Escort Mk1 & Mk2.

But it was with the all-new front-wheel-drive hatchback of 1980 that the Escort took over the world, dominating markets in many European countries, the USA and South America.

There were Escort vans, Escort estates and, before long, a four-door Ford Orion saloon. And, of course, there were the sporty specials that make the Escort such an everyday hero: the XR3, RS1600i, Cabriolet, RS Turbo and RS1700T.

Another new Escort arrived in 1990 but it was panned by the press. Yet the public was undeterred, and the now medium-sized Ford’s sales continued, buoyed by faster Ford superstars such as the RS2000, RS Cosworth and Escort WRC.

Each of those cars is detailed here in this, The Complete Catalogue of the Ford Escort Mk3, Mk4, Mk5 & Mk6, where humdrum hatchbacks and Fords we’d rather forget rub shoulders with world-beating legends.