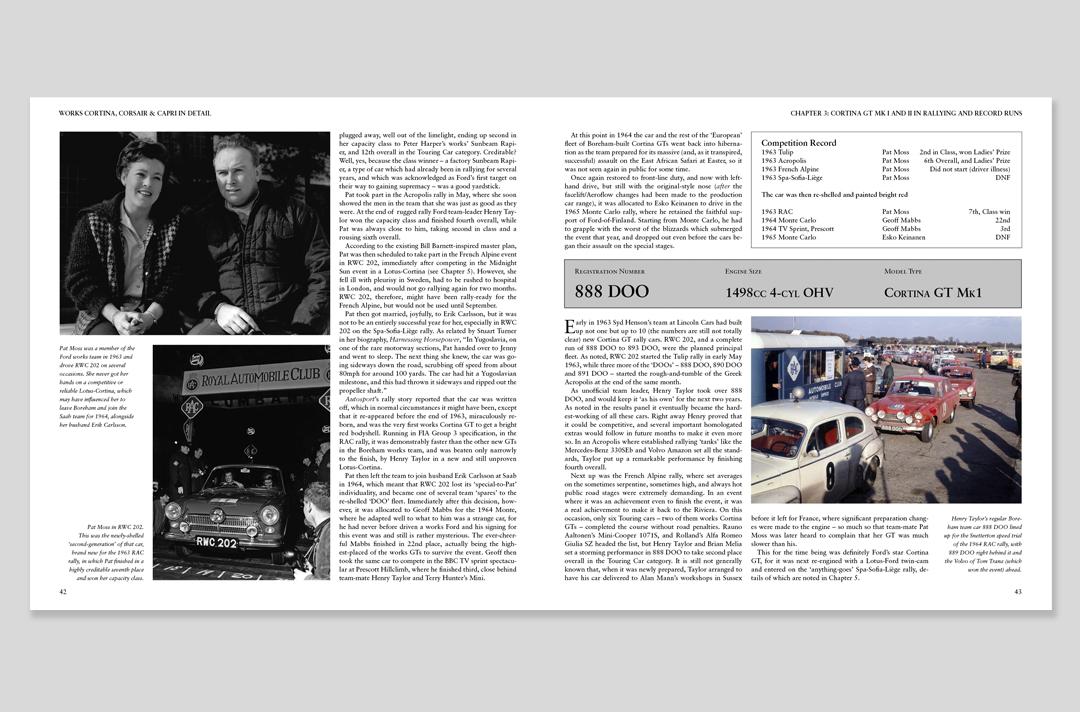 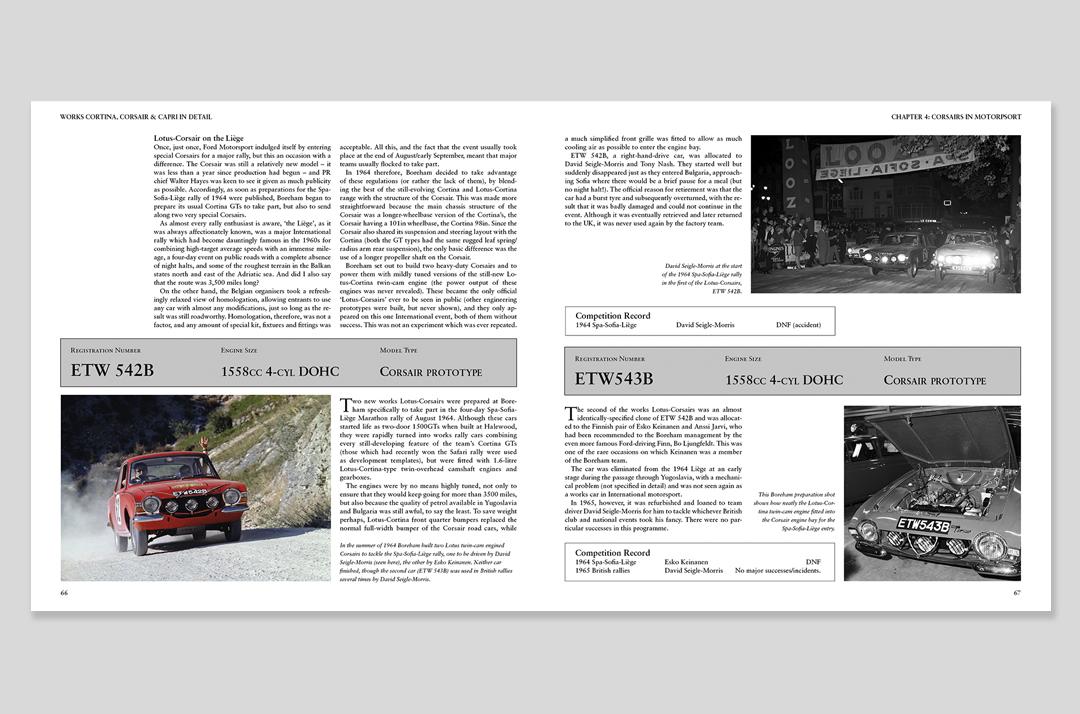 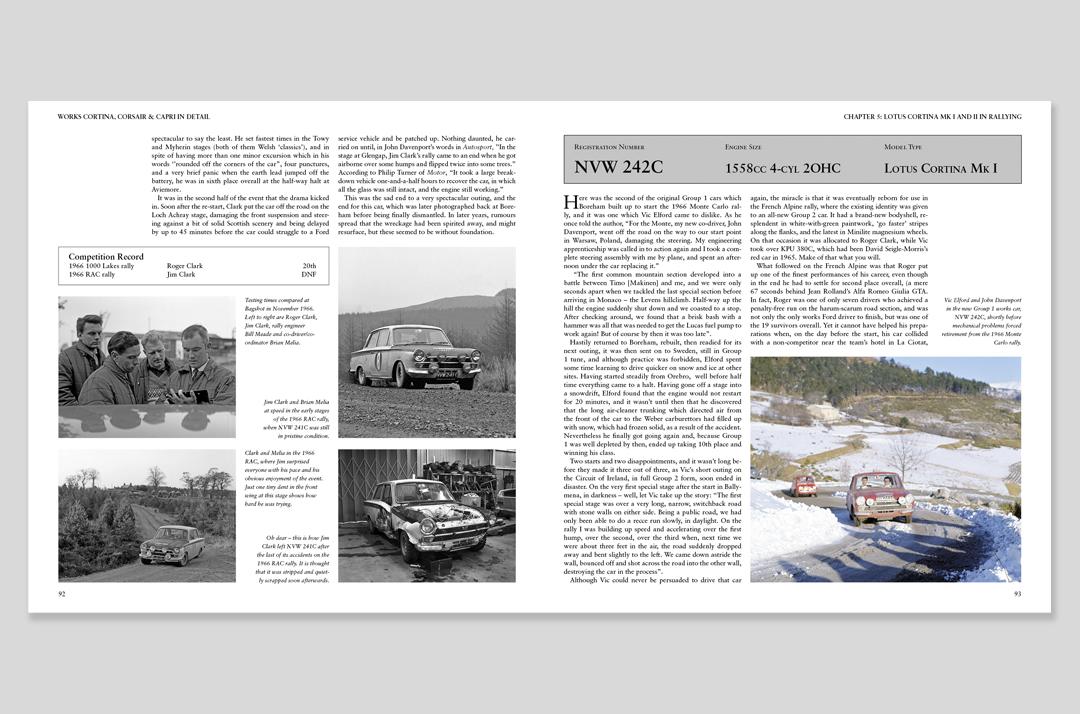 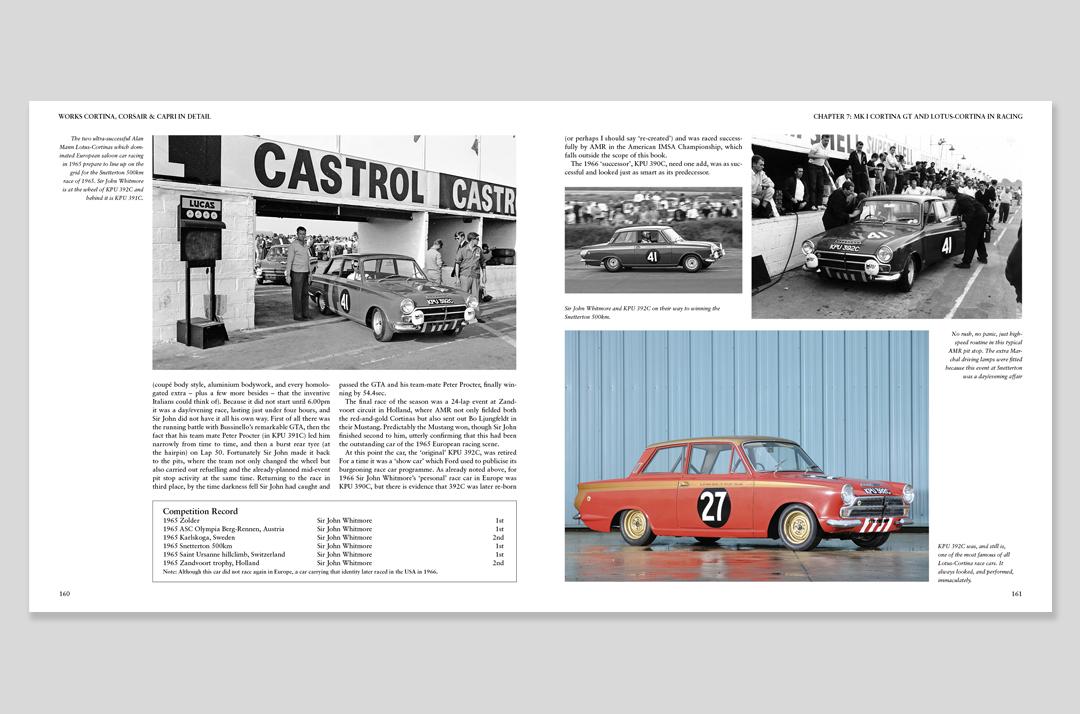 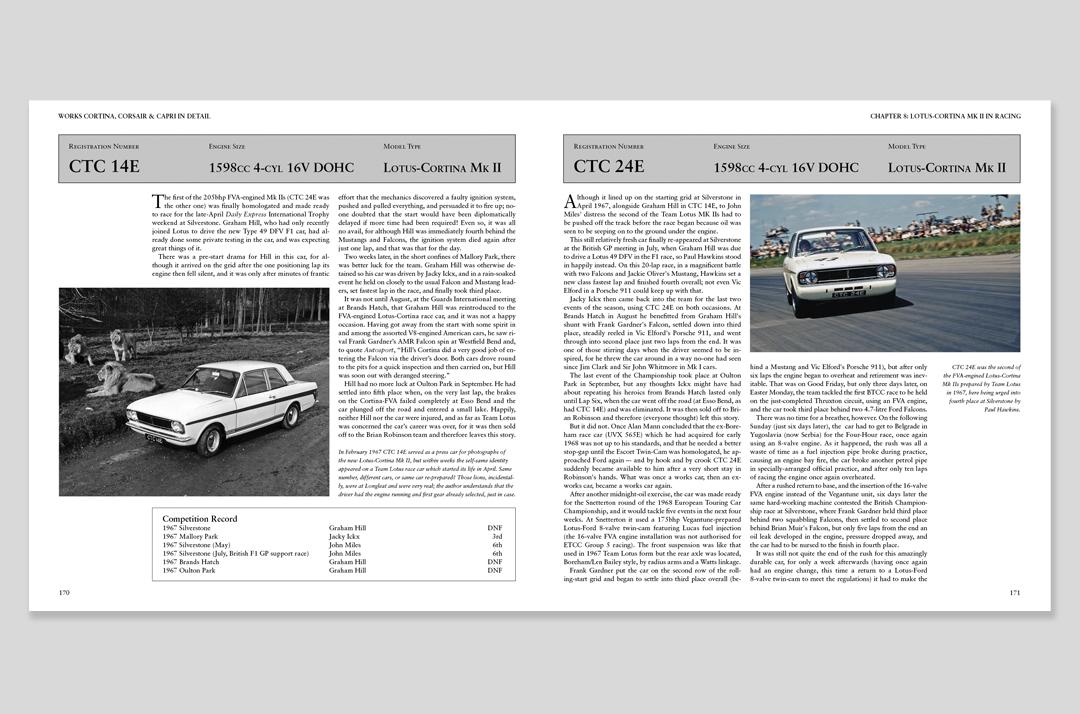 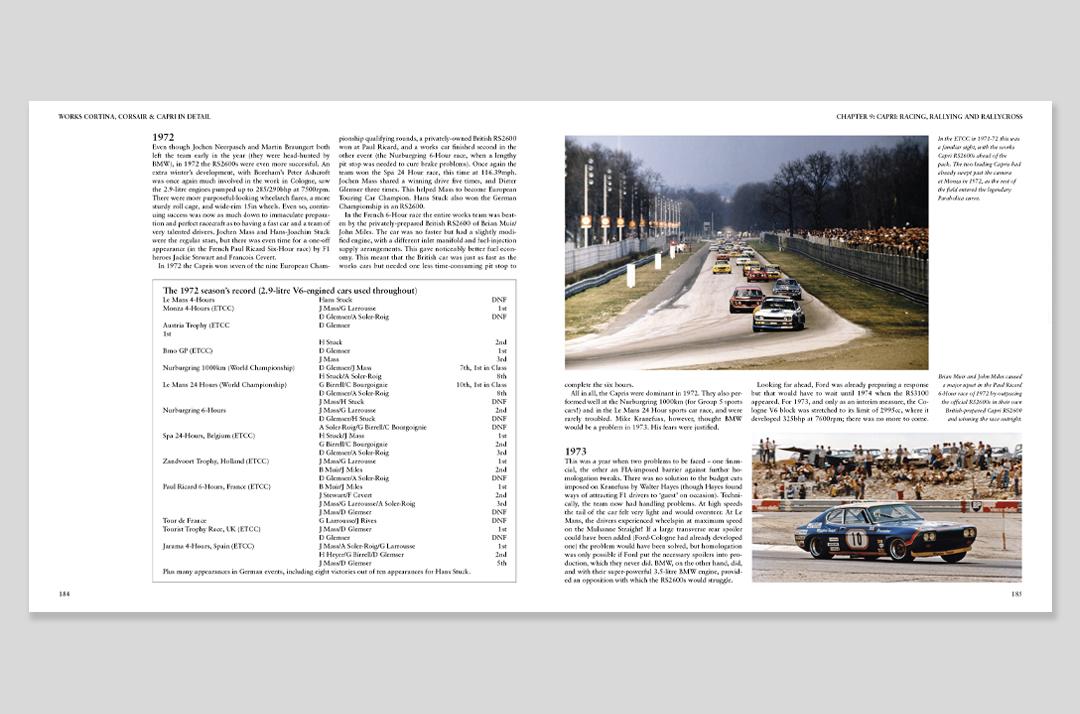 "For fans of the race and rally Fords of these glory days, as well as for motorsport enthusiasts, this book is pure treasure." Classic Ford

Following his outstandingly successful books Works Escorts in Detail and Works Triumphs in Detail, distinguished rally historian Graham Robson now tackles the story of Ford’s emergence during the 1960s as a leader in international saloon car competition, whether in race or rally, beginning with the Mark 1 Cortina of 1962. Ford's Walter Hayes was the driving force behind this push forward. It was he who enlisted Colin Chapman to create the Lotus-Cortina, he who encouraged such bold ideas as entering the Safari Rally and the London-Sydney Marathon, and he who brought in Team Lotus, and Alan Mann Racing, to wipe the board in touring car racing.

This strategy was built around the development of a new motorsport centre at Boreham, in Essex, and attracted top-flight drivers like Jim Clark, Roger Clark, Sir John Whitmore, Graham Hill and Pat Moss to join the team. It was Hayes, too, whose promotional genius inspired Ford's quite dazzling success in national and international competition.

The career of every works Mark I and Mark II Cortina, Lotus-Cortina, Capri and Corsair is individually recounted in this book, with contemporary action photographs and listings of events entered, drivers and results, along with extensive behind-the-scenes accounts of performances in rallies and races. In addition there are specially commissioned colour photographs of a number of surviving works cars, which have been shot in considerable detail. For fans of the race and rally Fords of these glory days, as well as for motorsport enthusiasts, this book is pure treasure.