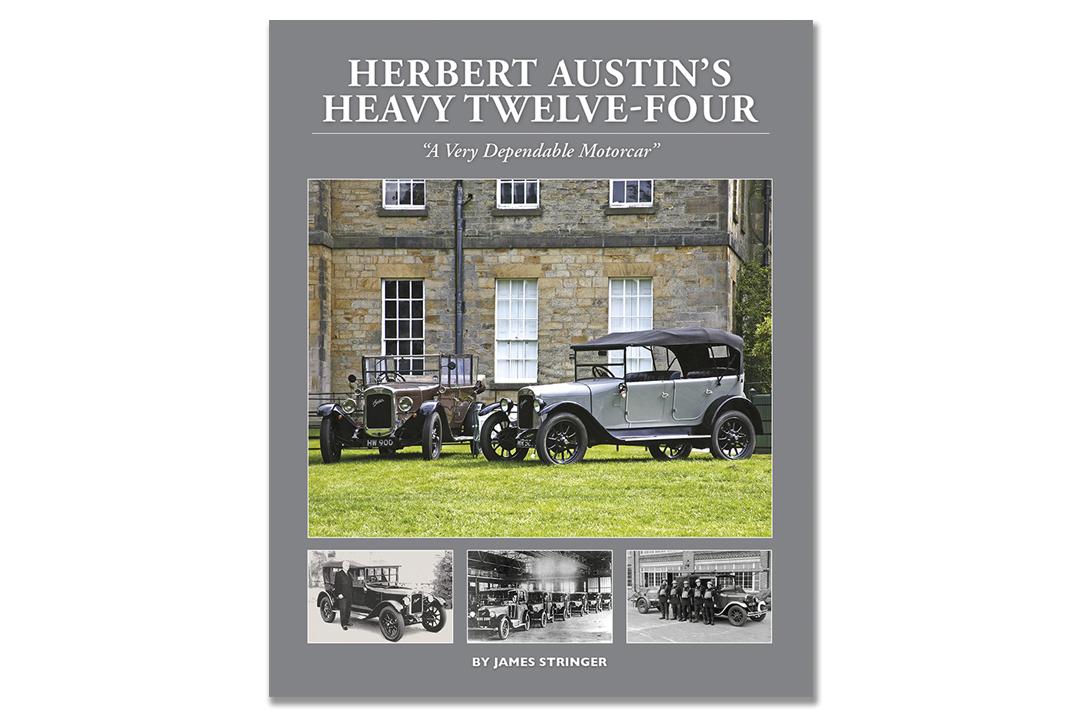 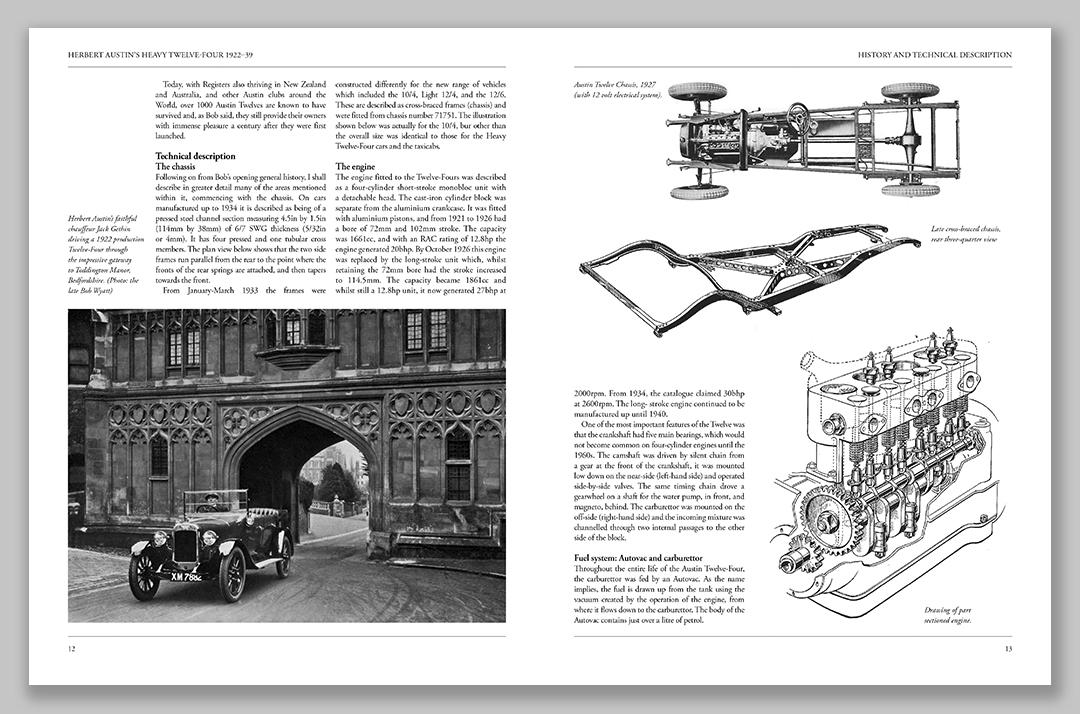 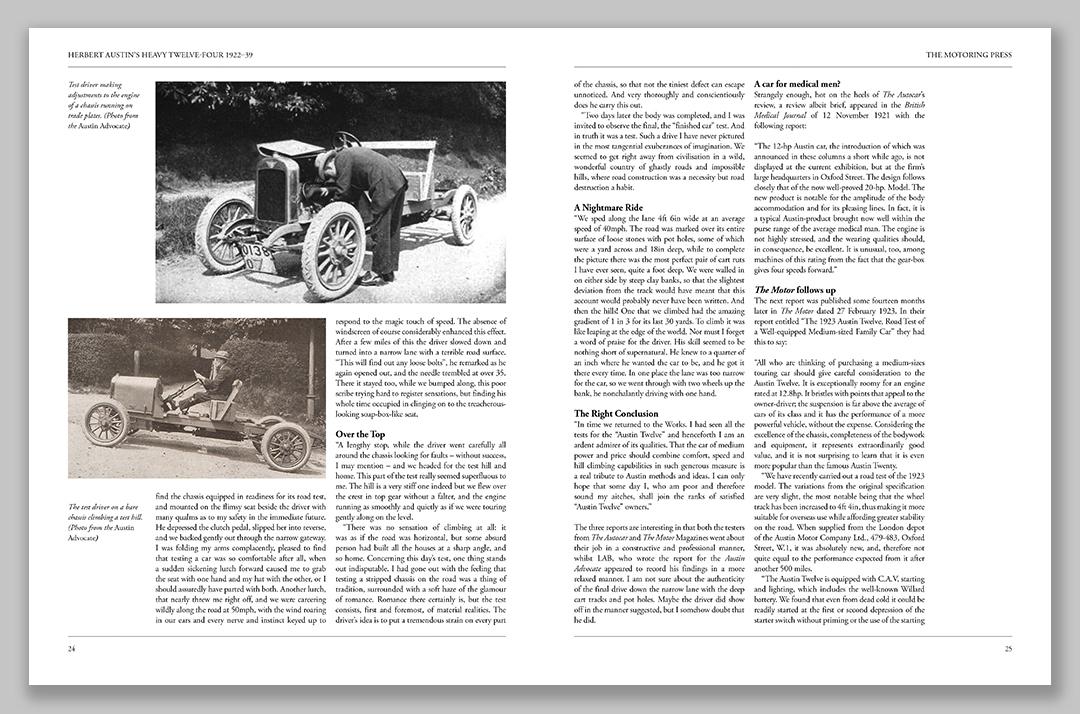 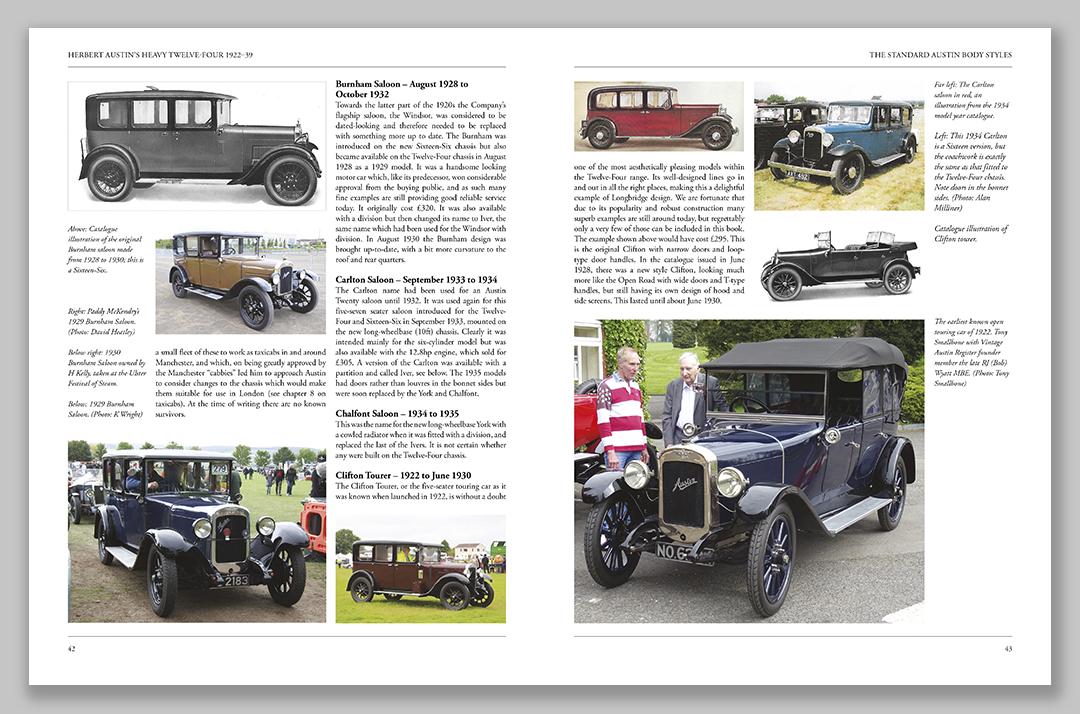 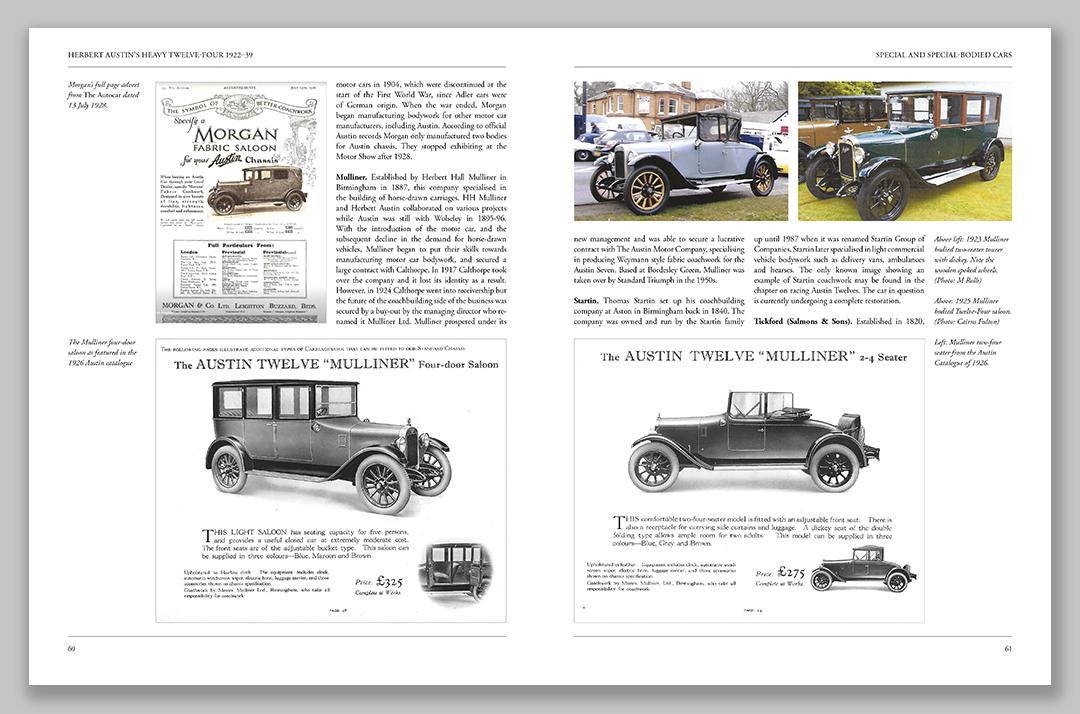 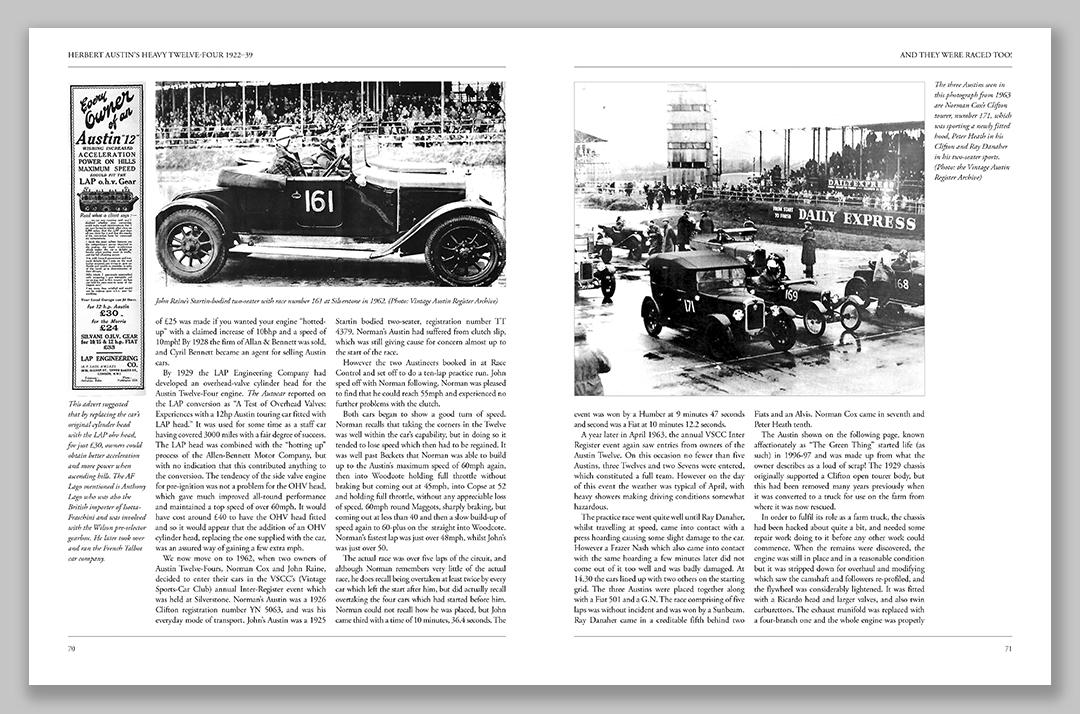 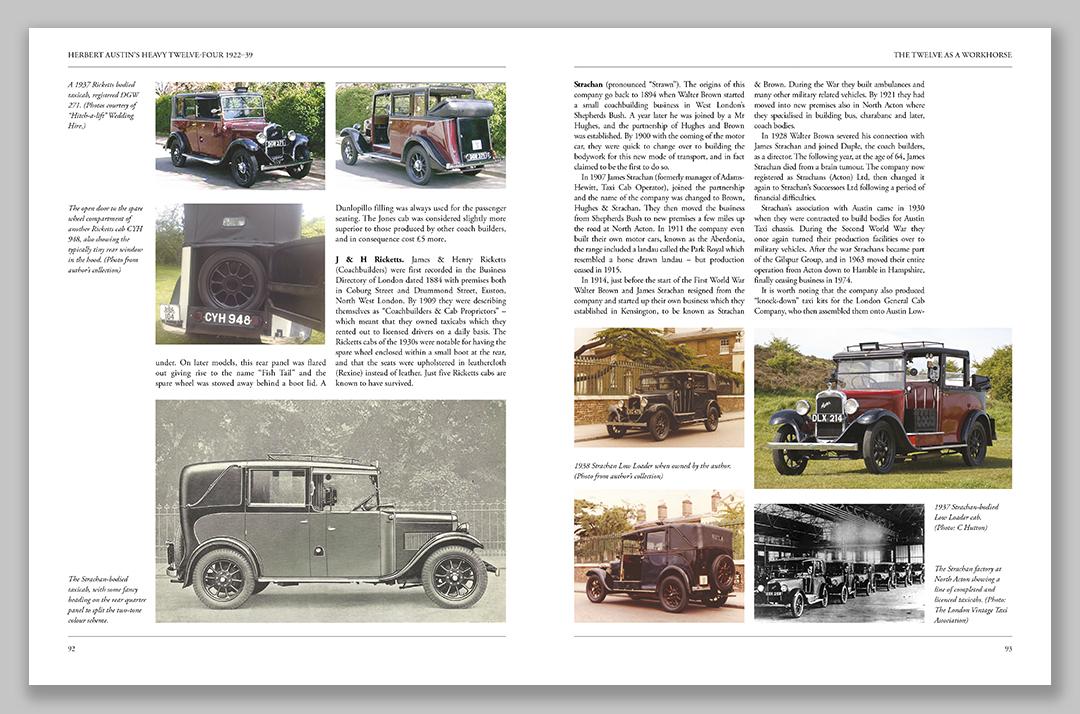 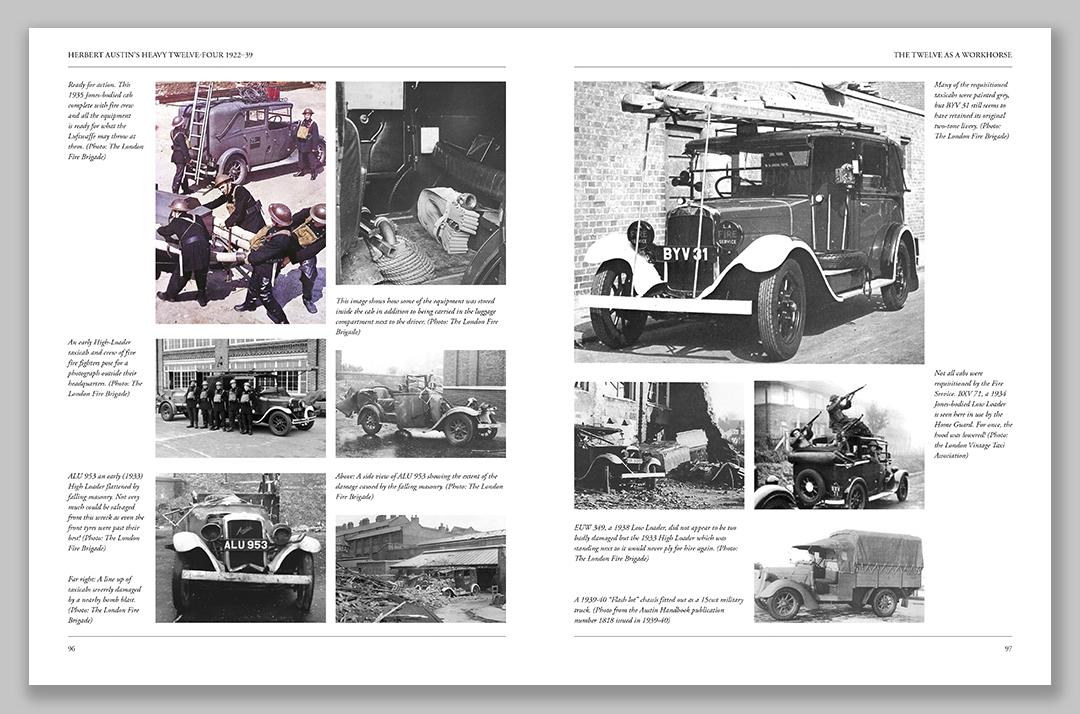 • Until now there has been no in-depth book about the Austin 12/4. This most worthy of cars epitomised Herbert Austin’s philosophy that his cars must demonstrate longevity, robust construction, sound engineering and good  value for money

• The story of the Twelve-Four’s development, launch and production, plus changes made during its long production run

• A review of the many standard factory body styles, as well as of bodies offered by outside coachbuilders on the Twelve-Four chassis

• The immortal taxicabs and their production, along with their work in war and peace

Until now there has been no in-depth book about the Austin 12/4. This most worthy of cars epitomised Herbert Austin’s philosophy that his cars must demonstrate longevity, robust construction, sound engineering and represent good value for money.
Here we have the story behind the model’s introduction, contemporary press reports, early advertisements, from the first brochures issued up to 1934-35, the various body styles available. Those which were exported as chassis to New Zealand and Australia and then bodied locally are also included. The taxicabs have a section to themselves, as does the different coachwork available from various coachbuilders – including the work they undertook during the war.

When many cabs dating from the thirties were pensioned off in the early fifties, they took on many other roles, and Jim details some of them. Separate chapters are reserved for 12/4s which have earned their own special place in the Austin Twelve’s history; these include “Peggy”, the cab featured in the film Carry on Cabby, and “Gumdrop”, the tourer immortalised by the late Val Biro.

The Austin 12/4 has survived in respectable numbers, and if you are wondering why, Jim’s book will leave you in no doubt. Everything you need to know about the Heavy 12/4 Austin, including stories of restorations, is in this book. In 2022 we celebrate the centenary of the addition of this model to the Austin range