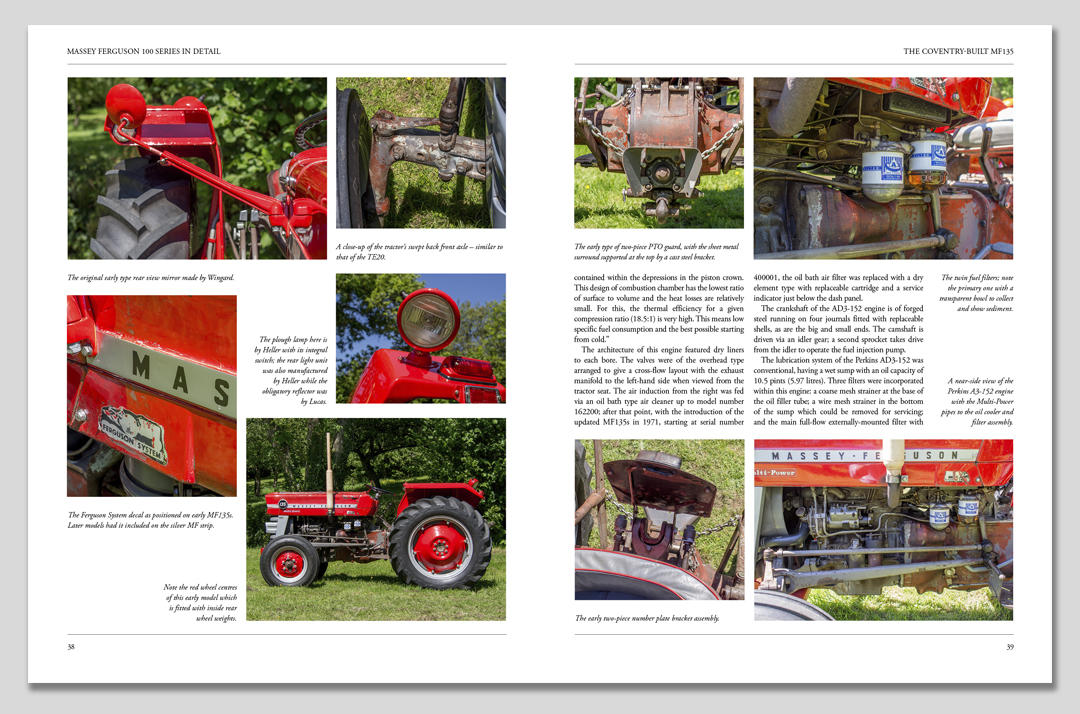 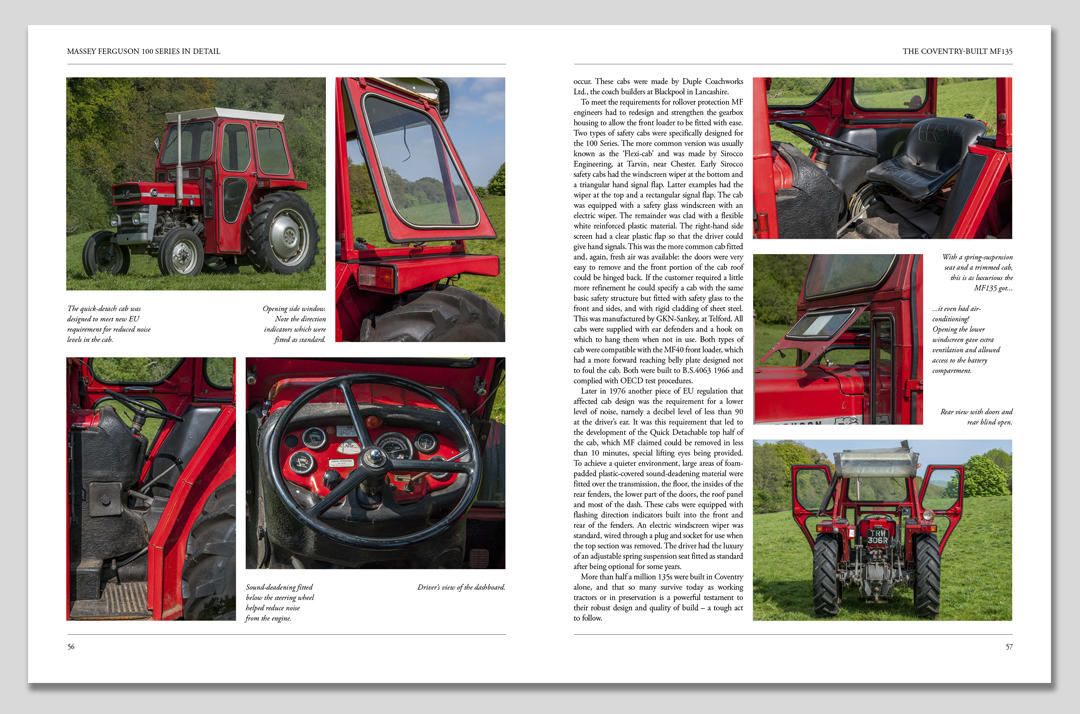 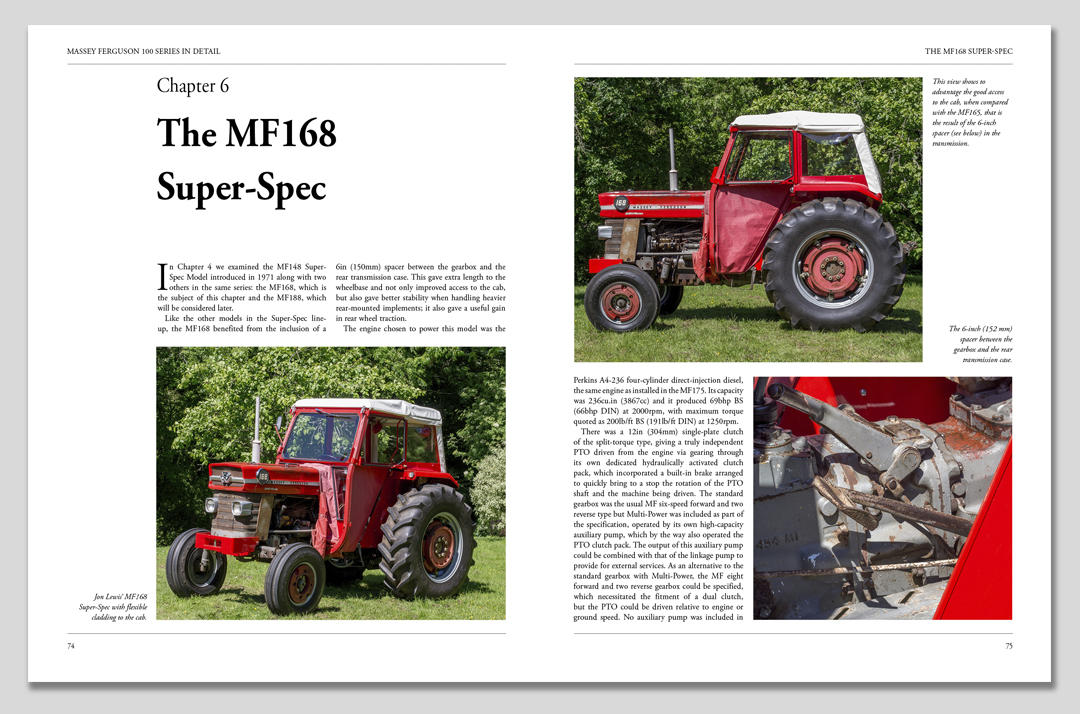 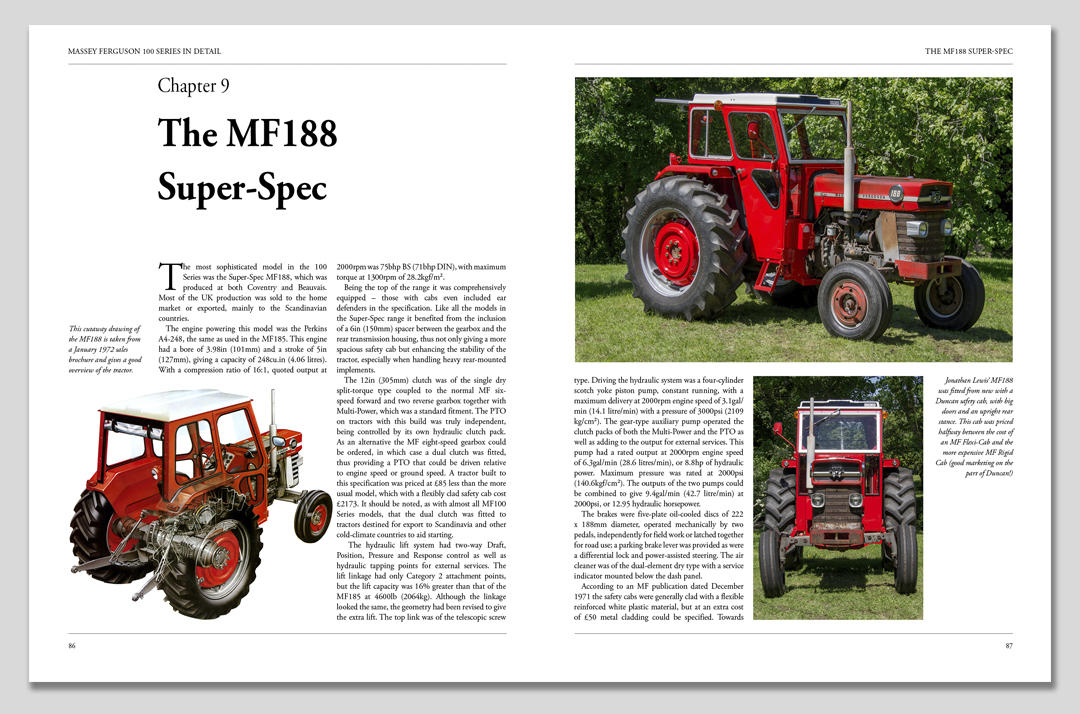 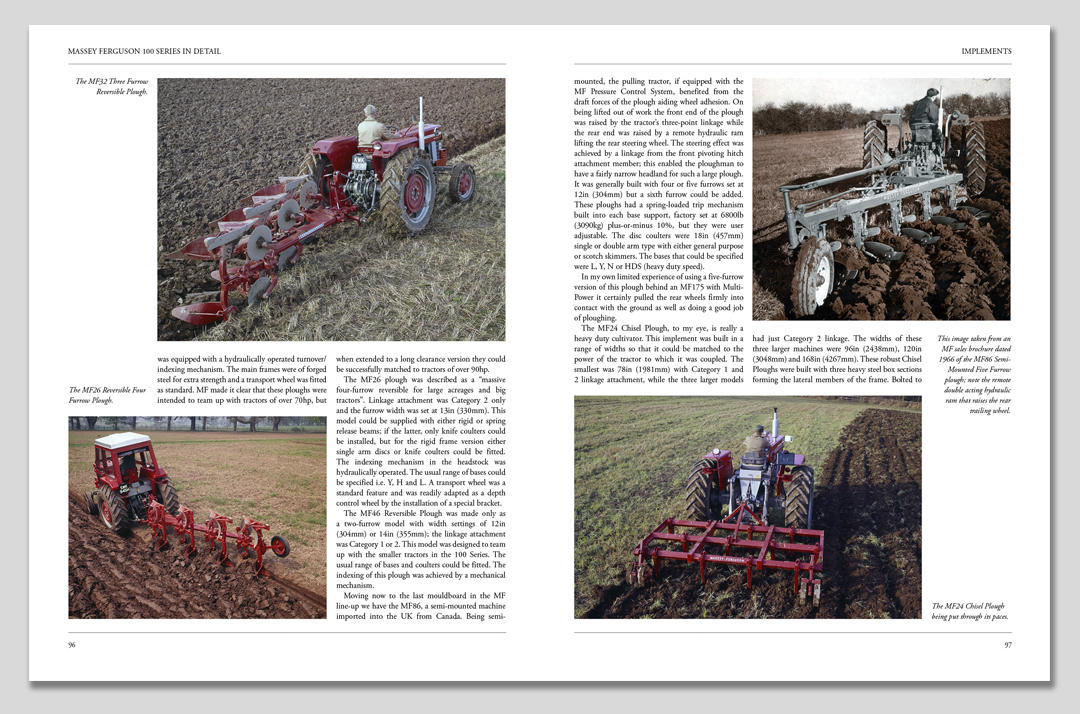 "...a book of high calibre, one to keep for future reference, a book full of quality archive and modern-day pictures and so much more." Ferguson Heritage

Following his well-received books in this ‘In Detail’ series on the Ferguson TE20 and the Massey Ferguson 35 & 65 models, Michael Thorne, founder of the Coldridge Collection, which houses a host of covetable examples of Ferguson and Massey Ferguson tractors. turns his attention to the outstandingly successful and well-loved 100 Series of tractors.

Of the 100 range, the most popular was and remains the 135, an updated version of the earlier 35 model. Half a million 135s were built at Massey Ferguson’s factory in Coventry alone, with production overseas on top of this figure. Another big success was the larger, more powerful 165, with nearly 200,000 sold. This model, like the 135, is among the most popular and sought-after classic tractors today, although many 135s and 165s are still in active use around the world, in spite of their age.

There is an extensive chapter on the implements available for the range, and another on conversions – among them four-wheel-drive and conversions to suit specific tasks – and accessories. Finally, John Farnworth and Bob Dickman, who worked with 100 Series tractors around the world, have contributed their own fascinating accounts of how ‘their’ tractors fared, the varied work they did and the sometimes challenging conditons in which they did it, in far-off places including Saudi Arabia, Yemen, Oman, Ethiopia, Malaysia, Kenya and Australia.

Featuring 290 illustrations including  detailed colour photography, specially commissioned for this book, of outstanding examples of 100 Series tractors this book offers an unrivalled store of knowledge for the owners and enthusiasts who care passionately about these tractors, and serves as a tribute to the people who made them. 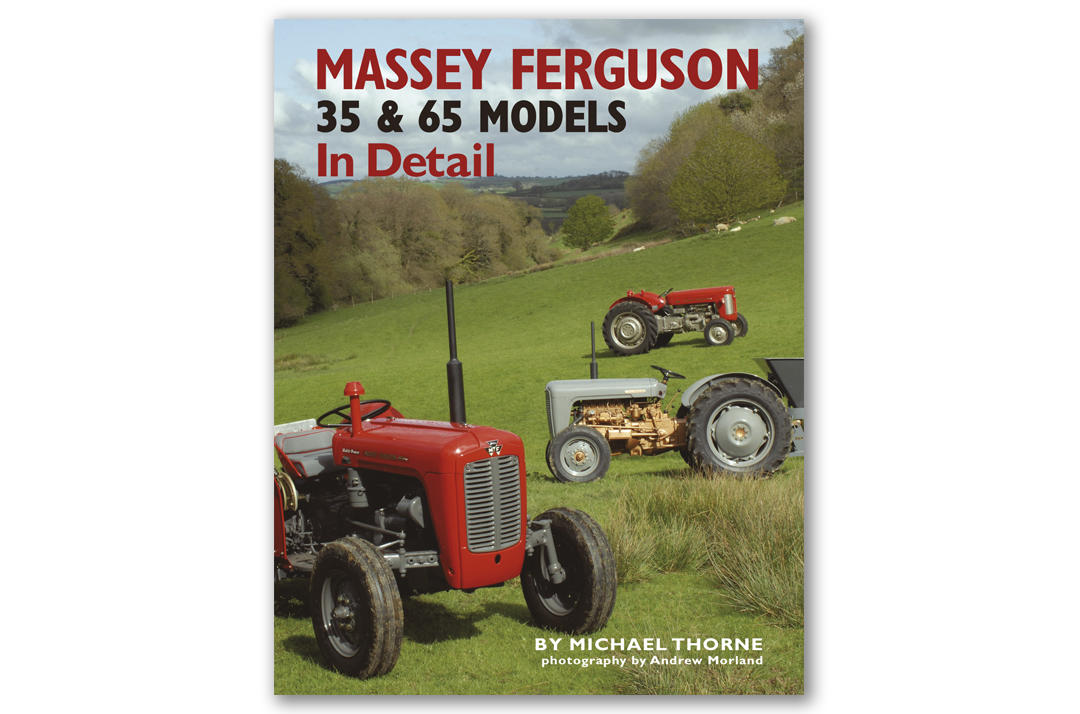