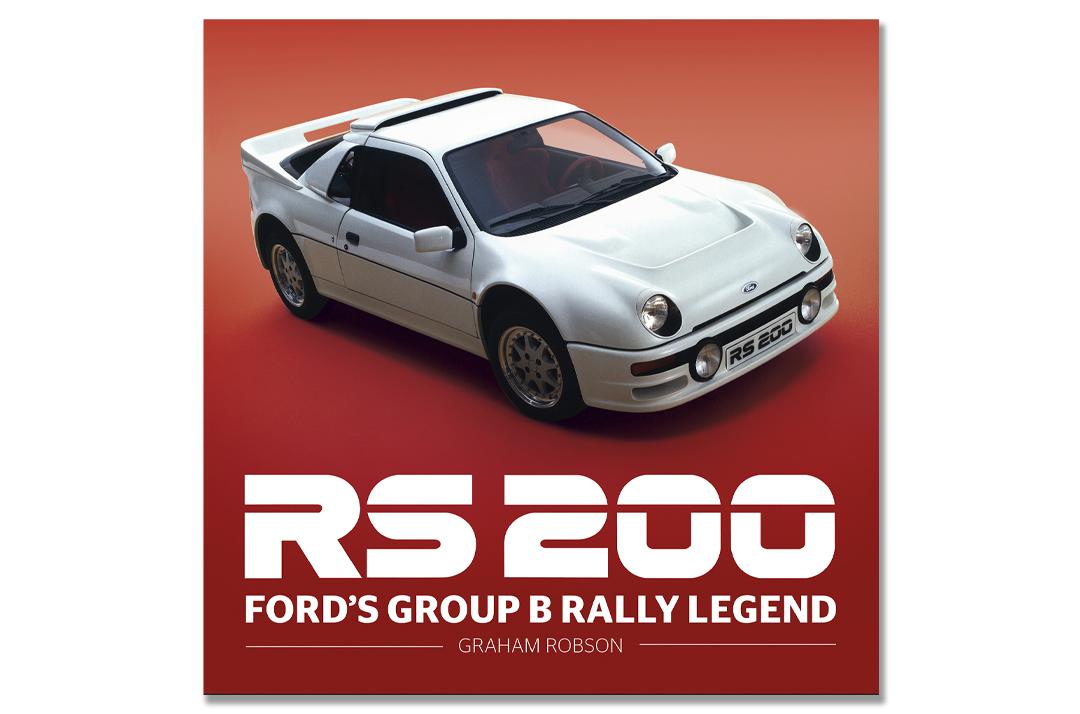 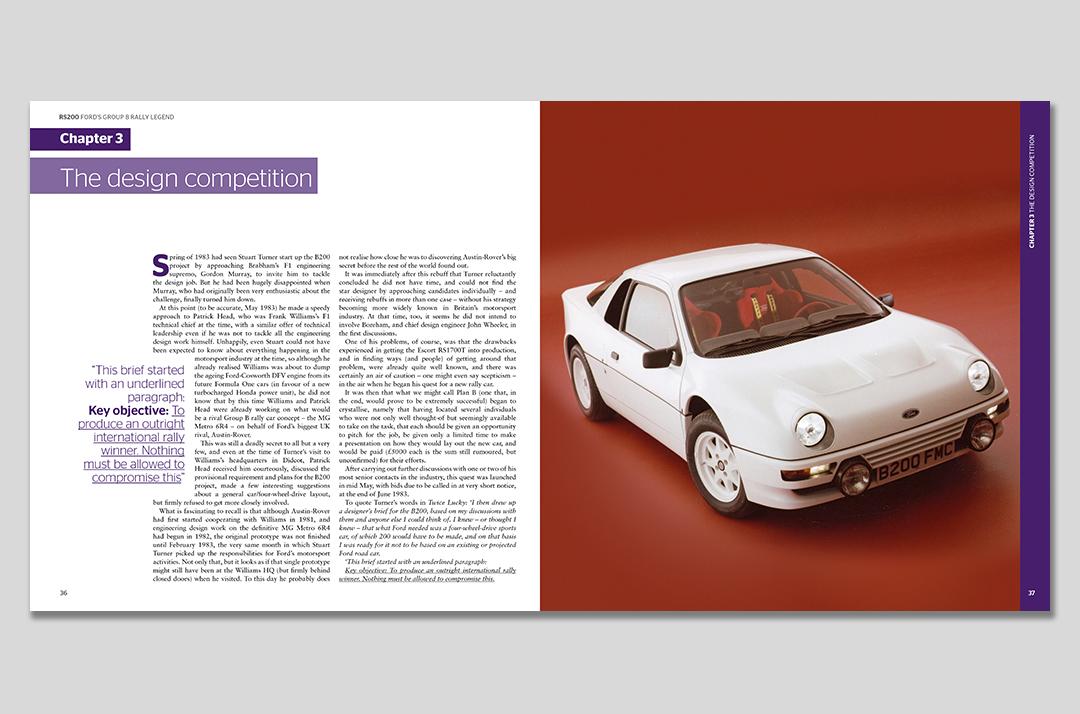 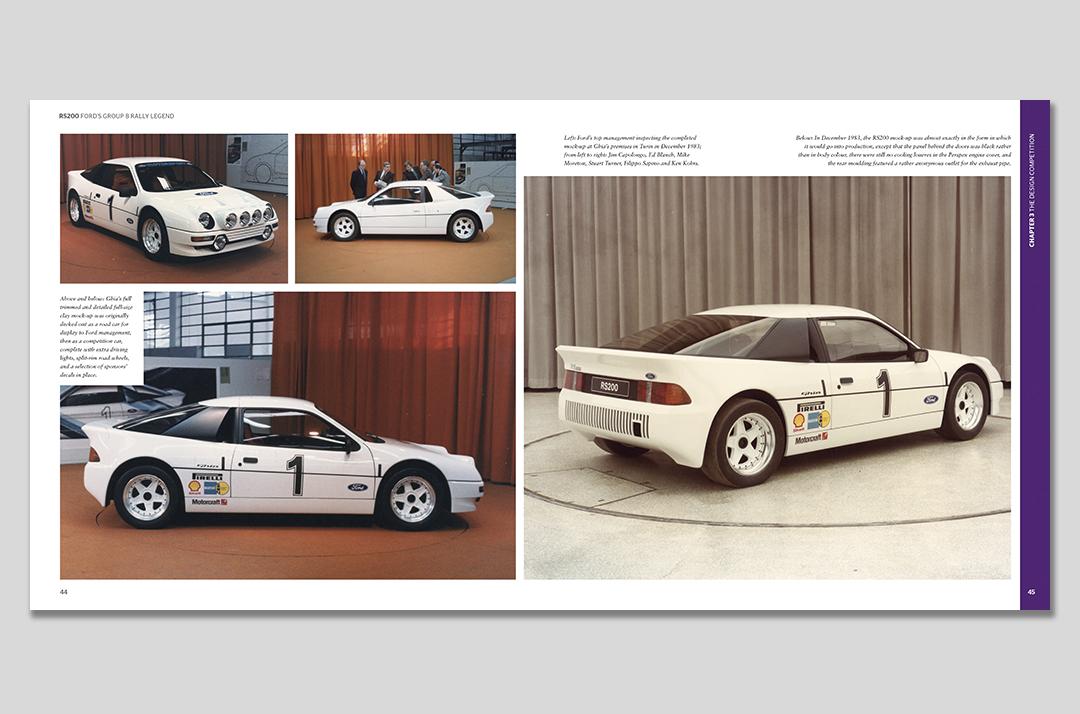 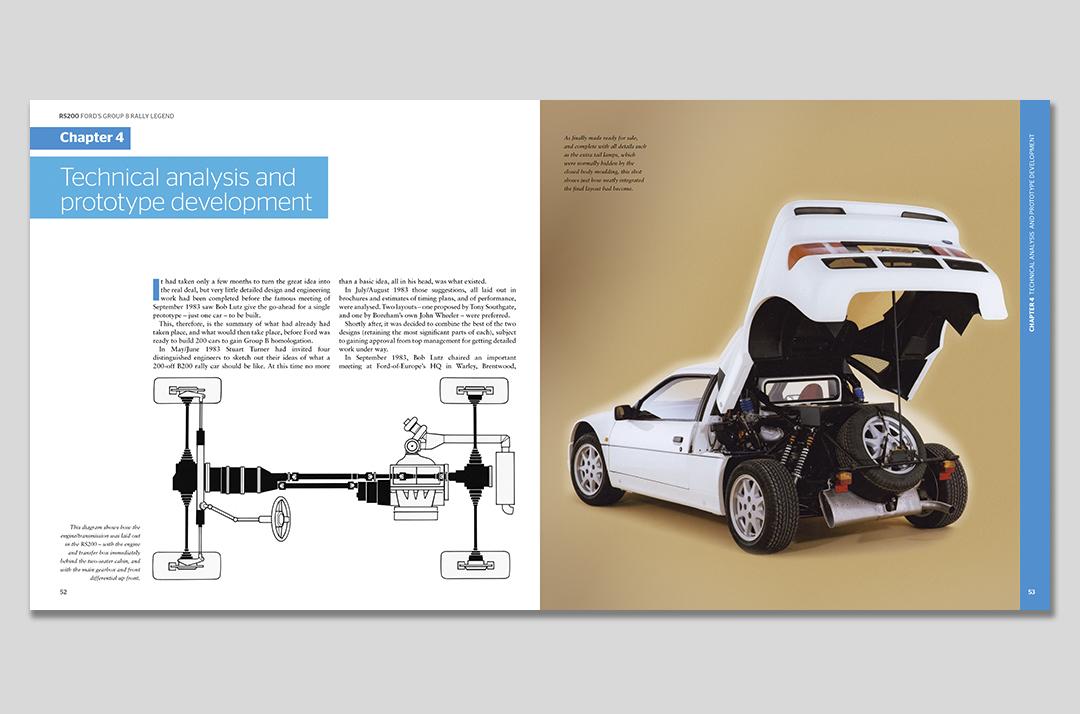 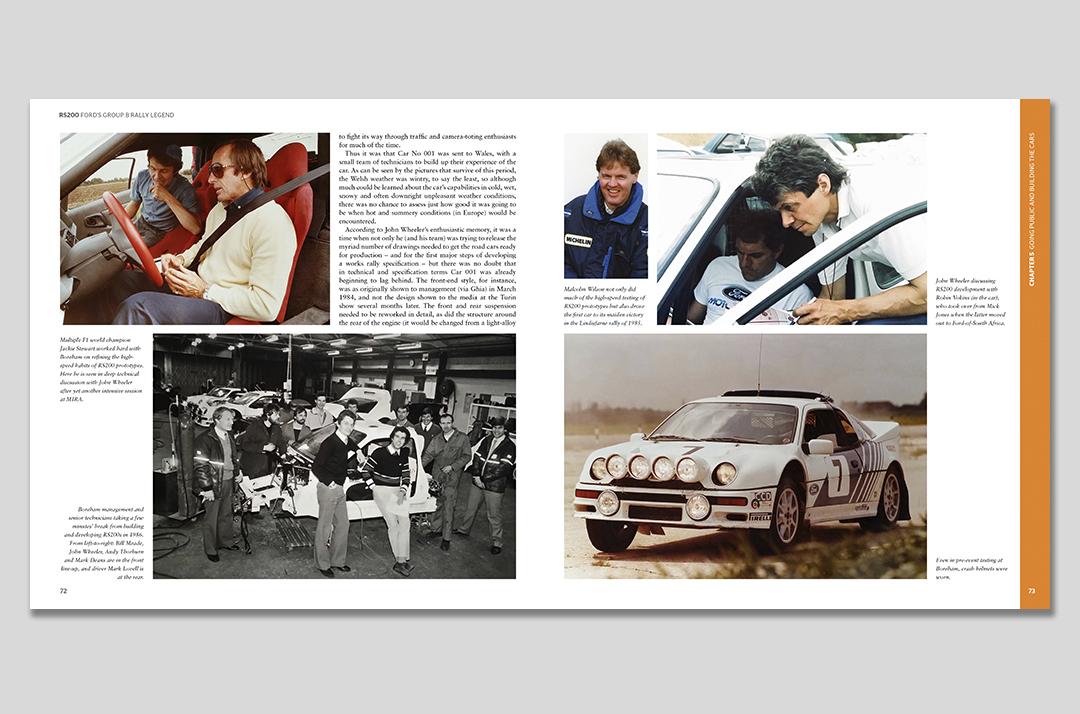 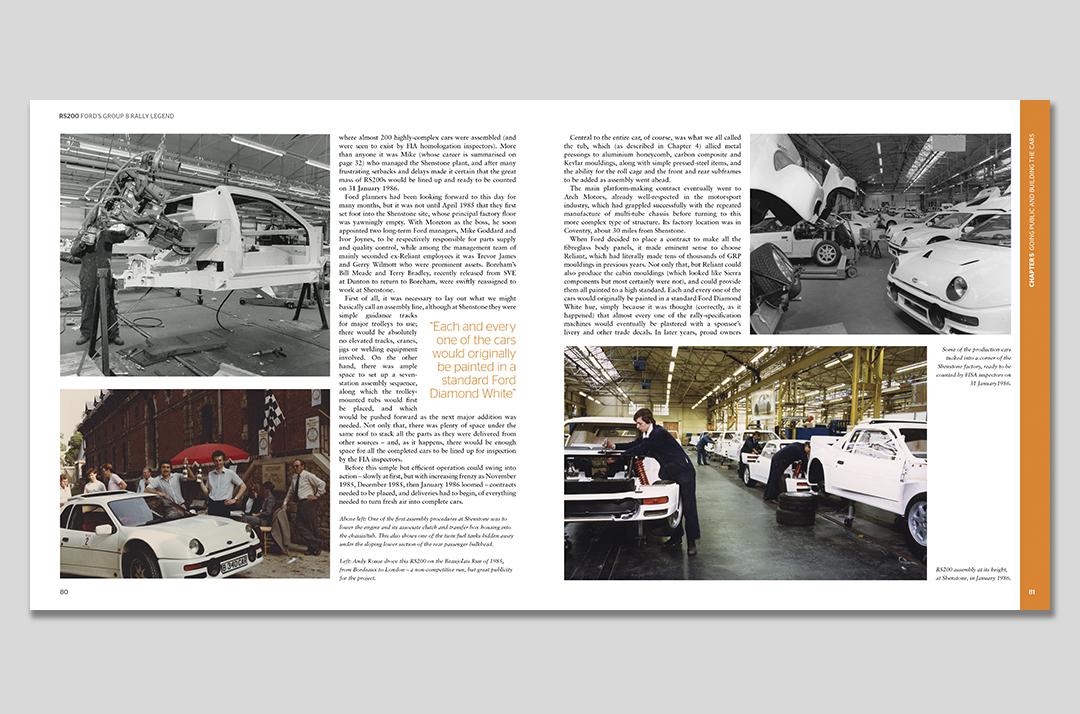 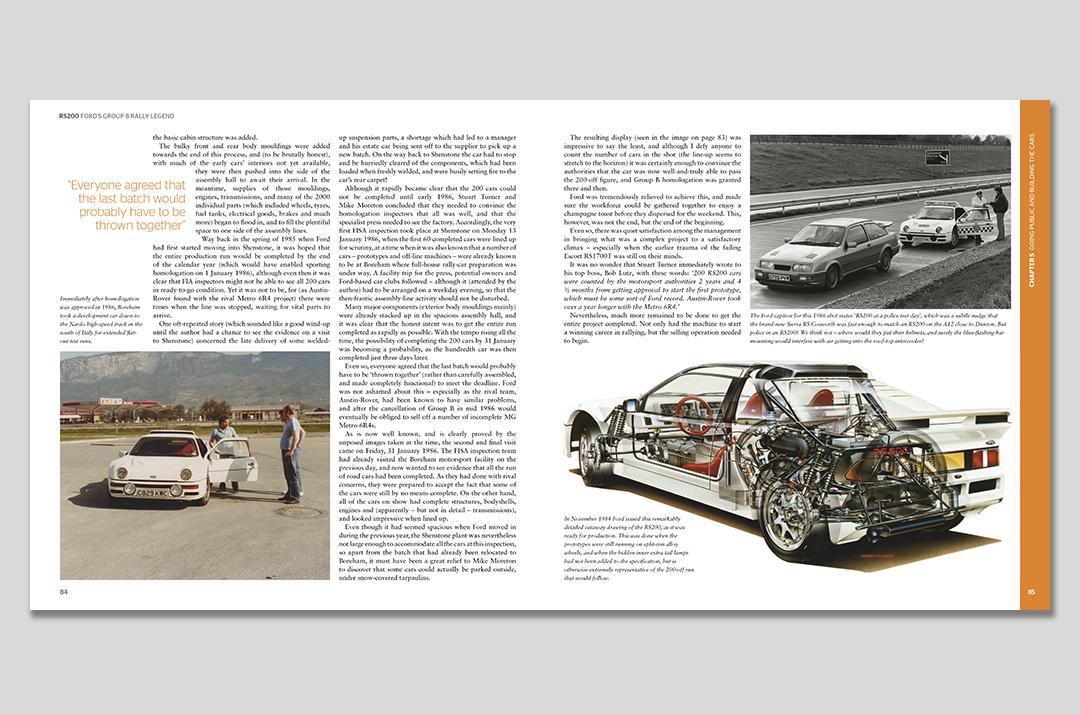 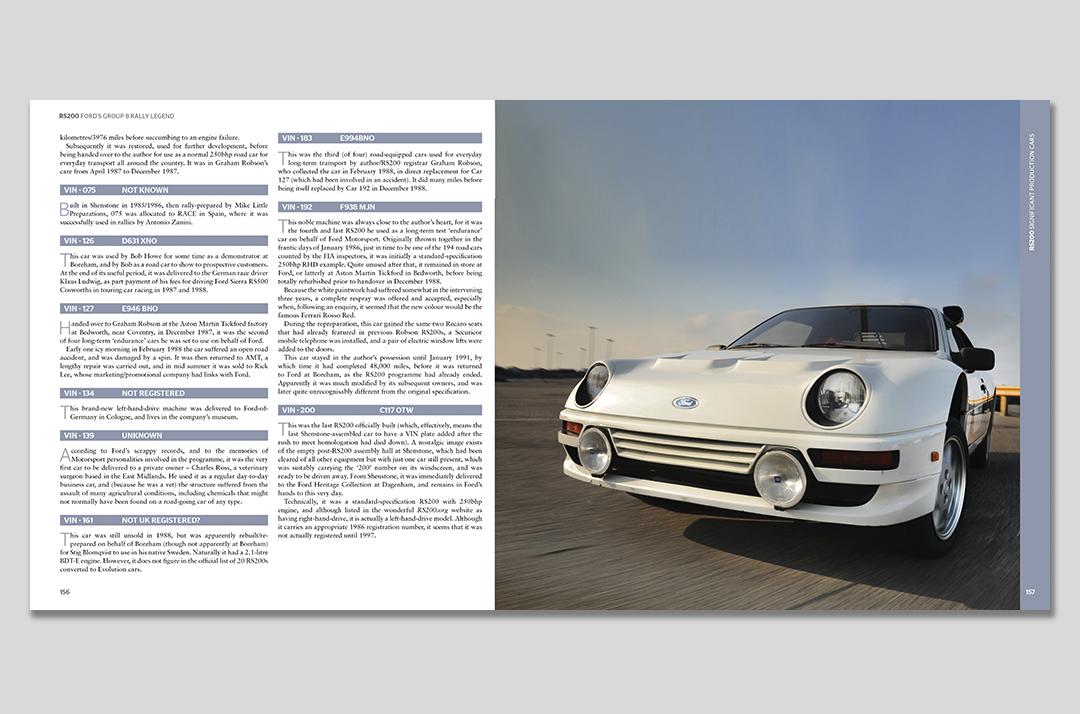 "Most of us will never get the chance to own or even experience a genuine RS200, but you can get a whole lot closer with this excellent book." Classic Ford

"The RS200 saga is a story we've all heard about in passing before, but few can tell it in so much detail as Graham Robson; he was there when it happened and was closely involved with the project throughout its lifetime." Fast Ford

In a short-lived but tempestuous and exciting life, motorsport’s Group B category attracted world-class manufacturers to develop new models. Almost all were technically-advanced, very powerful and striking in many ways – with Ford’s RS200 being perhaps the most attractive, and the most promising, of them all.

Conceived in 1983, built in 1985 and 1986, and rallied strongly in 1986, the RS200 not only looked purposeful but was only at the start of a promising career when the FIA killed off the controversial Group B category. Although Ford had already built 200 cars to satisfy homologation requirements, the RS200’s career was brought to an abrupt close, and Ford Motorsport’s efforts were almost entirely negated.

Graham Robson was closely involved with the project throughout its tempestuous career, noting (and sometimes experiencing) all the concept stages, the engineering process, the styling, development, and manufacture, followed by a four-year period when he drove RS200s as normal road cars.

This is the complete story, as related by the top management, designers and enthusiasts who ran, and competed with, the cars themselves, along with many details of when, where and how, all the elements of the design came together. But this is not merely a trawl through the archives, as Robson persuaded top personalities including Ford Motorsport boss Stuart Turner, engineer John Wheeler and project manager Mike Moreton to fill in the details.

But why was a mid-engined, four-wheel-drive layout chosen? Why was Ghia of Italy drafted in to produce the elegant style of this two seater? Why did the production cars have 1.8-litre turbocharged engines, and why was a 2.1-litre version proposed for the next version of the car? What and why was there such a long search for a factory in which to build the cars, and why was a Ford plant not chosen? This is a complex, visually and technically enthralling tale, which provides inside information of probably the bravest sporting programme ever tackled by Ford UK. 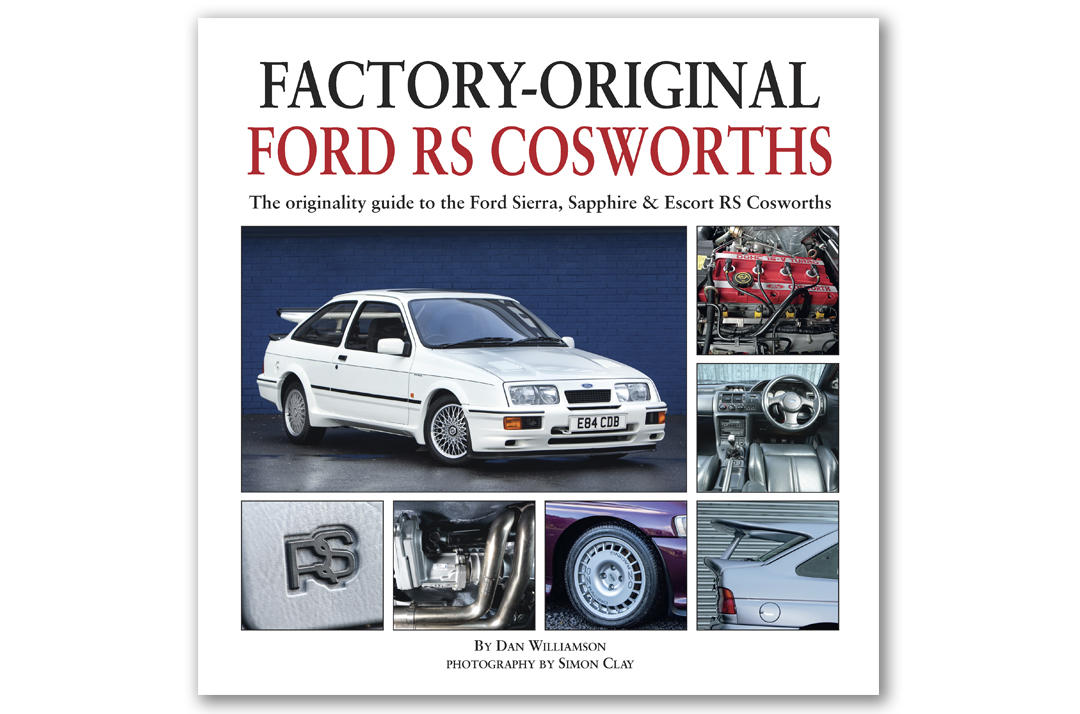