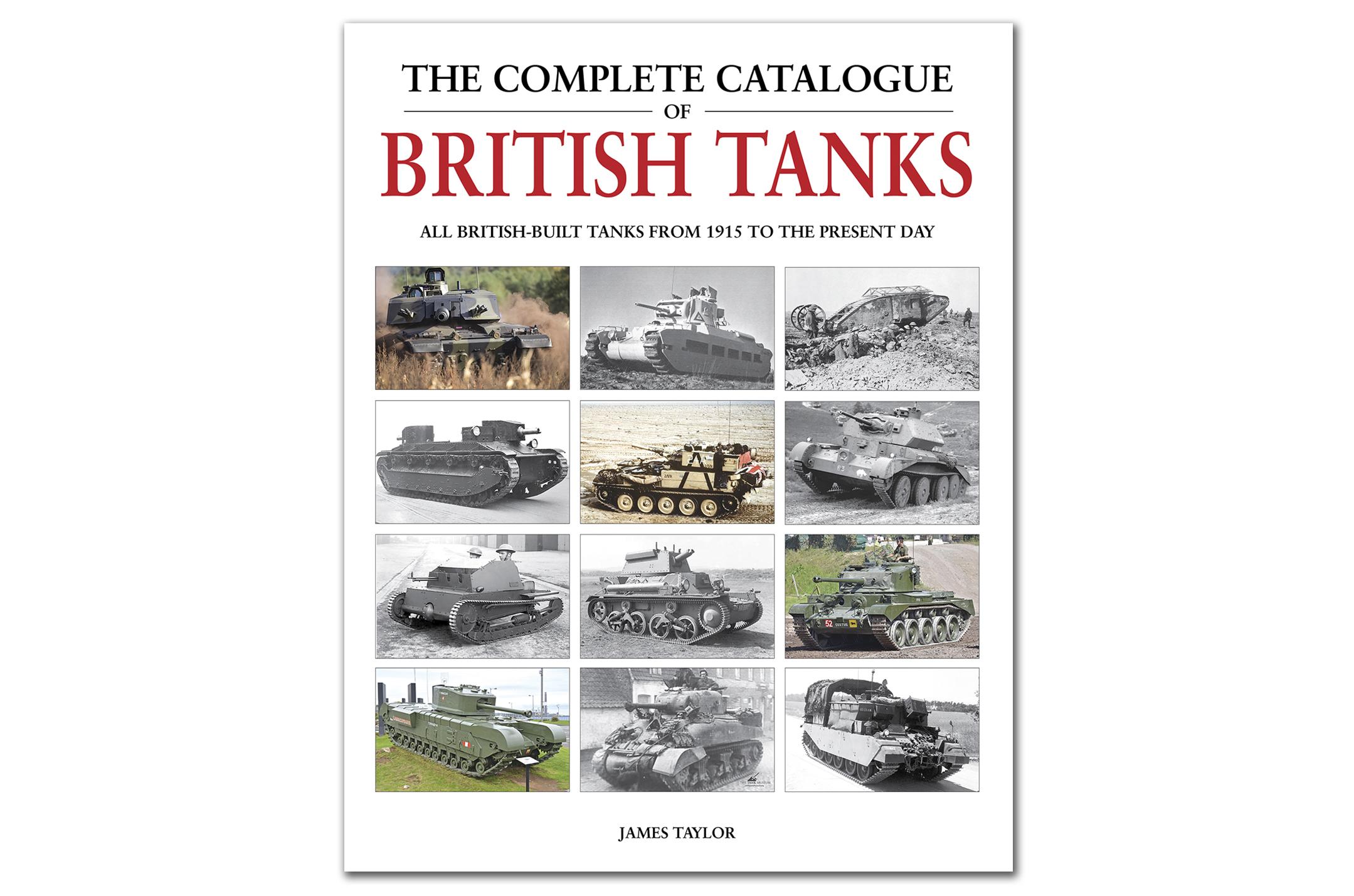 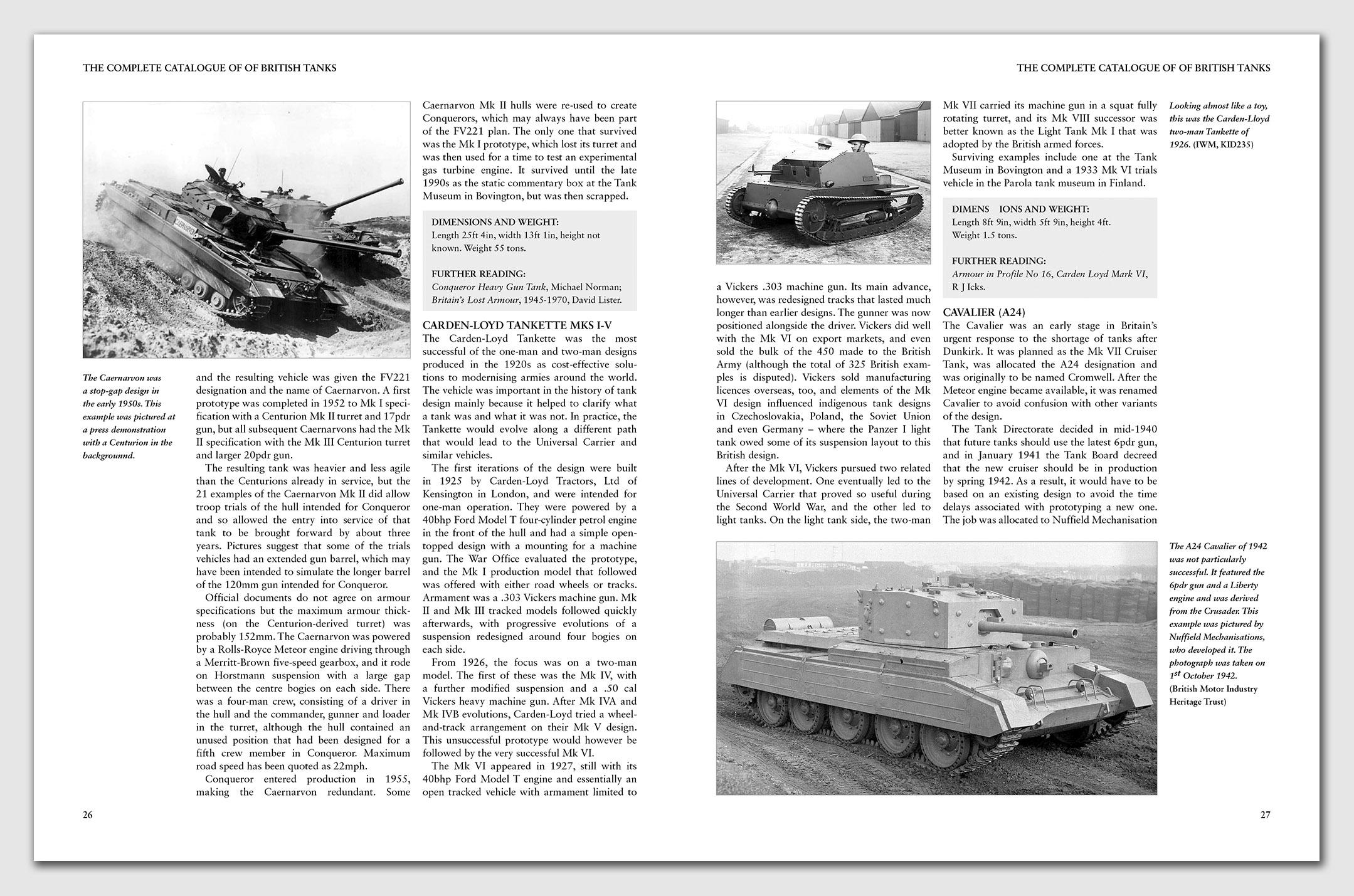 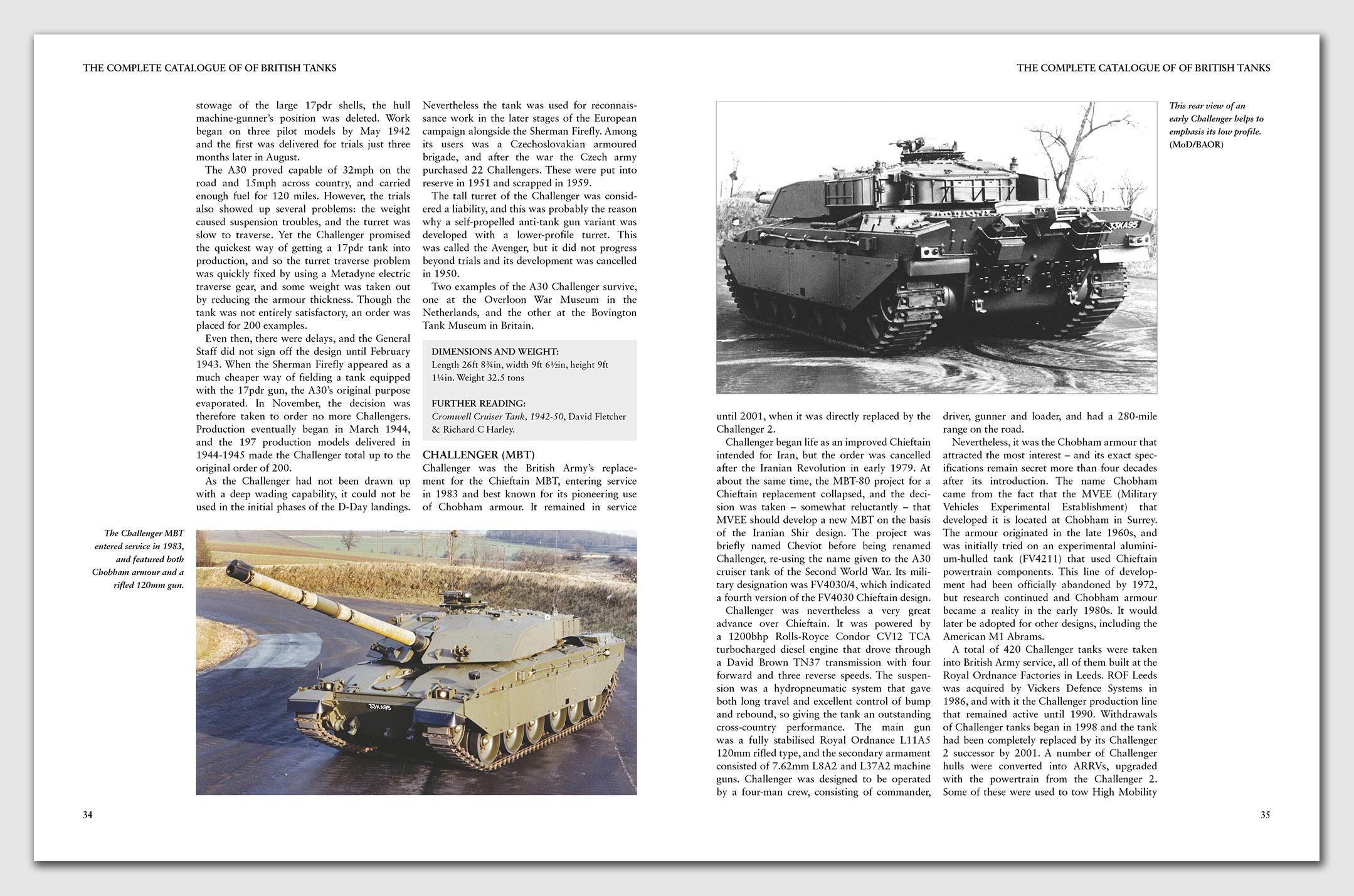 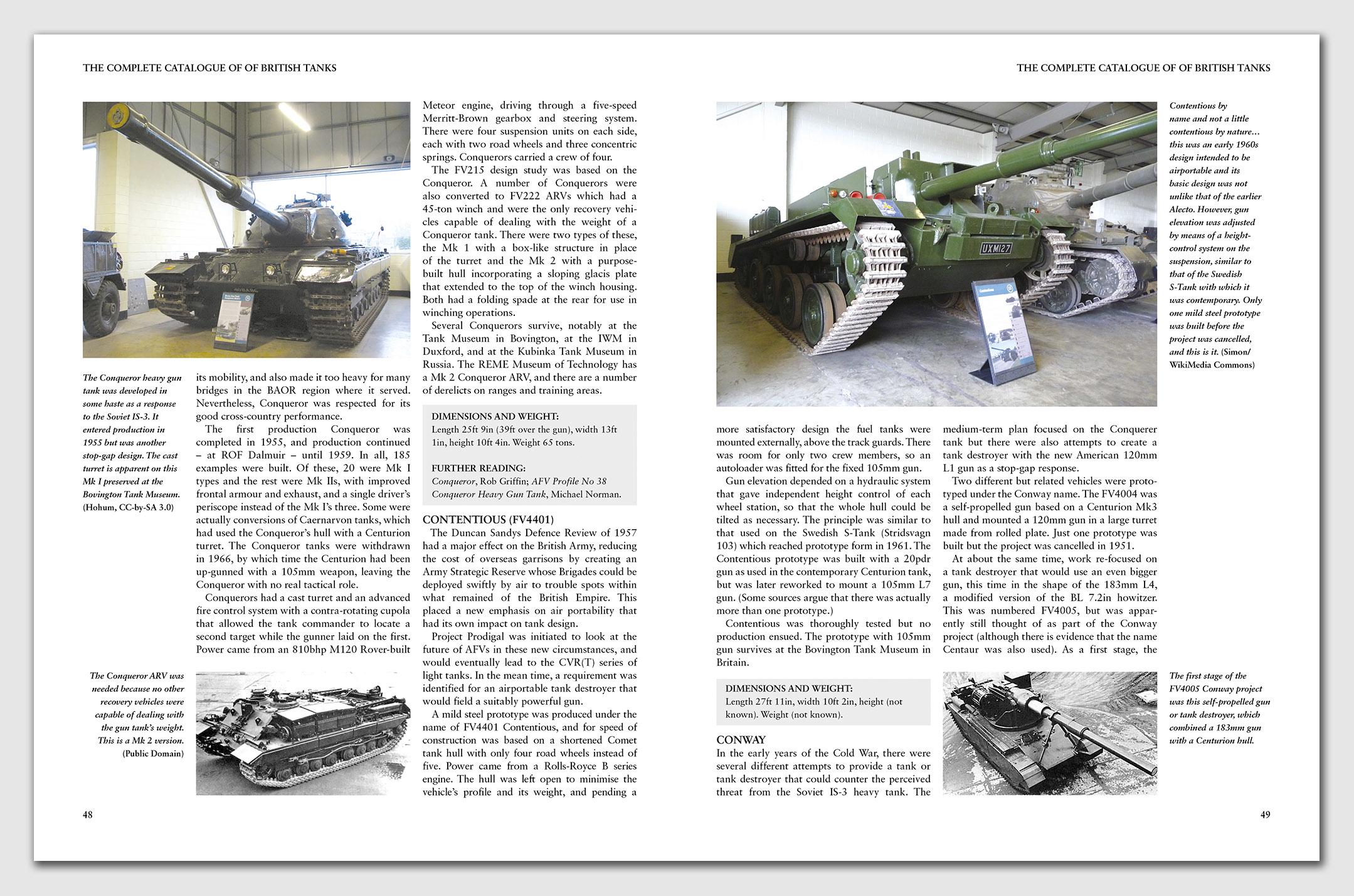 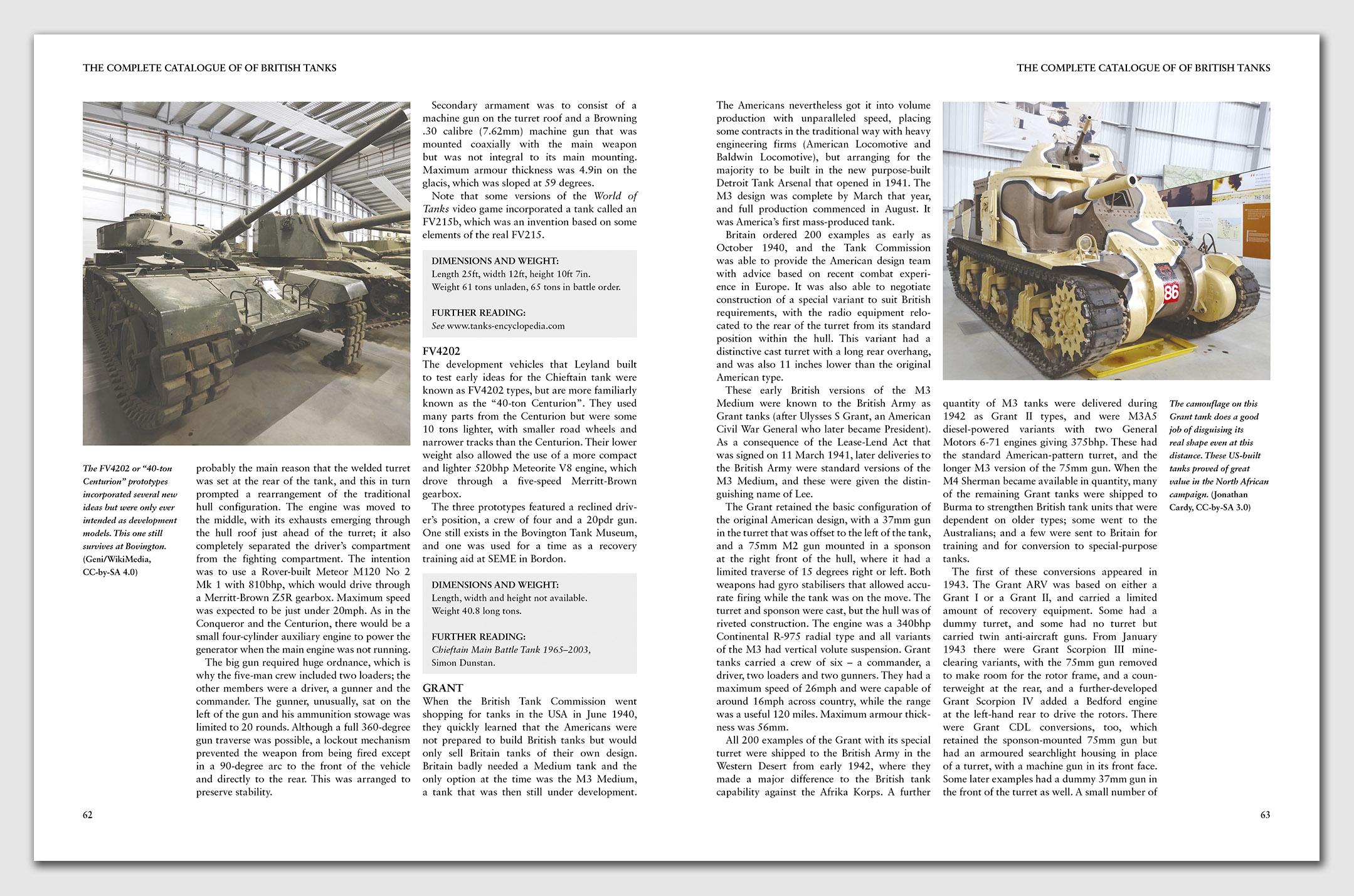 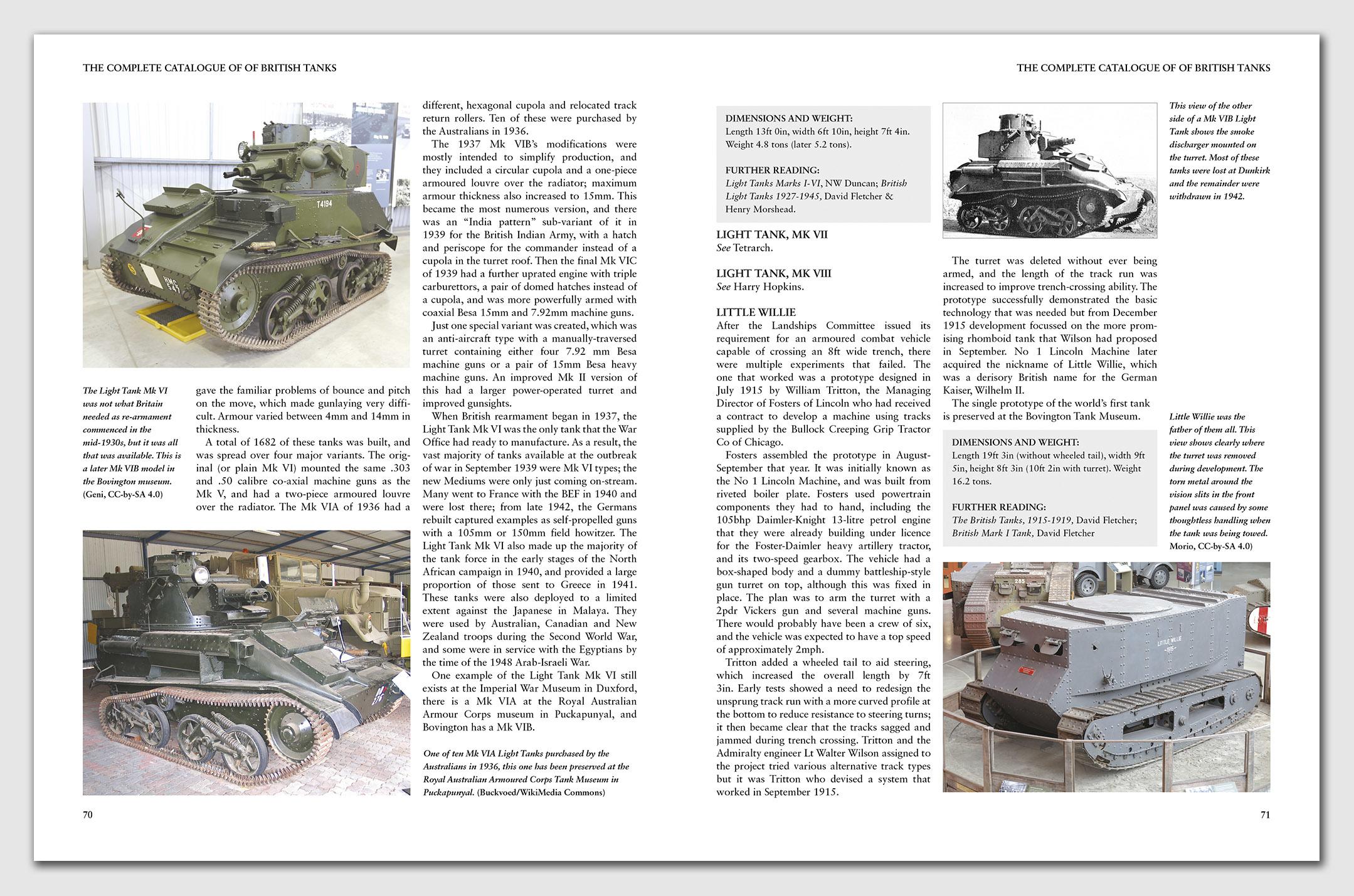 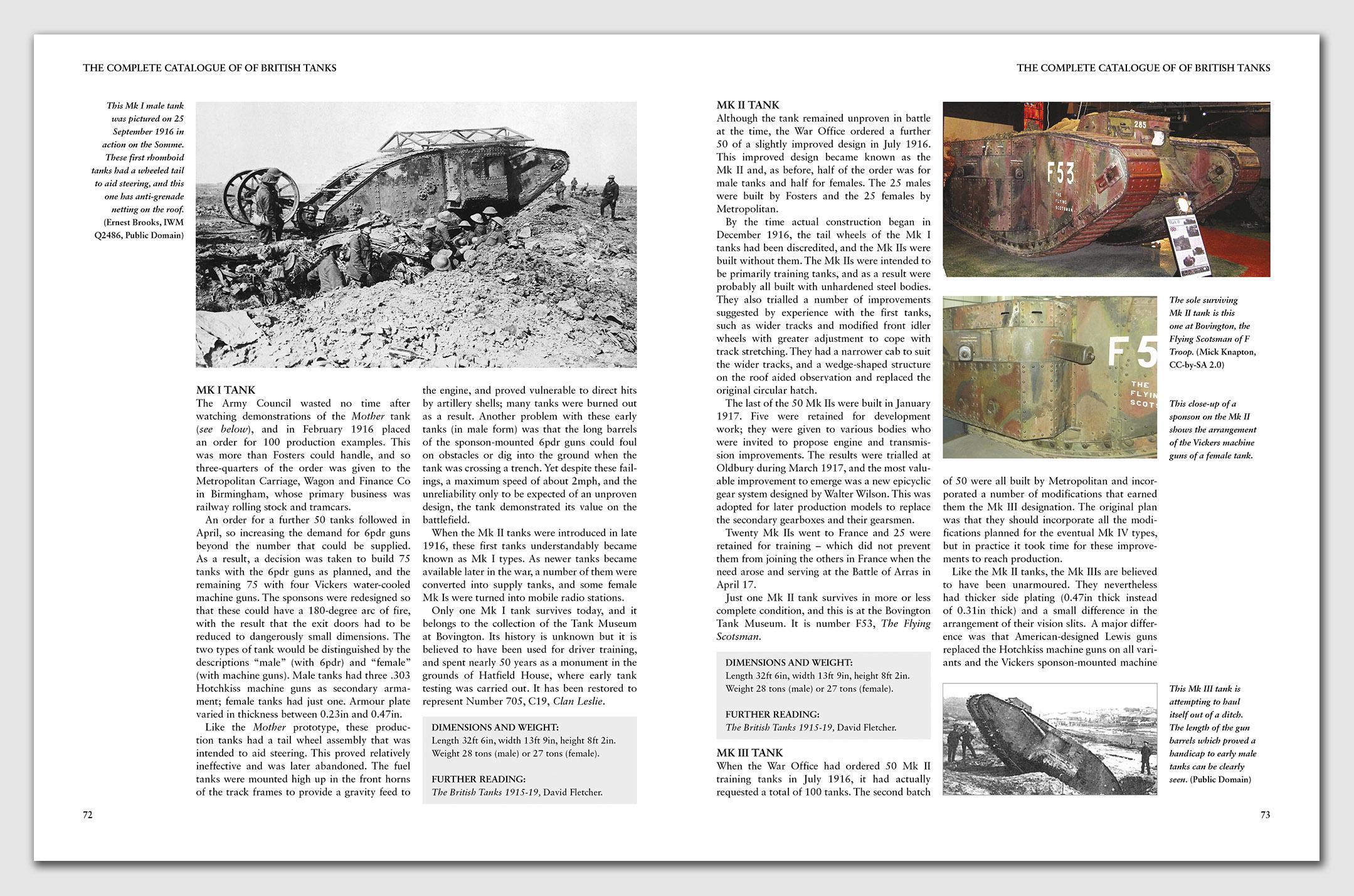 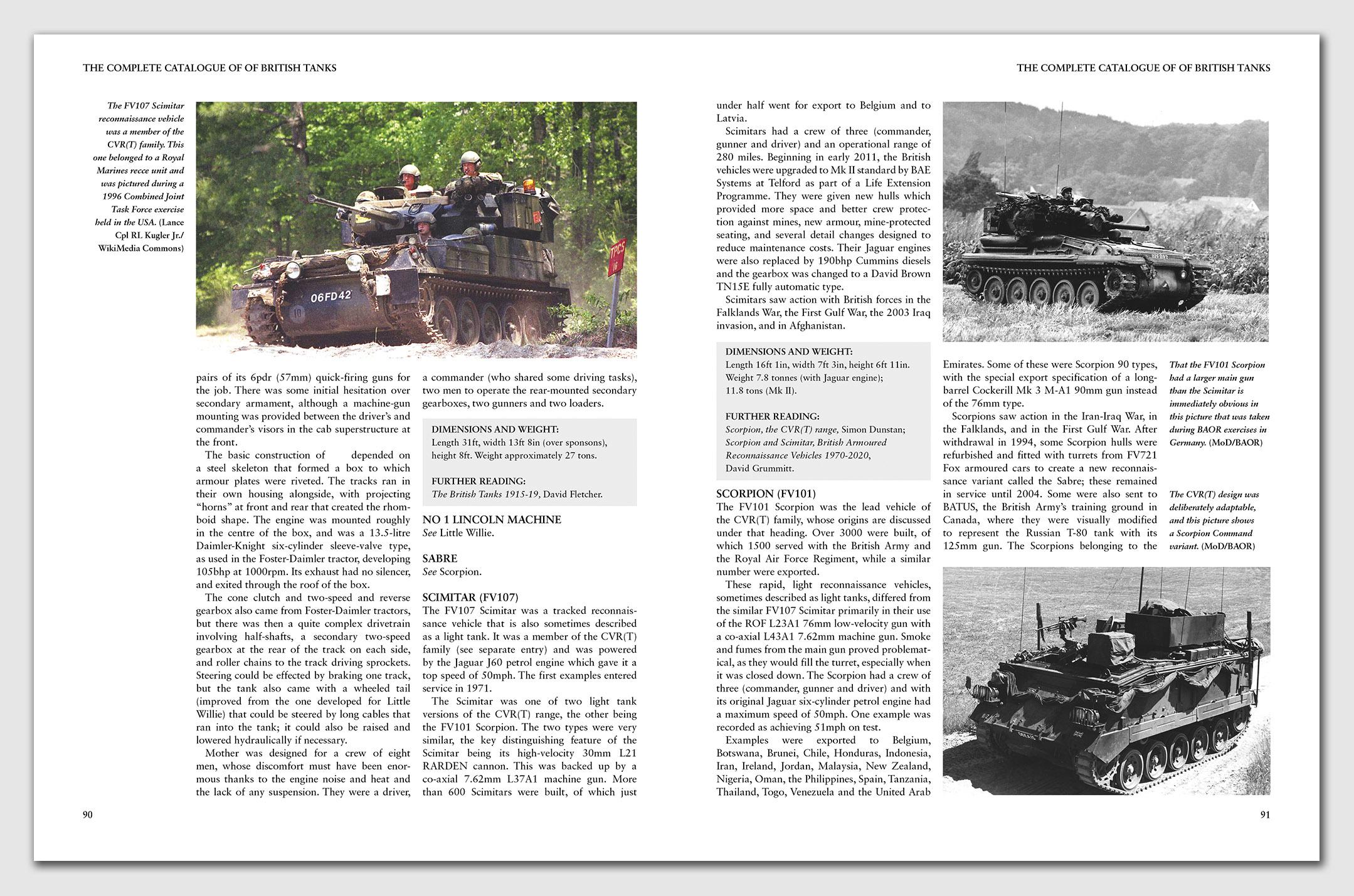 The Complete Catalogue of British Tanks

As the nation that conceived the first tank more than a hundred years ago, Britain has a long and fascinating series of tank designs to its credit. Despite a period of apathy from the relevant authorities about the value of tanks, which led to its grateful reliance on American-made models during the Second World War, Britain bounced back to become an important innovator once again – notably with the development of the still-secret Chobham armour for the 1980s.

In addition to the outstanding successes of British tank design, there were many unsuccessful designs along the way. The sheer quantity of proposals, prototypes and production models is bewildering to all but the non-specialist, and yet fascinating to those who persevere in their search for information. The Complete Catalogue of British Tanks therefore aims to make the essential information available in readily digestible form, as well as to suggest further sources of information for those who wish to take their interest a stage further.

Complete with useful Appendices about the variety of engines used in British tanks, and about the multiple main weapons that have been employed, this book will be a rapid-reference standby for anyone with an interest in the story of these armoured fighting vehicles. 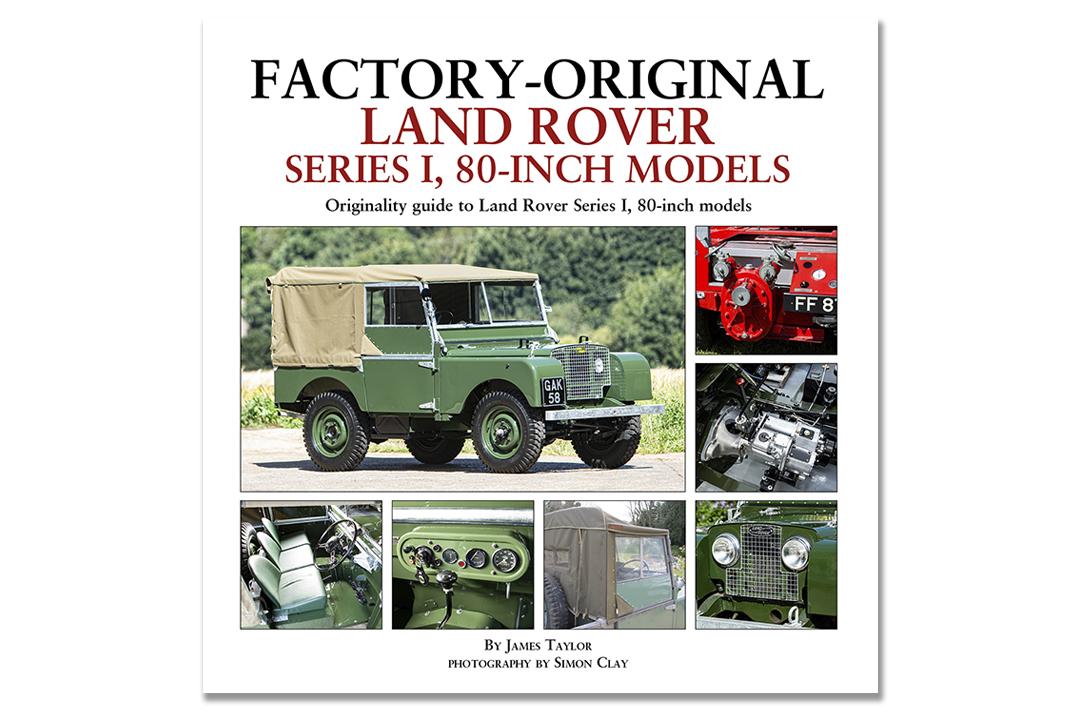 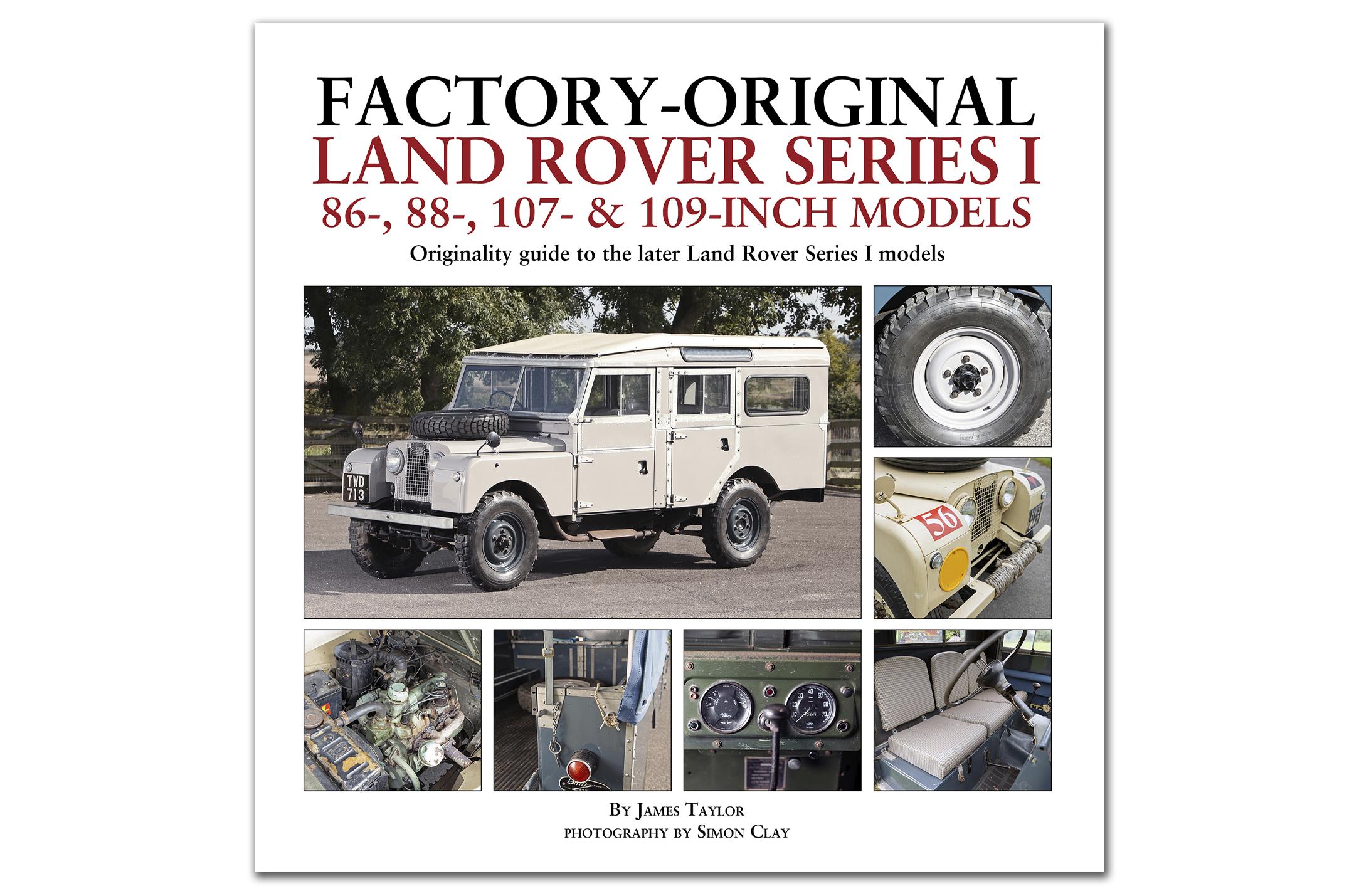 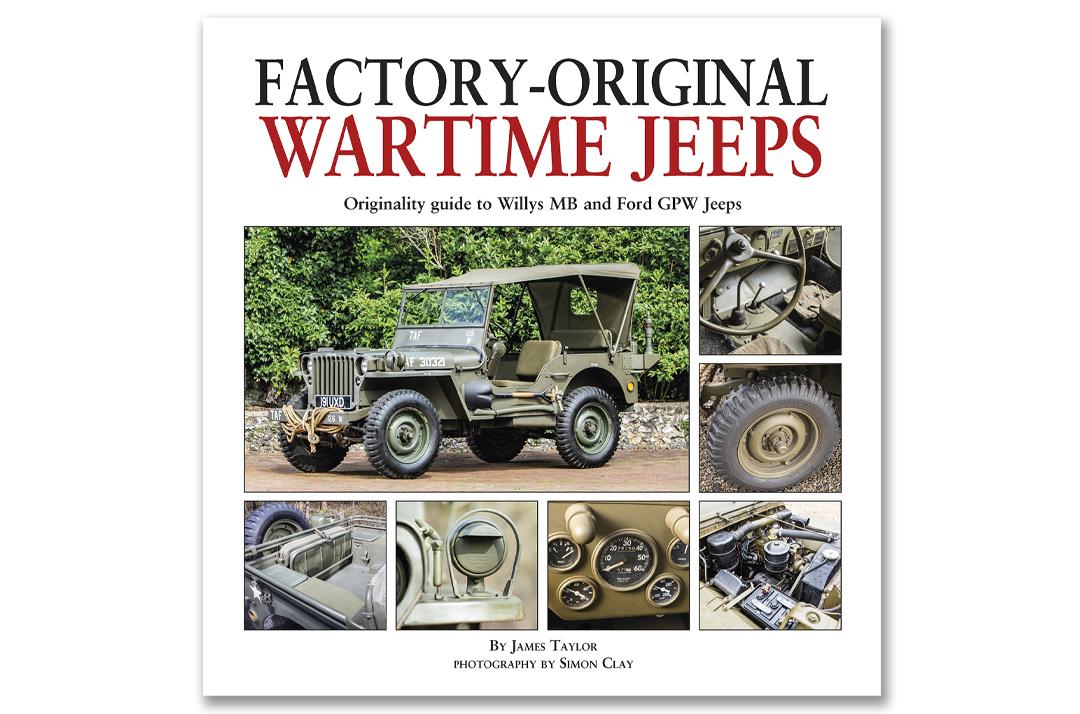