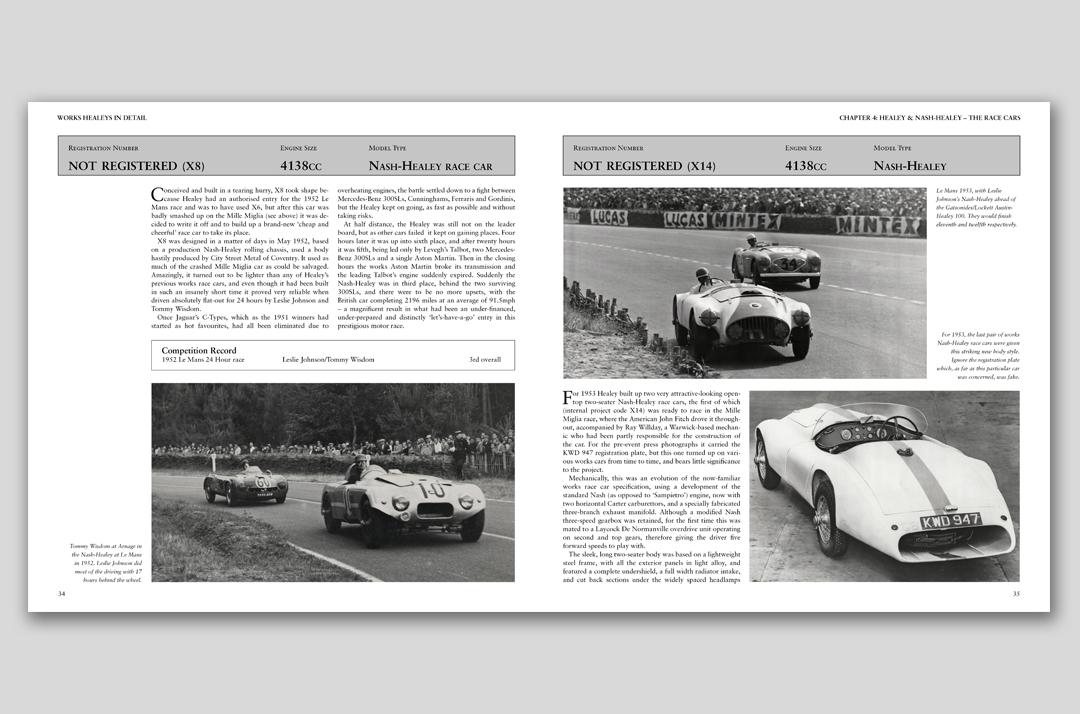 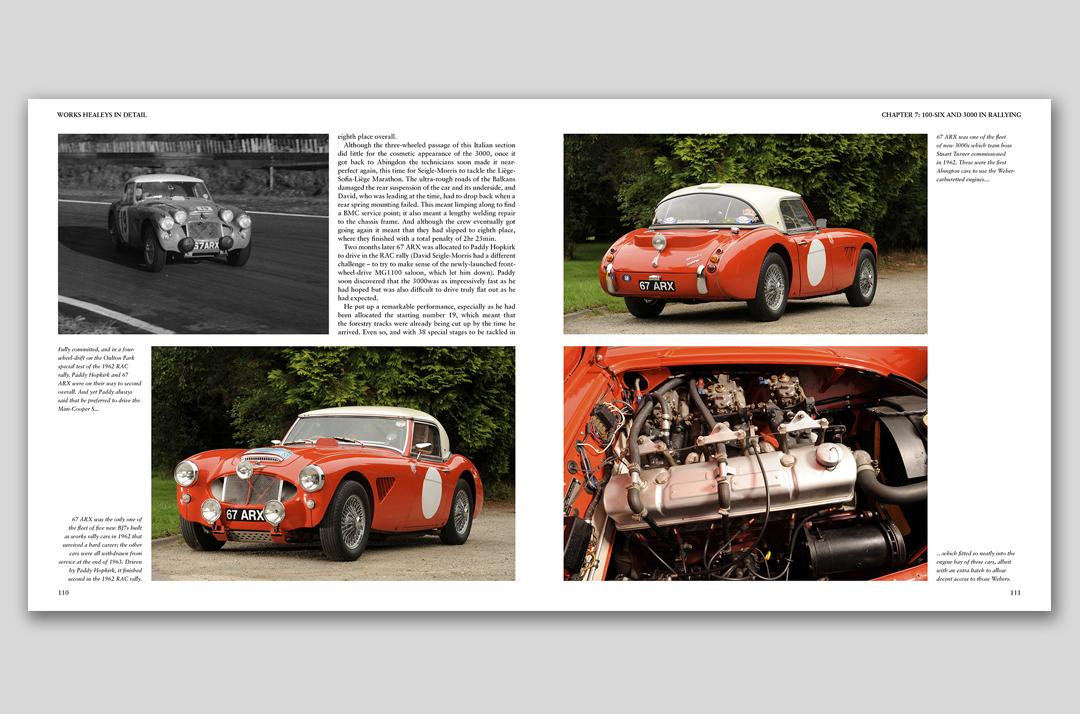 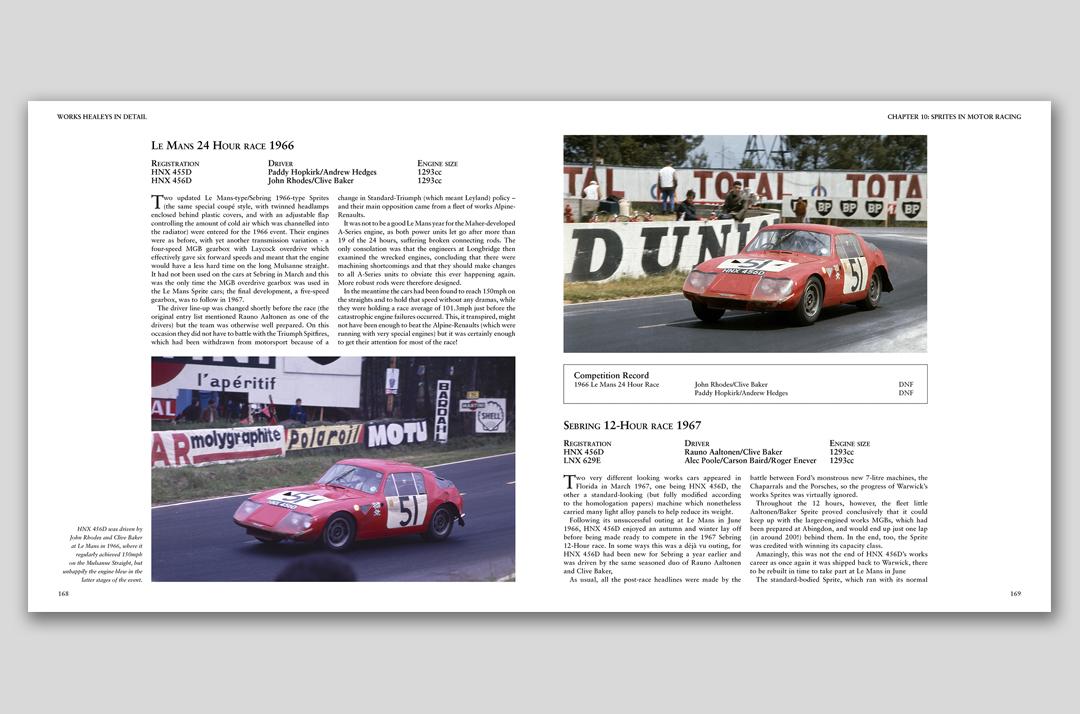 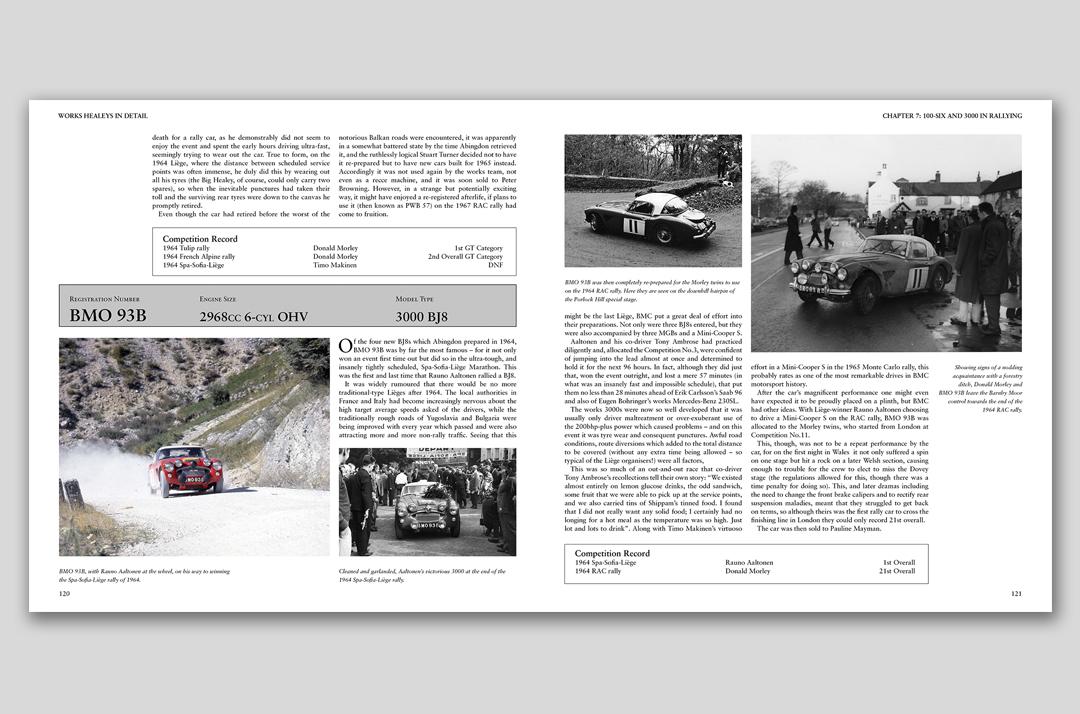 “a work of high quality, destined to become a standard reference.” The Automobile

Donald Healey began rallying in the 1920s and soon won fame for his exploits on European rallies, including first in the Monte Carlo rally in 1931 in a 4½ Litre Invicta and second in 1932. Already a successful businessman, his dream was to become a car manufacturer himself, particularly a manufacturer of high-performance cars, and in 1946 he launched the first two models, the Westland roadster and the Elliott saloon, from his small factory in Warwick. The Elliott was the fastest saloon car of its day, proving capable of over 110mph, and by 1947 was enjoying a rallying career. These models were followed by the stark Silverstone and the elegant Tickford saloon, the Nash-Healey and then the famous 100, which was rapidly adopted by Austin to become the first in the Austin-Healey line that developed into the 100/6 and the 3000, with the perky Sprite joining along the way.

Graham Robson is the doyen of writers on rallying. His new book joins his respected Works Triumphs, Works Escorts, Works Cortina and Corsair & Capri in our list. Here he tells of the story of Donald Healey’s cars in the world of rallying, racing and record attempts from the the late 1940s through to the last racing Austin-Healey Sprite in 1967. In between he produced competiton versions of the Austin-Healey 100 and 100S, the 100/6 and the gloriously successful 3000, a brutal and wayward machine that won countless international rallies in the 1960s in the hands of great drivers like Pat Moss, Timo Makinen, Rauno Aaltonen and Paddy Hopkirk, to name but a few.

The author describes the career of each of the works cars individually – entries, drivers and results, with nearly all cars illustrated. In addition there is detailed colour photography of some important surviving examples.