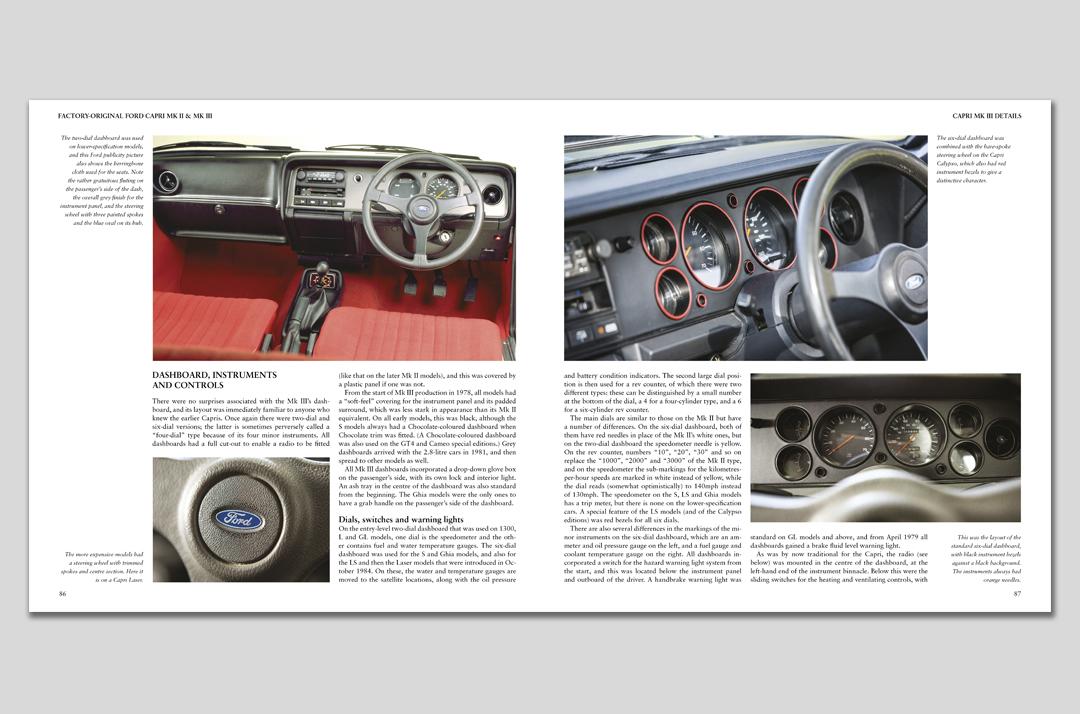 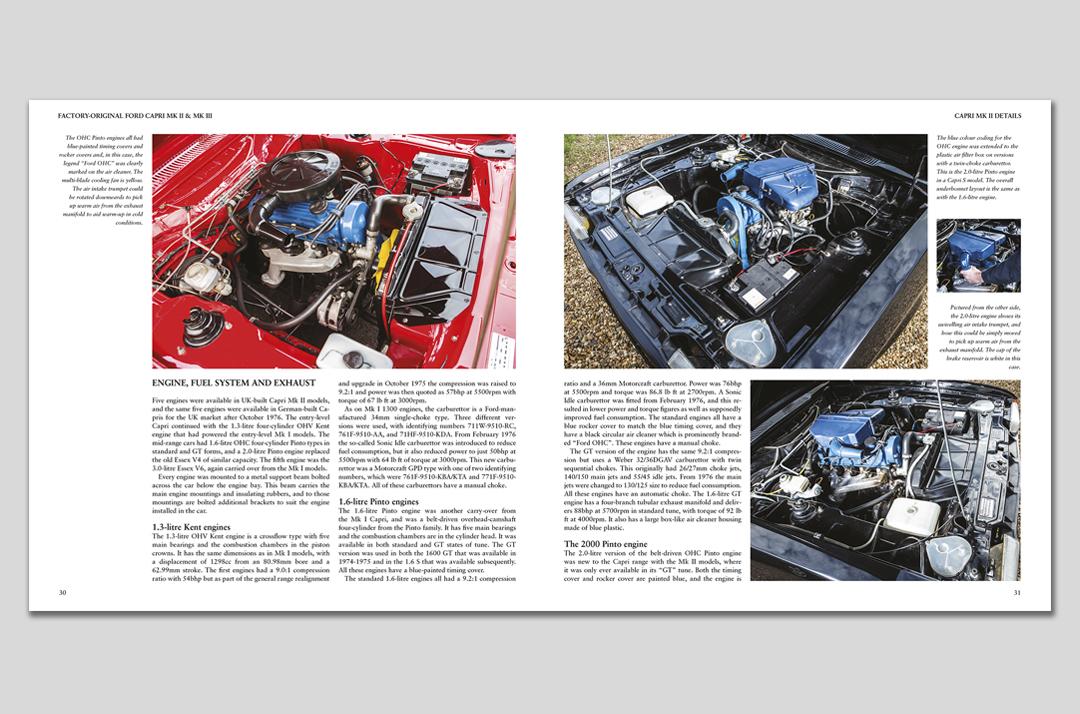 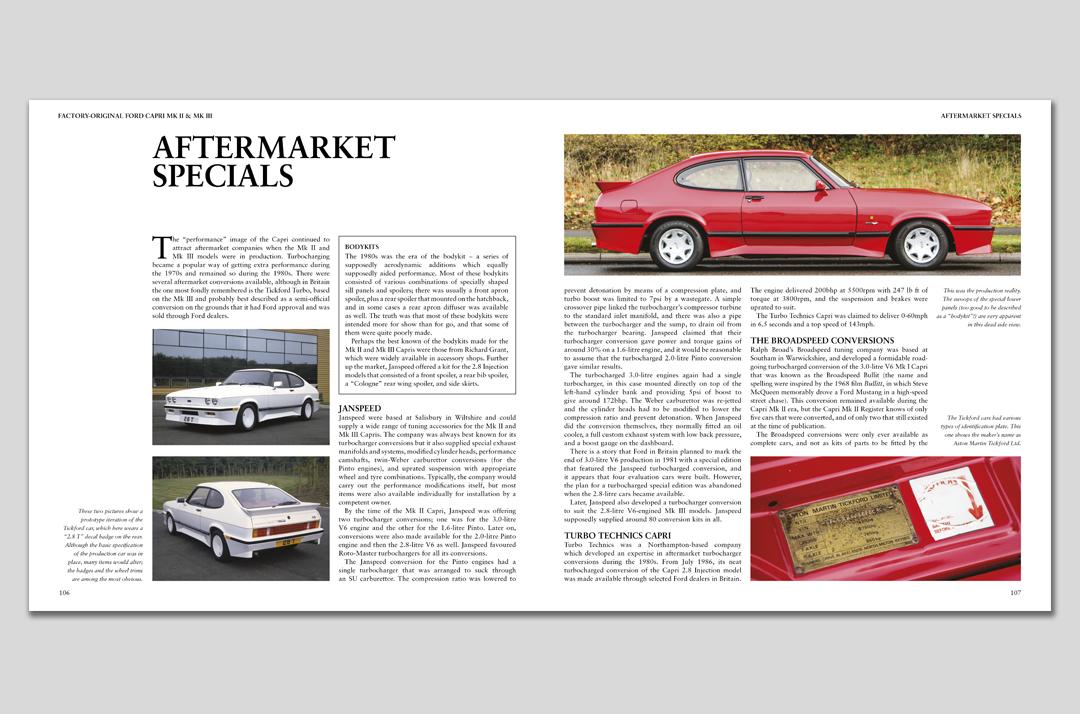 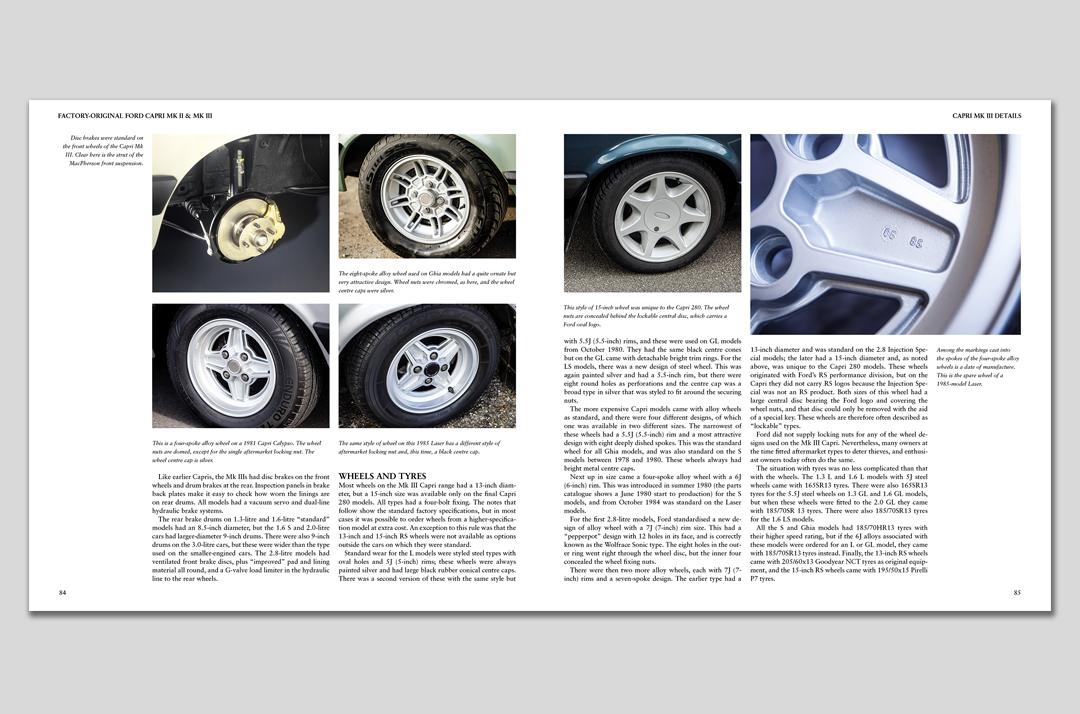 “If you love your Capris, this book is essential.” Classic Ford

The first-generation Ford Capri had been a massive success in Europe, to a large extent replicating that of the US Ford Mustang that had inspired it. The original car lasted in production from 1969 to 1973, and there was never any doubt that Ford would follow it up with a Mk II version. Nor was there any doubt that version would be refined to meet customer expectations – and that meant making it more appealing as family transport.

Although the basic silhouette of the 1974 Mk II was the one established by the earlier Capri, the new car was slightly longer, slightly wider, and slightly heavier. It also had sharper and smoother lines, with larger side windows. Most importantly, it had a large upward-opening tailgate.

There was a five-engine range of 1300, 1600, 1600GT, 2000 and 3000, some new and some carried over from the Mk I range. To this Ford added the usual variety of trim levels, which from 1975 were topped by a new Ghia luxury specification. Early cars for the UK were built at Halewood, but from autumn 1976 all Capris would be built in Germany.

Sales remained strong, although not as strong as in the Mk I era, and by 1978 Ford was ready with a refreshed Mk III range. Although production of these variants peaked in 1979, Capri Mk III production continued for a total of nine years until it was brought to a close at the end of 1986. From 1981, the German-built injected 2.8-litre V6 engine replaced the long-serving 3.0-litre from Dagenham, and there is little doubt that the halo effect of this new high-performance engine helped sales of lesser Capris over the next few years. Further interest came from a variety of special-edition models in the 1980s, and many of these are highly sought-after today.

This book looks at all these variants and more as it takes the reader right through the production period from 1974 to 1986. It seeks out the correct factory specifications, equipment and finishes across the whole range of models sold in the UK, including the low-volume special editions, and backs this up with nearly 300 specially commissioned colour photographs. Body panels, external trim and badging, interior trim, dash, instruments and controls, underbonnet components, engine and transmission, lamps and other features all come in for scrutiny.