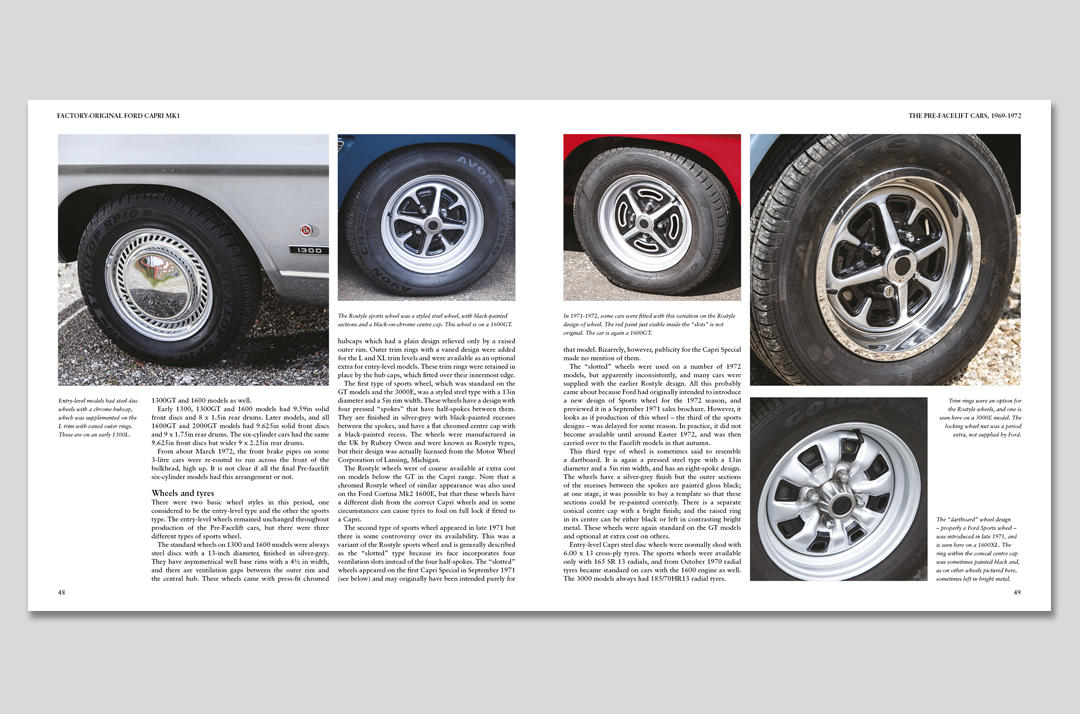 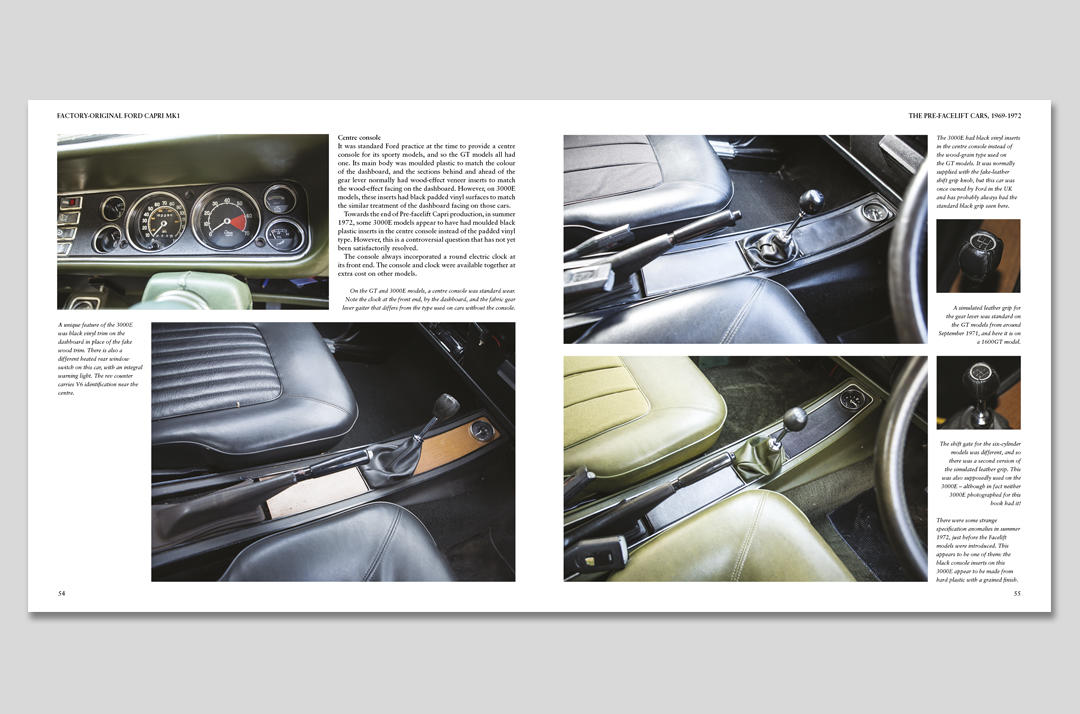 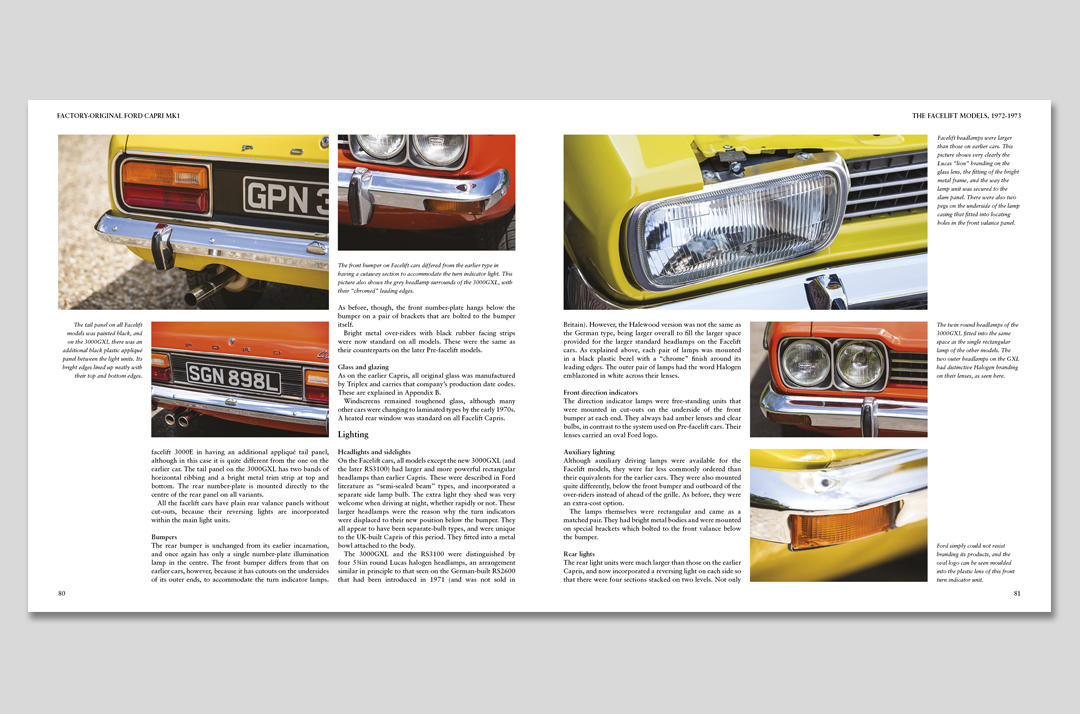 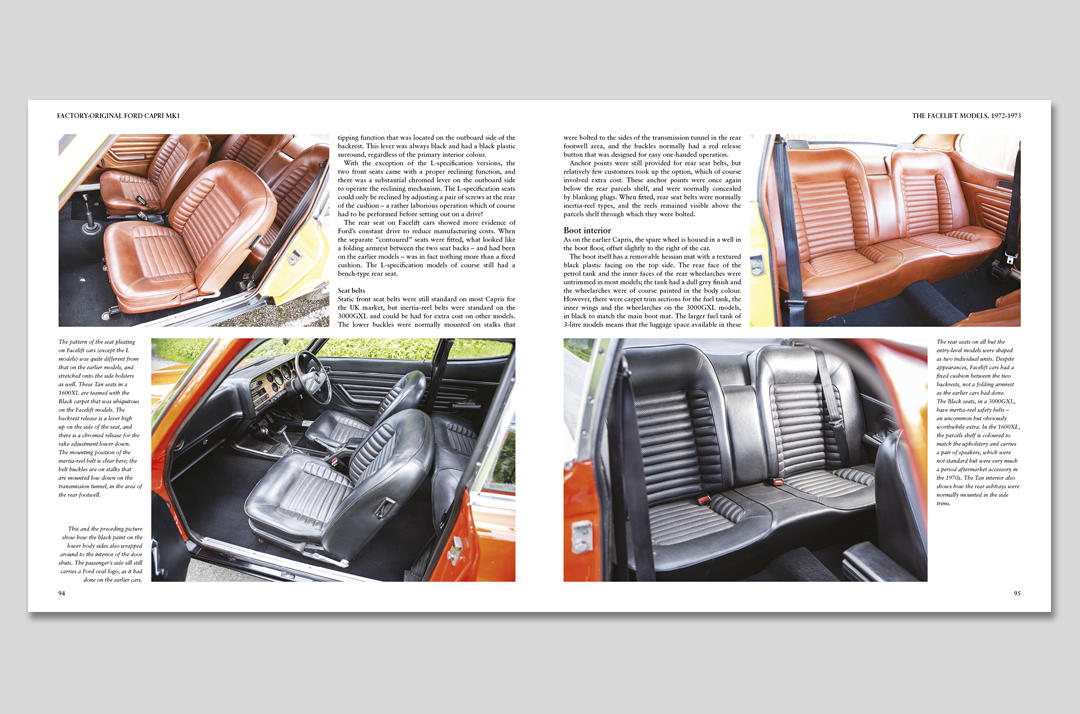 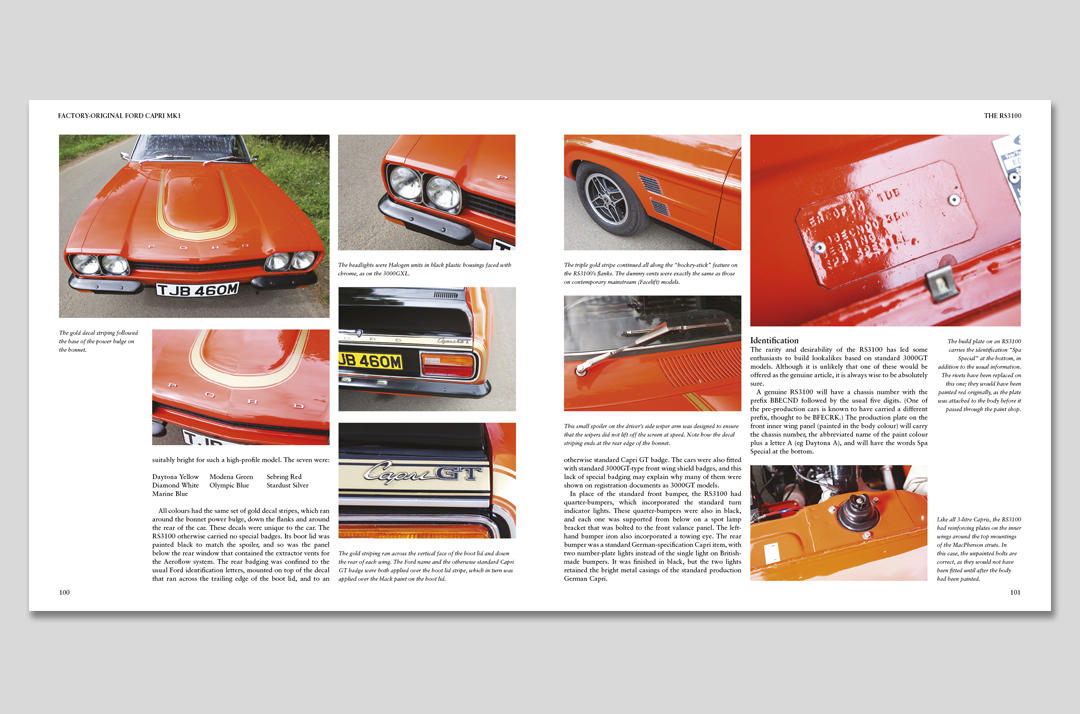 Inspired by the success of the Ford Mustang “pony car” in the USA, Ford UK launched “The Car You Always Promised Yourself” in 1969 and it was an instant hit, with its long bonnet, sleek 2+2 coupé styling, and low stance. Right from the start a big choice of engines was planned, from a 1300cc four-cylinder to a 3-litre V6, with GT variants of some as well. Then there was  an almost bewildering range of spec and trim levels from L to XLR on offer, so that buyers needed to study the sales catalogue very carefully before placing an order. An upgrade in 1972 introduced the overhead-camshaft Pinto engine to the 1600 and 2000 models, along with a front-end facelift and a new dash layout, and the legendary limited-production RS3100 appeared briefly before the Mk1 range was replaced in 1974.

These classic Fords now have an almost fanatical following, supported by some very active owners’ clubs. Good examples are eagerly sought, and with prices rising restoration has become a very viable proposition.

An astonishing 39 variants of the Mk1 Capri were offered at launch in Britain, so they really need to be identified. This book does the job, taking the reader right through the production period and pinning down the correct factory specifications, equipment and finishes across the range, including the RS3100 and the factory “specials”. This information is backed up by in-depth colour photography, specially commissioned for this book, of 10 outstanding examples of the cars, original or restored to original condition. Body panels, external trim and badging, interior trim, dash, instruments and controls, underbonnet components, engine and transmission, lamps and other features are all covered.

Prodution changes, production dates and numbers, engine and chassis numbers are dealt with, and there is a section on the aftermarket specials – convertibles by Abbott, Crayford and Carbodies, and performance Capris including the Broadspeed Bullitt, the Crayford Exterminator, the Perana and the Uren Comanche. There is also information on Capris built outside the UK.

In this book the text combines with 295 pictures, nearly all in colour, to give a more comprehensive guide to the Capri Mk1 range than has been attempted before, thorough enough to satisfy the most ardent enthusiast for these stylish and desirable cars, and detailed enough to provide answers to questions about originality.